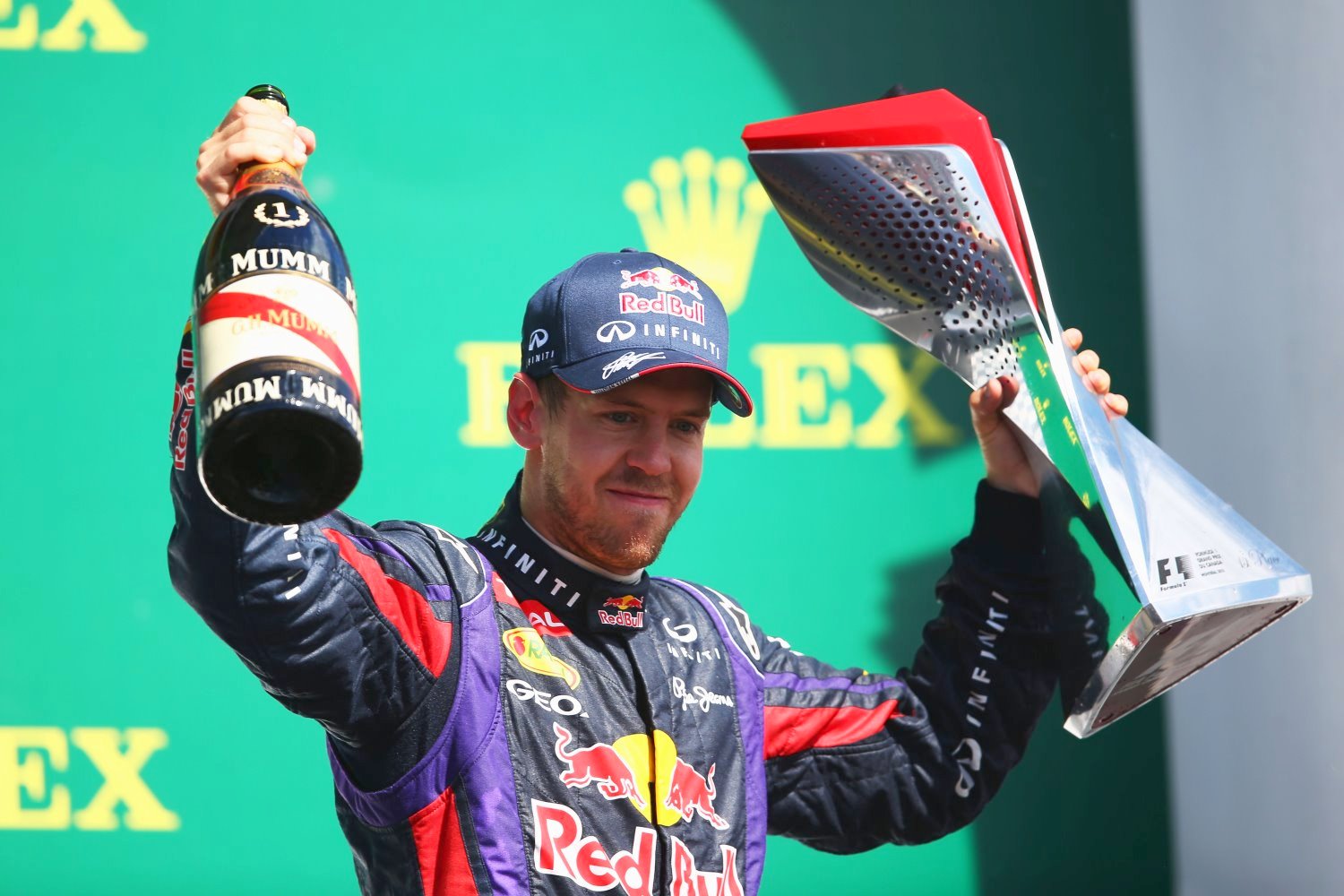 Whitmarsh keeps 'wild' Alonso rumors in headlines
(GMM) Martin Whitmarsh is keeping "wild rumors" in the headlines that Fernando Alonso could return to McLaren in 2014.

Ferrari's Spaniard denied the speculation yet again when it emerged earlier in Korea, but McLaren boss Whitmarsh says the team "could afford" to sign F1's highest-paid driver.

The suggestions about McLaren's ability to pay Alonso follows reports the great British team, locked in a performance slump this season, has recorded a financial loss.

"We could afford to bring Alonso here next year," Whitmarsh is quoted by the Guardian.

"I shouldn't be stoking wild rumors of his return in 2014 but would we welcome him back, be delighted to have him back in the team? Of course we would."

The rumors are being further stoked by Alonso's continuing obvious frustration at Ferrari, where he qualified just sixth on Saturday.

Speed Week quotes him as saying he is getting used to being outpaced by Red Bull.

"It has been the same for the past four years," said Alonso, who joined Ferrari in 2010, "and now we are the fourth fastest team in the field.

"But we have been able to fight for the title three teams, so we can be proud," he added.

"Fernando deserves to be champion, but mistakes have been made and that may have caused frustration," the Frenchman told Spain's El Pais.

"It is true that he has also not had much luck, but the combination of Red Bull and Vettel is very difficult to beat.

"Where I disagree with him is you can't really blame Ferrari; if he was always in the middle of the field I could understand, but the car has always been quite competitive.

Just as insiders wondered why crowds keep booing the German on the podium, Vettel crassly explained Red Bull's dominance by saying his team works hard while his rivals "hang their balls in the pool".

"He should really think harder about what he says, especially when it's about his colleagues."

Vettel's countryman Nico Rosberg was particularly critical of the 'balls' comments, and he told Bild am Sonntag newspaper he stands by his harsh rebuke.

"I did it very consciously," the Mercedes driver said.

"His criticism was directed at all of us, and so also at my boys. It was incorrect.

"I could have gone just to him and said 'Sebastian, that was shit', but to me it was important that more people heard it than just him and me," added Rosberg.

Not surprisingly, the Red Bull camp is standing by its world champion.

"His message was just that we are always the last to leave the paddock, and you could easily check," Dr Helmut Marko told Sport Bild.

But also some of Vettel's rivals are not quite as critical as Rosberg.

Force India's Adrian Sutil said: "Maybe they are not working harder than the rest of us, but they are definitely doing something better than us."

"The problem is that when you're ahead, winning races and championships, you're thinking differently — but it always comes to an end."

Rosberg's Mercedes teammate Lewis Hamilton, however, stirred the pot some more when he was asked why Red Bull and Vettel are dominating.

"Maybe they're working for more hours than they are allowed — who knows?" said the 2008 world champion, hinting Red Bull might be breaching the resource restriction agreement rules.

Marko hit back: "Hamilton should look very closely into how many people are working on his engine."

F1 legend Alain Prost played down suggestions he might be depressed that 26-year-old Vettel is about to equal his career-long achievement of four world titles.

"The present has nothing to do with the past," the Frenchman told Spain's El Pais.

"Now, if you have a good car and a good team, you know you're up there."

Finally, Ferrari's Fernando Alonso had some advice for Vettel about how to deal with his current unpopularity.

"When I was world champion, the fans booed me," he recalled.

"When I wasn't winning anymore, I was suddenly popular. But I'd rather win than be loved," Alonso insisted.

That is Mercedes boss Ross Brawn's warning ahead of the Korean grand prix, as Red Bull figures hint that Vettel's crushing dominance in Singapore might have been exaggerated.

Indeed, there are fewer tighter corners to accentuate the traction of the Red Bull in Yeongam, and the times have been closer this weekend.

But ahead of Sunday's race, Brawn said: "I don't think we saw a long run from Sebastian (in practice).

"We haven't seen his true pace yet, but hopefully we won't get a repeat of Singapore."

Telegraph correspondent Tom Cary, however, thinks only "a gust of seriously bad luck or a typhoon" will blow Vettel off course.

Second on the grid is Mercedes' Lewis Hamilton, and he sounds pessimistic about beating Vettel on the heels of the German's crushing dominance in Singapore.

"I can imagine it's frustrating for the audience," the Briton told Germany's Frankfurter Allgemeine Zeitung newspaper.

"There is a car that gets to the line 30 seconds before the others, and so the viewers aren't seeing any real racing or a wheel-to-wheel battle.

"Of course it's boring for them if they know after the start what's going to happen," he added.

The only bright spot of Sunday's likely Vettel walkover is that it might be the last-ever race at unloved Yeongam.

"I'm struggling to think of a worse one of the current lot than Korea," admitted McLaren sporting director Sam Michael.

The upside is that the apparent refusal of spectators and sponsors to attend the race is that it is "the most relaxed weekend of the whole year", Mercedes' Hamilton admitted.

"Here we don't really see many people except the two receptionists at my hotel," he smiled.

He made his comments as Ferrari contemplated why it has steadily fallen away in 2013, particularly after Pirelli's mid-year switch from steel to kevlar internals.

The departing Felipe Massa, however, was not quite on-message at Yeongam, where Ferrari has clearly trailed not only Red Bull but also Mercedes and Lotus.

Teammate Fernando Alonso on Saturday hit out at the questionable "quality" of the tires, and now Massa has told O Estado de S.Paulo that the mid-season specification change clearly hit Ferrari's hopes.

"You can see how some teams went forward while others went back," said the Brazilian.

"And when you look at Sauber, I don't think they changed the whole car and that's the reason why they are going faster," Massa added.

When it became clear Sauber intends to field the teenager Sergey Sirotkin in 2014, many insiders said pairing him with the struggling Mexican Gutierrez made no sense.

Indeed, the 22-year-old has struggled throughout his rookie F1 season, but suddenly in Singapore he broke into the 'Q3' qualifying segment for the first time.

And now in Korea, he has qualified a new career-best of eighth, as it becomes clear Pirelli's steel-belted tires suit the formerly-languishing 2013 Sauber.

But Gutierrez says he has undergone a radical change too.

"I said it in Singapore," he told Spain's Marca newspaper.

"Once you know you can do it, especially when you were coming from a critical moment, it is a drastic change.

"The pressure was very high, not only on the team but on me as well."

So what has changed? The prospect of dropping out of F1 after just a single season?

"My whole approach to the entire weekend," Gutierrez explained.

"I was very conservative, obviously because I was a rookie and I wanted to build from something reasonable.

"I was trying not to risk always, not to make mistakes, and sometimes it makes you just not fast.

"There came a point where maybe I had turned to being automatically conservative," he added.

So by taking a new, sharper-edged approach to F1, Gutierrez thinks he has finally turned the corner.

But he admits to dealing with some "very difficult" lows prior to making the breakthrough.

"When you get to those moments with pressure or difficulty, and you do not see a solution, and then you manage to change it, it becomes very powerful," said Gutierrez.

"It makes you much stronger," he insisted.

Ferrari's Alonso said on Saturday the "quality" of the Italian marque's 2013 products are "very on the edge", to which Pirelli boss Paul Hembery hit back.

"I can only suggest he goes to ask the soon-to-be four time champion how to get the best from the same tires," said Hembery.

It is believed Hembery approached Alonso on Sunday and apologized for the harsh rebuke, but after the Korean grand prix Pirelli was fighting on another front.

Before retiring with a spectacular KERS fire after a crash on Sunday, Red Bull's Webber suffered a tire puncture, caused by the debris of what the Australian described as Sergio Perez's tire "explosion".

Webber accused Pirelli of being unconcerned about driver safety.

"I think I got a Pirelli puncture from a Pirelli tire," he lamented.

Pirelli entered F1 with a brief to spice up the racing by supplying tires that degrade quickly. On Sunday, a frustrated Lewis Hamilton said on the radio he lost ground with a set that was "f****d".

"It's strange, you know," the Briton said afterwards. "Me and Fernando in fifth and sixth at the end having our own little race, yet we are of a higher caliber than that."

And Webber is quoted by the BBC: "The drivers aren't super important (to Pirelli) — it is what other people want."

If Alonso finishes lower than eighth on Sunday at Suzuka, and Vettel wins a fifth consecutive race, the German will wrap up the championship with four races still in his pocket.

The McLaren driver was travelling between Turns 2 and 3 when his structure blew up, causing major damage to the front of his car in the process. But instead of an outright failure, Pirelli Motorsport Director Paul Hembery said the issue was brought on.

"Regarding Sergio Perez's front-right tire issue we have been able to determine very quickly that it was the result of a flat spot caused by a lock-up under heavy braking," said Hembery, whose brand introduced tire changes in Germany and Hungary. "We're on exactly the same construction as we raced here last year, so there's no underlying problem, while flat spots or punctures have always been an integral part of racing."

Red Bull's Mark Webber was critical of Pirelli while speaking to reporters after the race, the Australian predicting that the company would pin the blame on a flat spot.