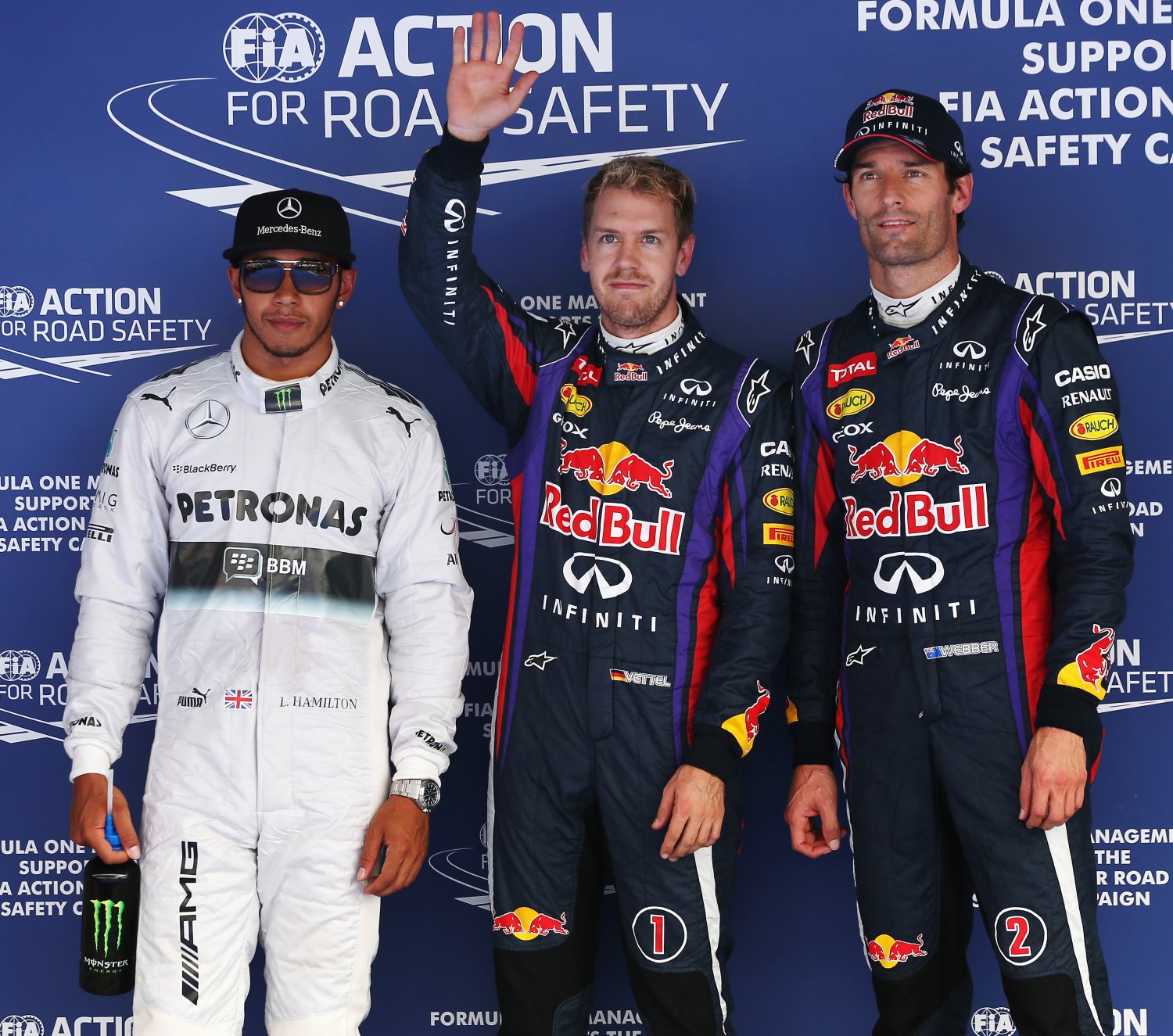 The report said the 46-year-old, who last raced in F1 for Toyota in 2002 and is now a pundit on Finnish television MTV3, is facing charges for tax fraud.

He was reportedly arrested at Helsinki-Vantaa airport after returning from the recent Singapore grand prix.

An official said: "The suspects deny committing any crime."

Red Bull's car, not driver, 'unbeatable' – inferior Hamilton
(GMM) He is on the cusp of an ultra-rare fourth consecutive world championship, but Sebastian Vettel is not the best driver in the F1 field.

That is the view of Lewis Hamilton, who said his old McLaren teammate Fernando Alonso is better than the German.

"Fernando is the strongest driver I've raced against in my life," the Briton told Germany's frankfurter Allgemeine Zeitung newspaper.

As for Vettel, Hamilton added: "He is not unbeatable; his car is unbeatable."

But Hamilton, the 2008 world champion who now drives for Mercedes, said Red Bull's Vettel will surely win the 2013 title.

"When I see him on Sunday before the start of the drivers' parade, I'll probably congratulate him," he said. [Of course this is just Hamilton being jealous after reading our article on Sebastian Vettel which proves Hamilton isn't but a pimple on Vettel's posterior]

F1 in Korea for 'last time' – Vettel
(GMM) According to Sebastian Vettel, Sunday's grand prix will be the fourth and last in South Korea.

The unpopular race at remote Yeongam has been given a provisional date on the huge 22-race 2014 calendar.

But "I have heard that we are here for the last time," world champion Vettel, who is famously close to F1 chief executive Bernie Ecclestone, is quoted by DPA news agency.

A banner at the entrance of the paddock at the circuit this weekend reads: "Thank you Mr. Ecclestone for 2013 F1 Korean grand prix".

Race promoter Won-Hwa Park, however, insisted Korea's F1 dream is not over yet.

"We are still negotiating with Mr. Ecclestone," he said.

The organizers wanting a reduced race fee for 2014 and beyond — something Ecclestone is unlikely to agree to.

"More than 20 is just too much," she told Die Welt newspaper.

"With the structure of the teams at the moment, it (22 races) is not possible."

Barrichello admits desire for F1 return
(GMM) Rubens Barrichello has admitted he is interested in returning to formula one.

Out of the sport since losing his Williams seat in 2011, the hugely-experienced Brazilian has reportedly put together a sponsorship package and is in the running to drive for Sauber next season.

And Barrichello, 41, wrote on Twitter: "Lots of things have been said this week about a possible F1 return.

"The truth is: if there is an opportunity, I'm in."

His friend and compatriot Felipe Massa, who is also fighting for a seat in 2014, said he would welcome Barrichello back to F1.

"He cannot stay at home," smiled Massa, referring to the fact Barrichello is now a commentator for Brazilian television Globo.

"Hopefully it will be possible for him to return, because it has to do with the financial side at Sauber," he told Totalrace.

Official says Valencia's F1 foray ended
(GMM) Valencia, already absent from this year's calendar and also not scheduled to host a race in 2014, has called time on its formula one foray.

Race chief Gonzalo Gobert is quoted by El Mundo Deportivo newspaper and the EFE news agency as admitting the city "will stop doing formula one".

There were suggestions Valencia could return, alternating a single annual race date with Barcelona, but "the Circuit de Catalunya refused", said Gobert.

"You cannot be a spouse if the other one doesn't want to marry," he joked.

Gobert said negotiations with Bernie Ecclestone are now taking place, so that Valencia is not penalized for breaking its race contract.

He also said moving the race from the streets of the port city to the permanent Ricardo Tormo circuit was "not contemplated".

Valsecchi 'not favorite' for Lotus race seat
(GMM) Davide Valsecchi, the reigning GP2 champion, is not the favorite to replace Kimi Raikkonen at Lotus next year.

Referring to 26-year-old Italian Valsecchi, who is the Enstone based team's current reserve driver, team boss Eric Boullier said there are two other candidates with a stronger chance.

"Massa and Hulkenberg are strong candidates," he is quoted by Tuttosport, "but there are many other names (in the running), to be honest.

"Felipe and Nico are not the only ones on the list. There is also Davide.

"It is true that his lack of experience, compared to Felipe and Nico, does not make him the favorite, but he is obviously on the list," Frenchman Boullier added.

Alonso hits back at latest McLaren rumors
(GMM) Fernando Alonso has hit back at the latest reports suggesting a move to McLaren for 2014 is still a possibility for the Spaniard.

Some Italian journalists, and also the British broadcaster Sky, said that despite the initial speculation having faded in recent weeks, Alonso's departure from Ferrari to re-join his 2007 employer McLaren is still on the cards.

"If Alonso was free, we would still be interested," Germany's Auto Motor Sport quoted McLaren team boss Martin Whitmarsh as saying in Korea.

Alonso, however, hit back at the latest reports.

"People write what they want," he reportedly said.

"I can't do any more than say that I am staying at Ferrari."

Raikkonen denies crash due to fading motivation
(GMM) Kimi Raikkonen has denied his motivation is fading as he sees out his last few races at Lotus.

The laconic Finn is returning to his former team Ferrari next year, and on Friday in Korea he made an ultra-rare mistake and crashed heavily.

In fact, it was Raikkonen's first significant incident since his return to F1: "It must have been about 2008," the 33-year-old is quoted by Speed Week.

He is out of the running for this year's world championship, and reportedly racing without pay for the time being.

Is Raikkonen's motivation on the wane?

"For me, nothing changes," he insisted. "The title is gone but I still fight for wins and podiums.

"The fact that I have signed for another team changes nothing, as I'm not interested in just rolling around."

When asked about his back injury, Raikkonen said it feels "ok" in Korea, even though he admitted he is deliberately dodging some of the harshest curbs.