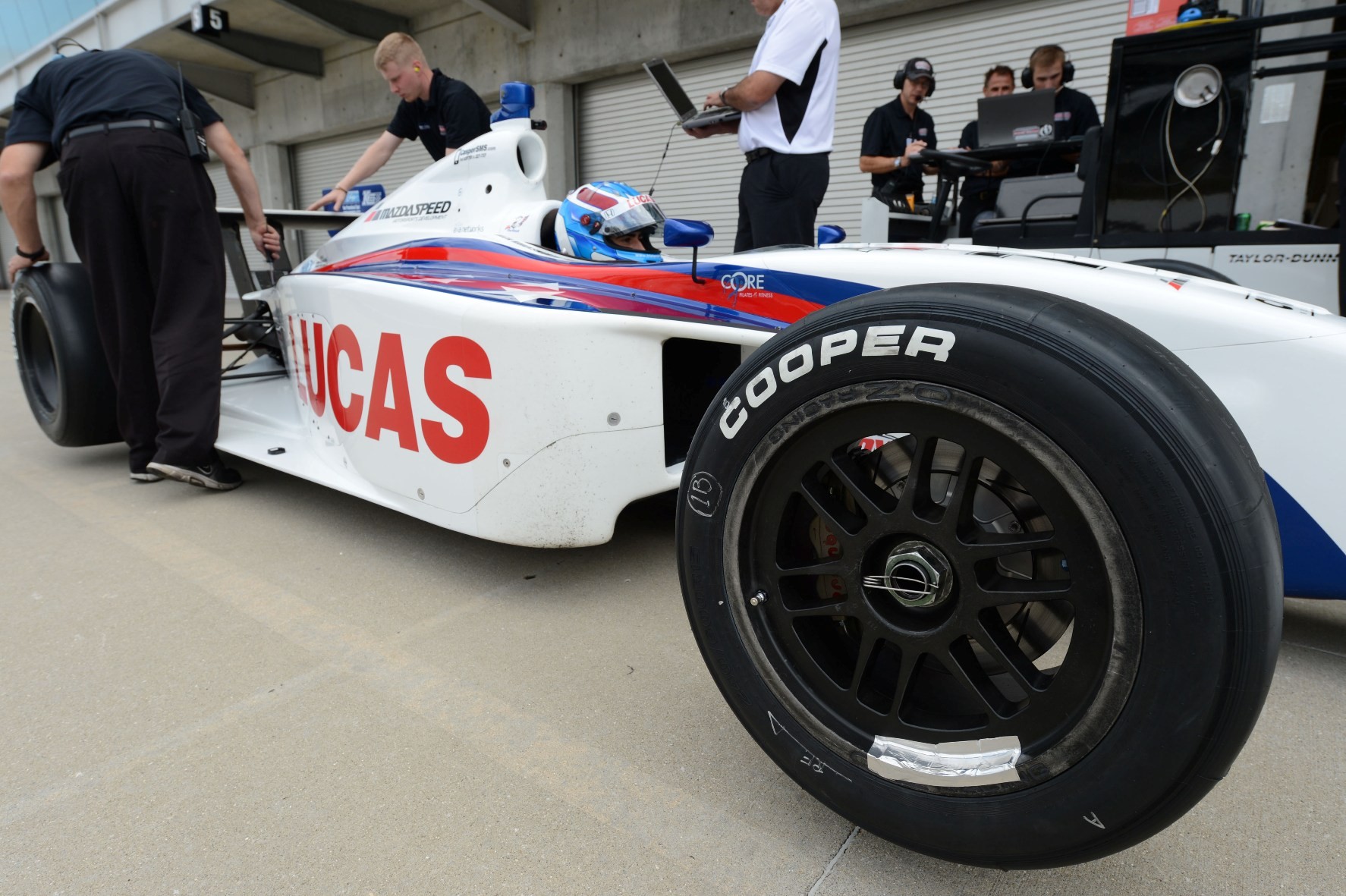 Following an announcement in late August by Andersen Promotions that Cooper Tires will be the Official Tire of the new Indy Lights Series beginning in 2014, the Findlay, Ohio-based manufacturer has hit the ground running. Cooper Tires completed an extensive six-day tire test with five drivers at four circuits representing a mix of oval and road course venues.

“We had great conditions in Sebring to try out the new Cooper tires for Indy Lights next year," noted Munoz, who finished an impressive second in this year’s Indianapolis 500 in his IZOD IndyCar Series debut. “They were really consistent – nice tires. Of course they will take some getting used to for the crews and drivers, but they will be good for the series. I hope that I was able to help out the series, and I’m looking forward to seeing how they progress next season."

“It was a pleasure driving for the Andretti Autosport team on the new Cooper Tires," said Daly, who made his Indianapolis 500 debut this year. “It’s great to see a tire manufacturer putting in a big effort with development and testing before getting involved in, for them, a new championship. I’m excited to see how the tire progresses after the work we were able to do at the Indianapolis Motor Speedway."

Vautier continued his testing duties at The Milwaukee Mile on September 20/21 with Indy Lights race winner Stefan Wilson – who made his IZOD IndyCar Series debut at Baltimore – joining him under the Schmidt Peterson awning.

"I really enjoyed working with the Cooper Tire guys," said Vautier. “They did a great job bringing good oval tires straight out of the box and we made a lot of progress throughout the testing program. Leaving Milwaukee, I can see a lot of promise and potential in these tires."

"Today was really productive," said Wilson at the conclusion of the test on September 23. “Cooper Tires is in the final stages of selecting the road course compound. As an Indy Lights graduate myself, I know how important it is to have a reliable tire underneath you. It's a great honor to be one of the drivers helping Cooper find the best compound for the future of Indy Lights.

“Myself and Peter were working on two different programs, with Peter trying different compounds and myself evaluating tire life. It was pretty clear from the tires that I tried which one worked best all round, and it was great that Peter had similar feedback. It was great to work with the Belardi Auto Racing team, a team of true professionals. I owe a big thank you to Cooper Tires, Brian Belardi and the rest of the Belardi Auto Racing team for the opportunity to test with them, and for all their hard work during the test."

Based on feedback from the drivers and evaluation from Cooper Tire technicians, a decision has been made on the tires that will be used for road course and short oval races in 2014. The company is evaluating an additional test at either Indianapolis Motor Speedway or Homestead-Miami Speedway for result verification on a larger oval.

“It’s been a whirlwind two weeks of testing at four tracks with several variations," said Chris Pantani, Director of Motorsports for Cooper Tire. “I want to personally thank all the teams, drivers and staff involved in making this happen. We are excited with the outcome and look forward to upcoming individual team testing."

In addition to being the Official Tire of the entire Mazda Road to Indy in 2014, Cooper Tires headlines the Cooper Tires Prototype Lites Championship Powered by Mazda development series and is a supplier to teams in the TORC Series and GRC (Global Rallycross). Cooper Tire is also an official partner and sponsor of Professional Bull Riders, Inc. (PBR).

“I am extremely pleased with the feedback from the drivers and teams who participated in our tire testing," said Dan Andersen, Owner and CEO of Andersen Promotions. “Cooper Tires’ commitment to providing the best product is underscored by how quickly they were able to have our teams out testing to ensure great tires for next season, with Chris Pantani personally attending the tests. I know I am repeating myself but Cooper is just a fantastic partner, and we have a lot to look forward to next year with Indy Lights."