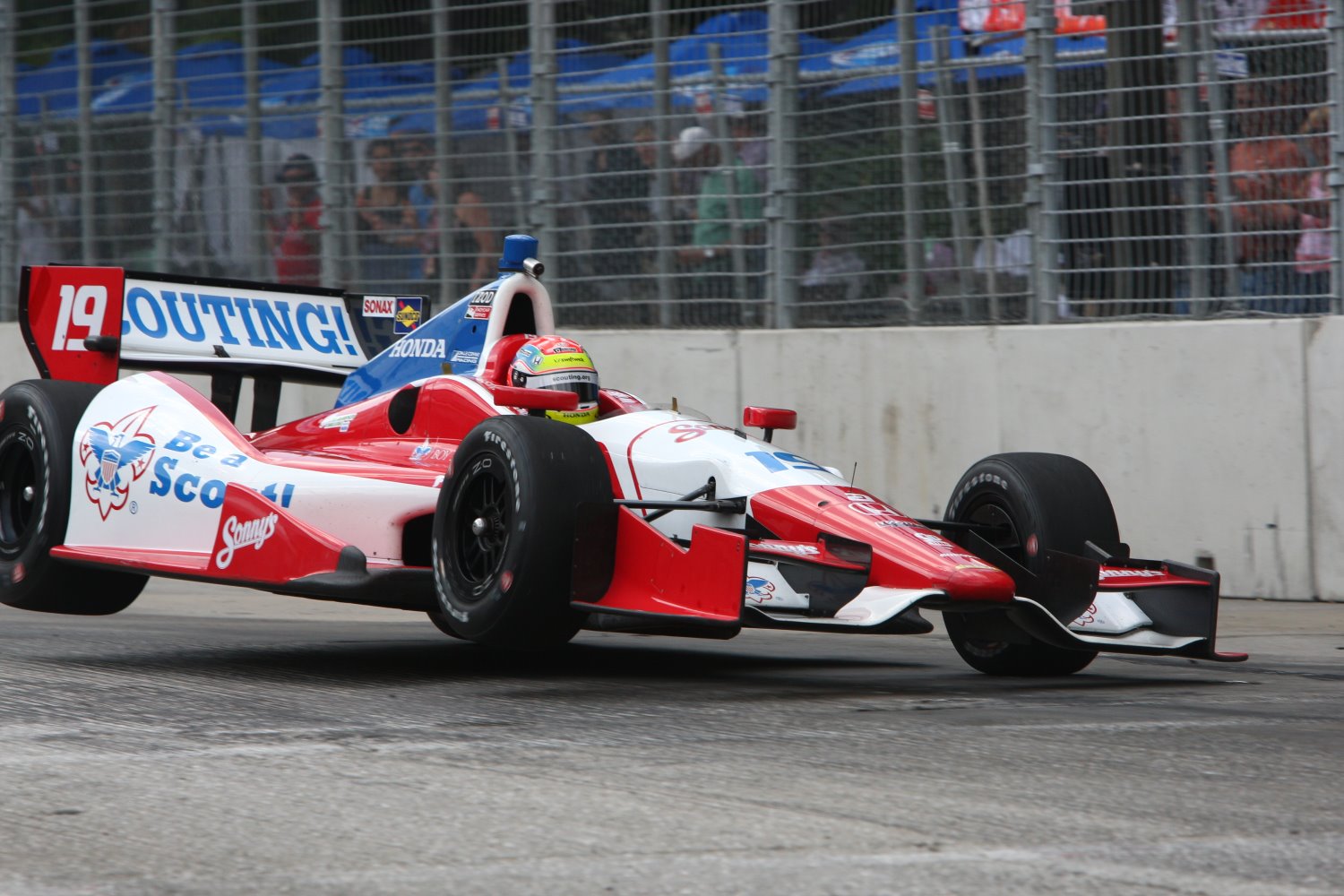 “Baltimore is so bumpy," racer Justin Wilson said. “You don’t spend much time actually on the concrete surface. You’re usually in the air. It’s bit of a hovercraft."

The red caution flag waved about halfway through IndyCar’s first practice, which was at 11 a.m., as Wilson’s brother Stefan, went off track at turn five on West Conway Street.

“It doesn’t really take much to lock a wheel and find yourself in a tricky position," Stefan Wilson said. “So I was definitely conscious of that going into my first practice session. I just wanted to make sure that I run every lap."

Kanaan flipped over this year’s points leader, Helio Castroneves, in a practice run at the inaugural race in 2011, in which the weather was similarly hot. He was forced into a backup car that year. But he doesn’t expect the course’s unpredictability to be a problem again.

“It's always fun to come here," Kanaan said. “There are a couple tricky points. We all know the famous railroads and the chicanes and a couple corners that have to be paved. So it’s one of the toughest ones. It’s extremely technical and very bumpy and physical."

That physicality showed in the second practice, when, with more rubber on the concrete, competitors began pushing the pace.

Tristan Vautier had the day’s fastest lap — 1 minute and 19.48 seconds — more than a second and a half faster than Power’s first-practice top time. Several racers went airborne after hitting the chicane in the faster second practice.

“It just kept going faster and faster for us," Vautier said. “I love this place. It went really well for us."

And Stefan Wilson noted that the handling improved as the day went on, and he expects conditions to be right when Sunday arrives.

“The track does get grippier every time out," he said. “In the last five minutes … it cleaned up." Baltimore Sun