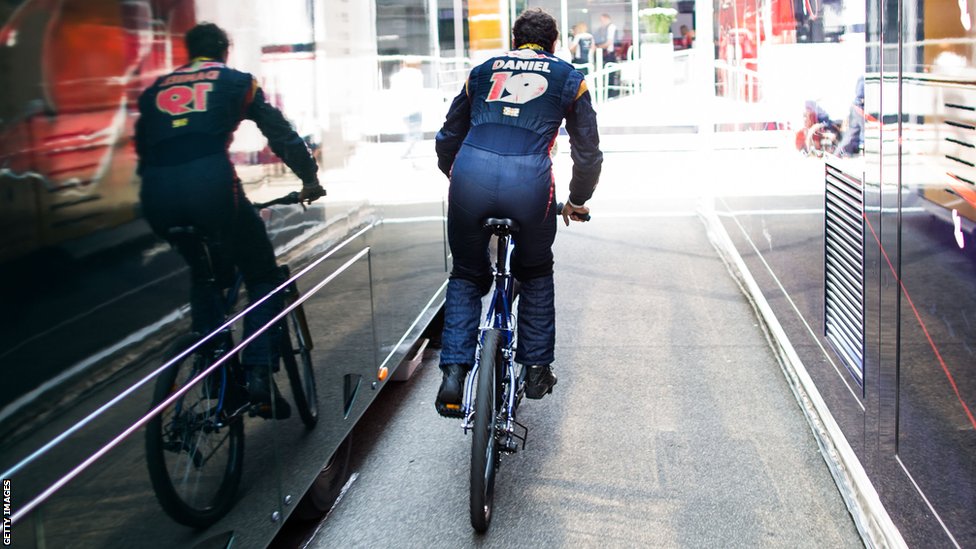 (GMM) Daniel Ricciardo has confirmed reports he would be a tight squeeze at the wheel of Red Bull's 2014 car.

We reported on Thursday that the Australian, the hot favorite to replace his countryman Mark Webber at the world champion team, hit a snag this week when he had a seat-fitting in the cockpit of the 2014-spec RB10.

Designer Adrian Newey is known for his tight-fitting cars, and European media reports claim Ricciardo's hips are wider than Webber and Sebastian Vettel's.

"Even when I signed for Toro Rosso we had to do a few seat fits and they did some scans to make that particular part of the cockpit a bit wider, so that we're not sitting on the actual carbon fiber.

"I can't do much about it. Even if I go on a massive diet my hip bones aren't going to change."

Ricciardo insisted, however, that his hips are not going to hurt his dream of switching to F1's premier team.

"No chance," he grinned. "I'd shave my hips if necessary. I might die of blood loss but it would be worth it!"

He is not confirming Webber's recent cat-out-of-the-bag announcement that he has secured the 2014 seat — but Ricciardo is at least starting to drop big hints.

"Oh ok, I'll just come out and say it," he said. "I moved to Monaco last week. There," said Ricciardo, who has lived in the UK for the last five years.

Moving to the tax-haven is a sure sign Ricciardo's income is about to soar.

"Until something is done I'm not getting too excited," said the Perth-born driver. "Then if it doesn't happen I won't kill myself."