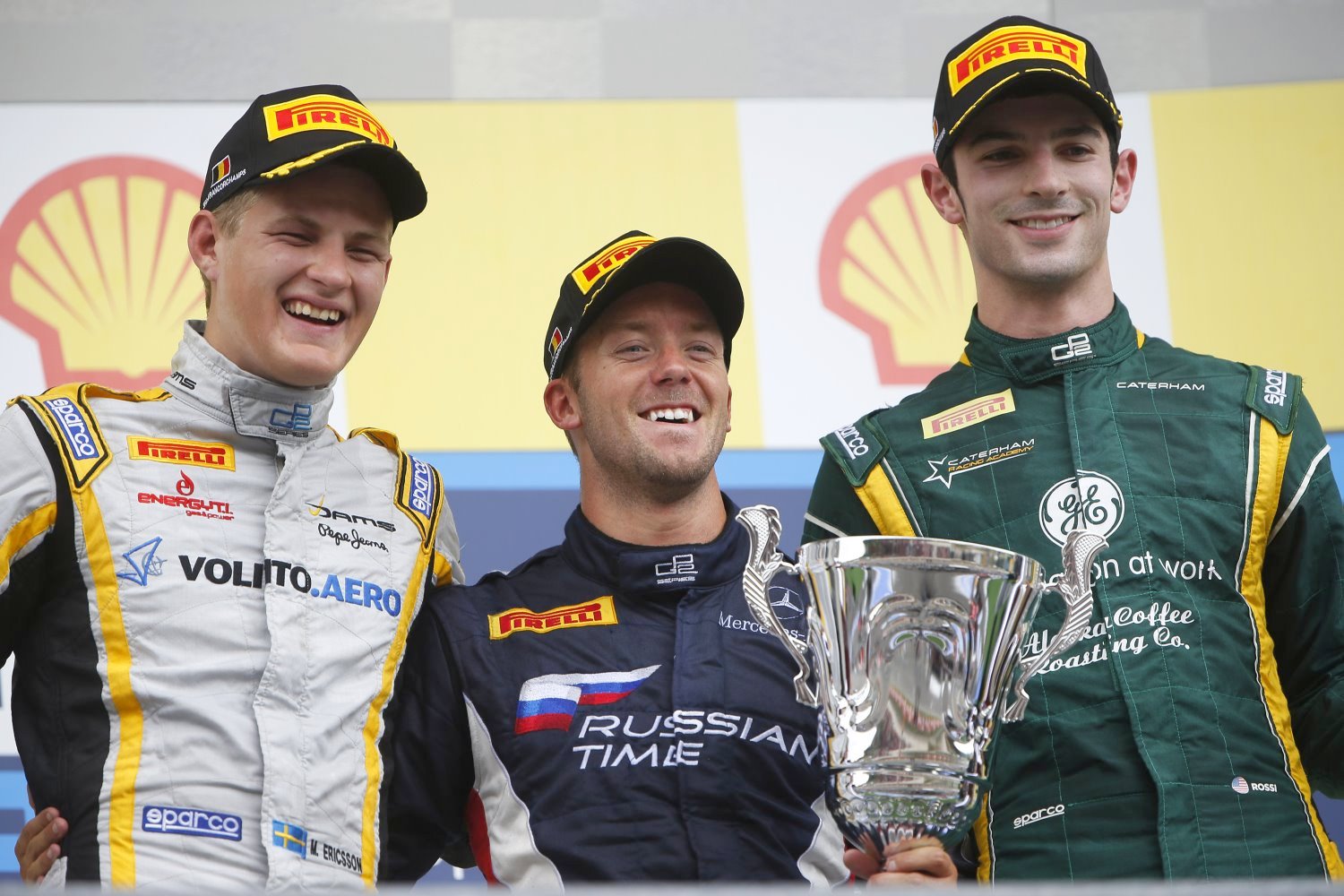 Sam Bird has claimed a dominant victory as his title rivals fell away in dry but overcast conditions, easily dispatching the competition as he picked up his fourth win of the season in this afternoon’s feature race at Spa-Francorchamps ahead of Marcus Ericsson and Alexander Rossi.

The Englishman’s win was set up at the start, when a solid start from pole allowed him to lead James Calado, who made a faster getaway but was on the outside of Bird at La Source, Fabio Leimer, who was slow to get off the front row, and Rossi, who made a great start and picked up a spot when Ericsson went wide at the corner.

Behind them Jolyon Palmer also squeezed past Ericsson, who soon lost out to a fast charging Felipe Nasr at La Source, just before a safety car period for Daniel De Jong, who hit the wall at Eau Rouge: when the race went live Nasr tried to dive inside his teammate at La Source but the pair came together, with the Brazilian out on the spot and losing his chance to take the championship lead.

Meanwhile, Stefano Coletti had put his puncture blues from yesterday behind him to push up into the points: the Monegasque driver had a great start and was setting fast times to push up to P3 when he stopped on lap 12: a slow stop dropped him back down the order, and damage picked up when Dani Clos ran into his back out of Eau Rouge meant his hopes of extending his points lead were over.

With Bird well ahead of his rivals after a solid stop and just waiting for the last drivers to make their own pitstops, all eyes were on the fierce fight between Ericsson and Rossi: the American was fast everywhere, but the Swede had all the answers, easing home just over a second to the good, but seven seconds behind a cruising Bird when the checkered flag dropped. Fabio Leimer minimized the damage by coming home a quiet fourth, with Tom Dillmann and Julian Leal slotting home behind the Swiss driver. Stephane Richelmi held off a late challenge from James Calado, who was undoubtedly disappointed with his slow stop but at least salvaged P8 and tomorrow’s pole position, with Hilmer duo Robin Frijns and Adrian Quaife Hobbs picking up the last points of the race.

With the title leaders failing to score there is no change at the top of the championship table, with Coletti still holding on from Nasr by 135 points to 129, while Leimer closes up on 122 points, one ahead of Bird, and Calado is in P5 on 94 points ahead of Ericsson on 82 ahead of tomorrow’s sprint race.