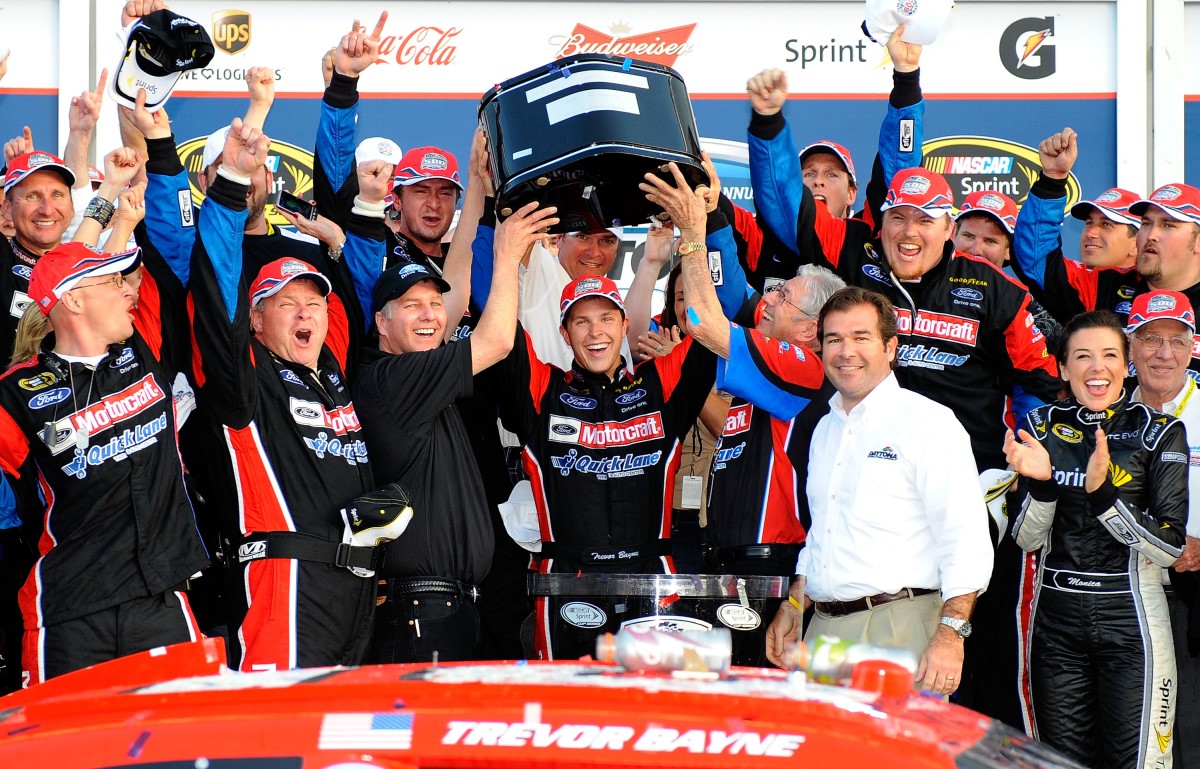 Trevor Bayne is resigned about doing another full season in NASCAR’s second-tier series instead of moving full time to Sprint Cup next year as he’d hoped. Roush Fenway Racing confirmed this week that the 22-year-old Tennessee native will stay in Nationwide, next year with backing from AdvoCare. The health-and-wellness company has sponsored Nationwide driver Austin Dillon the past two seasons but didn’t want to advance with him to Cup in 2014.

“My will and desire and goal is still a full-time Cup ride, but Jack couldn’t do that next year without a full-time sponsor," Bayne said Friday at Bristol Motor Speedway. “And it’s really hard to get a Cup sponsor right now. This [new deal] lets us build and grow forward with AdvoCare. To me, it’s worth it to build that long-term relationship. It would be different if I was coming back to Nationwide just for the sake of running Nationwide, but that’s not the case at all.

“But this is a big opportunity for us. Heck, AdvoCare might not be ready for Cup right now, which is why they’re not going up with Austin. Maybe with another year in Nationwide … who knows, they might be ready to go Cup racing in 2015 or 2016? I’m only 22, so I’m not over the hill yet; I may be getting close, but not yet. Really, I’d like to be full-time in Cup right now, but if getting a sponsor like this means another year in Nationwide that will help for Cup later on, I’m good with that."