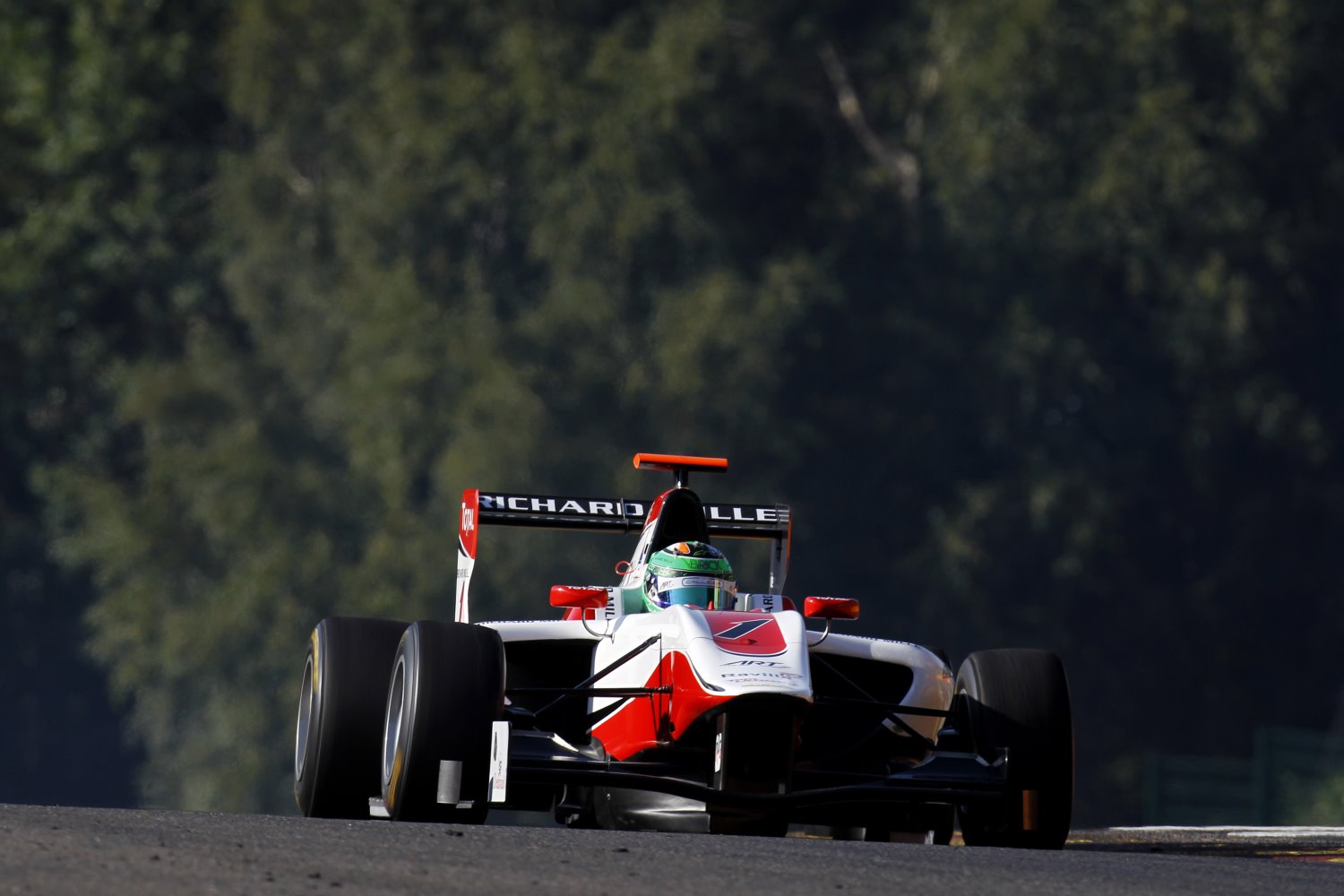 Following the four week break, GP3 Series returned to action at the legendary Spa-Francorchamps in Belgium for Round 6 of the 2013 season. The 45 minute session got underway in warm temperatures with glorious blue skies at a circuit notorious for its changeable weather conditions. There is one change to the driver line-up for this weekend with Alexander Sims stepping in at Carlin to replace Eric Lichtenstein this weekend.

The ART Grand Prix duo of Jack Harvey and Facu Regalia led the que of 27 drivers onto the track as the field completed their first laps on scrubbed Pirelli tires. Marussia Manor Racing’s Tio Ellinas was first to clock a time in the 2m08s until Koiranen GP’s Kevin Korjus bettered his time by a mere 0.032s.

Finnish teammate Aaro Vainio broke into the 2m07s barrier and held P1 for a large chunk of the session. As the drivers returned to the pitlane for a new set of rubber, it was Dino Zamparelli who lit up the timing screens in purple and shot to P1, over one second faster than Vainio.

The times tumbled in the final ten minutes with Patric Niederhauser (Jenzer Motorsport) claiming top spot until Series leader Ellinas became the first driver to lap in the 2m05s to reclaim back P1. MW Arden’s Carlos Sainz flew to the top of the timesheets in the dying moments but the session was to belong to American ace Conor Daly who went a tenth faster with seconds remaining.

Qualifying takes place at 09.45 CET tomorrow morning, who will get the vital four points for pocketing pole and what will the weather bring, wait and see!