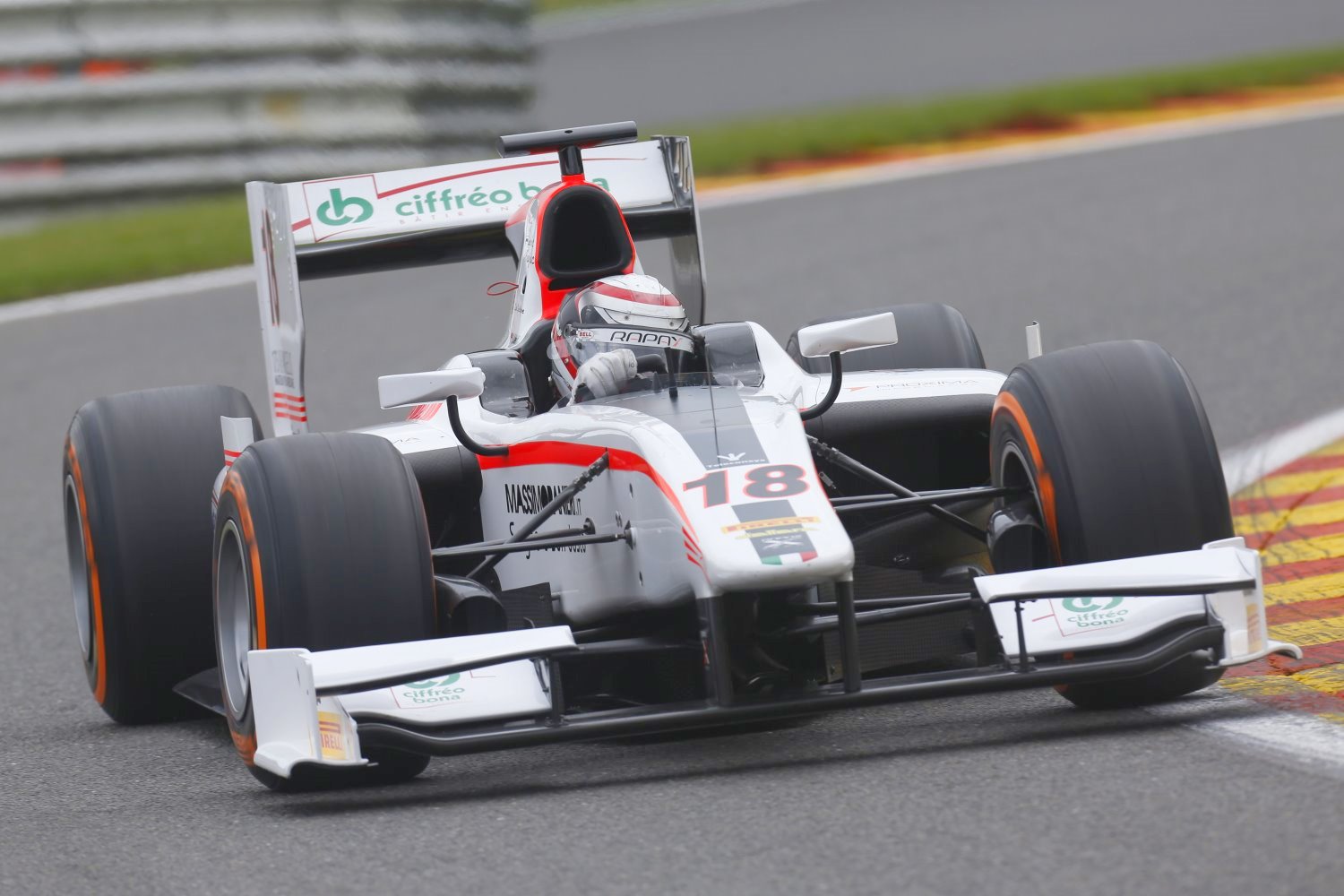 GP2 Series leader Stefano Coletti set the quickest lap time of today’s free practice session in Spa-Francorchamps. In the dying minutes, the Monegasque driver edged James Calado out of the top spot with a time of 1:58.386, a shy five hundredths quicker than the Brit. Fabio Leimer completed the top three.

The 2013 GP2 season resumed this morning in Belgium after a four week summer break. The session opened in cool temperatures and on a drying track following morning-long drizzle. The twenty-six drivers fed to the track as the pitlane opened on the Hard compounds. Alexander Rossi was quick to set the early pace, but it was Robin Frijns who was the first driver to break under the 2min barrier. The Dutchman who is back at the wheel of the Hilmer car this weekend improved on Rossi’s lap time by nine tenths. Frijns went even quicker on his following attempt and lapped the 7.004km track in 1:59.126.

At mid-session, Leimer found some extra pace to set a lap time of 1:58.581, half a second quicker than Frijns. Calado was also on a mission and moved up to P2 but he was dropped to third after Stéphane Richelmi improved on the Brit’s lap time. With ten minutes left on the clock, Calado put his head down and claimed the top spot going one tenth quicker than the Swiss, but in the dying minutes Coletti was able to go even quicker and finished the session at the top of the timesheet.

Behind the top three, Tom Dillmann was once again quick and claimed fourth ahead of Frijns, Adrian Quaife-Hobbs, Richelmi, Marcus Ericsson, Julian Lean and last race winner Nathanael Berthon. The forecast expects that it should be dry for today’s qualifying session, but the weather is never predictable in the Ardennes…