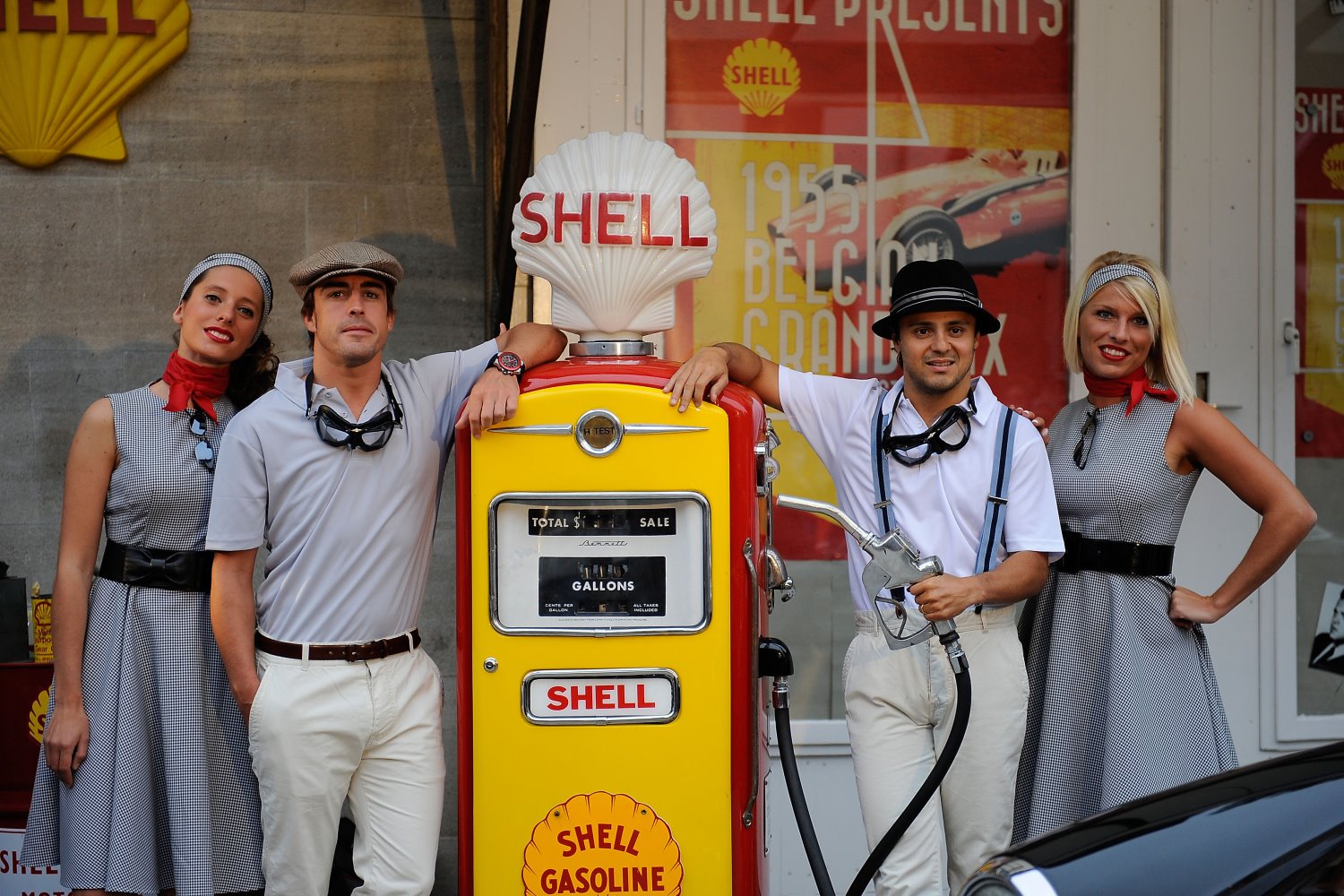 Today Shell offered media the opportunity to relive the budding years of Formula One, taking over a 1950s cinema in Malmedy for a special screening of its ‘1955 Belgian Grand Prix’ film.

Scuderia Ferrari official drivers Fernando Alonso and Felipe Massa joined guests at the retro venue to be immersed in a bygone era, surrounded by vintage 1950s cars, traditional cocktails and a boogie-woogie band in the evocative setting.

The Scuderia Ferrari drivers swapped their modern race suits for 1950s drivers outfits to give media a one-off photo opportunity before ushering guests into the theatre for the screening of the ‘1955 Belgian Grand Prix’ film – celebrating over 60 years of the Shell technical partnership with Ferrari in Formula One.

The two companies first joined forces to contest the inaugural Formula One World Championship together in 1950, a season that marked the beginning of a new era in global motorsport. Since then the collaboration has become one of the most long-standing and successful partnerships in the history of motorsport, contesting over 500 races together and winning 12 Drivers’ Championships and 10 Constructors’ Championships.

“We are very proud of our partnership with Ferrari and this event is a fantastic opportunity for us to showcase where our shared history began," commented Richard Bracewell, Shell Global Sponsorships Manager. “We have been working together for over 60 years and, although many things have changed in that time, the importance of this partnership to us is as great now as it was then."

With a period band setting the scene, guests were transported back in time to the early years of Formula One, taking in the sights, sounds, smells and feel of the young World Championship. Cocktails in hand, guests were free to explore the selection of classic 1950s cars, including a Ferrari 250 GT Boano, an Alfa Romeo Giulietta Spider Veloce, a Lancia Aurelia B24 Spider and a Fiat 600 Multipla.

As 1950s policemen walked the beat and grease-stained mechanics tinkered with the cars, members of the media were invited to bring the ‘50s setting to life by dressing in period clothing, with leather jackets, bow ties and fedoras proving the fashion hits of the day.