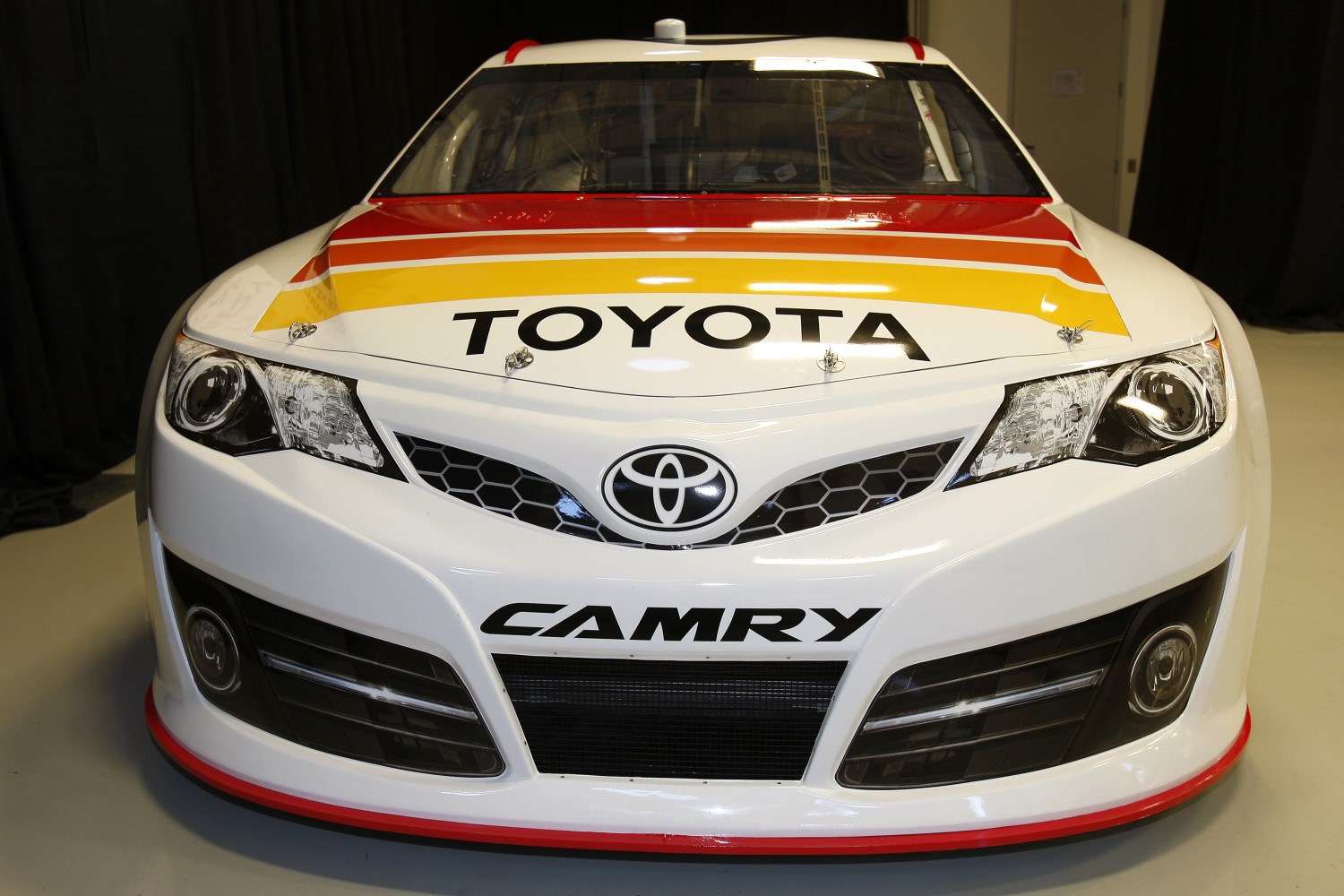 Toyota Racing Development in Costa Mesa builds engines for six NASCAR Sprint Cup cars, and leads the Cup series with nine victories this season. It's also had a rash of blown engines.

When he watches a NASCAR race on television, Greg Scott feels his heart sink if smoke suddenly billows from the cars of Kyle Busch, Matt Kenseth, Denny Hamlin or some other Toyota drivers.

The smoke usually means one of Toyota's engines blew up from the enormous stress placed on the power plants. "I take it hard," Scott says. "I don't feel good at all."

That's because Scott helps build the motors at Toyota's engine plant in Costa Mesa. But when his drivers win "it's exhilarating," said Scott, a 16-year veteran of Toyota Racing Development.

Toyota's engine facility is a fixture of NASCAR stock-car racing, and this season the supplier has been on a roller coaster. It's basked with Toyota drivers in Victory Lane in nine races. But it's also suffered engine failures at other races. Some Toyota drivers have grumbled about the engines' reliability and some have recently said they aren't powerful enough. TRD also was embarrassed by an engine screw-up that led to a major penalty against Kenseth this spring.

TRD's 160 employees provide the V8 engines for six Toyotas that are among the 43 cars that race each week in NASCAR's premier Sprint Cup Series, and it's the only Cup engine builder not in the Charlotte, N.C., area. That's where most Cup teams — along with the builders of the series' other two engine brands, Chevrolet and Ford — are based.

TRD engines lead the Cup series with nine victories in 23 races so far this season; Kenseth has four alone. Hendrick Motorsports is next with eight wins.

Toyota found itself in the spotlight early this season for some well-publicized engine failures that afflicted Busch, Kenseth and others.

In April NASCAR levied a whopping 50-point penalty against Kenseth (later reduced on appeal) after finding that a rod connecting one of his engine's pistons was too light by 2.7 grams. TRD said that was the equivalent of two cotton balls and made no difference in performance.

"It was an oversight on our part" by not ensuring the rod was the correct weight before assembly, TRD President David Wilson said. "Just a flat-out stupid mistake."

Avoiding such errors is just part of an engine builder's mission. All manufacturers face a constant challenge with Cup engines, which generate about 870 horsepower: Getting the most speed possible by pushing the engine's 850 or so parts to the maximum, but making the engines reliable enough to last 500 miles without breaking down. It's one reason why a new Cup-level engine costs $100,000-plus.

"You're pushing it to its outer limits," said Chad Knaus, Johnson's crew chief at Hendrick, last month. "Are we concerned about engine problems? Absolutely."

Knaus was prescient. The engine in Johnson's No. 48 Chevy broke early in Sunday's race at Michigan International Speedway, leaving the five-time champion with a 40th-place finish.

Still, blown engines are less common in NASCAR than 30 years ago, when many teams built their own engines. TRD, Hendrick and the other engine builders have deeper pockets, enabling them to design more reliable engines and to test them — even trying to blow an engine in a controlled setting — before they reach the race track.

That was of little consolation to Busch after his No. 18 Toyota blew engines at Daytona, Phoenix and Charlotte this season. "Just catastrophic engine failure," Busch said after his car was pushed to the garage in Charlotte. He finished 38th after leading 65 laps.

Kenseth also had a blown Toyota engine at Daytona. And at Dover, Del., in early June Kenseth and Truex suffered engine failures.

"After Dover we tuned the engines down a little bit" for the next race at Pocono, effectively shaving some horsepower so Toyota's engines would last, Wilson said. But there was a trade-off: No Toyota driver finished in the top five at Pocono.

After that, TRD seemed to find the right balance. It's won four of the last eight Cup races and its engines generally have lasted until the checkered flag.

But Busch remains wary of TRD's reliability. "It's week to week," he said. "It takes time to gain the confidence back."

And Hamlin and Kenseth told reporters after the Michigan race that they feared Toyota had surrendered too much horsepower. Only one Toyota driver, Bowyer, finished among the top 14 at the fast, two-mile Michigan track.

Toyota's team owners were more sympathetic. Gibbs President J.D. Gibbs, noting that his team formerly built its own engines, said the threat of blown engines is "always a huge concern, [but] our future is way better off in Toyota's hands than us trying to do it."

Waltrip said "we've all been to Costa Mesa, we've all seen TRD — the drivers included — and they know they're working around the clock. It's not like they're on an island. We have constant communication with TRD. We work together."

Even so, Toyota's NASCAR engine plant is an anomaly.

Because it's not in Charlotte, TRD and Toyota's race teams are constantly shipping engines back and forth in crates via FedEx. TRD generally has a pool of 100 engines, of which 55 or so are at the track with the race teams. The others are being rebuilt in Costa Mesa.

The plant consists of two buildings with a combined 79,000 square feet of space. TRD was making engines there for its former IndyCar-racing effort before it jumped into NASCAR Sprint Cup racing in 2007, and many of its employees, like Scott, have worked there for years.

"We put a lot into this, a lot of hours," said Scott, who works in TRD's development-testing group.

"We run these things pretty hard," he said. "So when we have a failure on the track you're in tears." LA Times