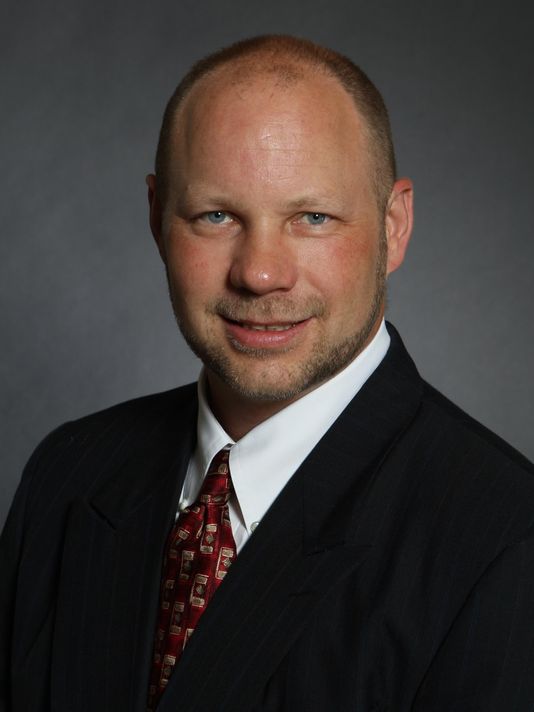 Roger Lawrence Miller passed away unexpectedly from unknown causes on August 18, 2013, at the age of 44. Born August 21, 1968 in Salt Lake City, Roger was the second child of Larry H. and Gail Miller. He resided in Draper, Utah.

Roger was a gentle giant with a kind smile who cared about everyone he met. His humility was matched only by his generosity. A graduate of Alta High School, he was also the proud recipient of an Eagle Scout award.

Roger began his career with the Larry H. Miller Group of Companies (LHM Group) at the age of 15 doing data entry. He advanced to positions in parts and sales departments at various company automotive dealerships and eventually worked in almost every operation in the LHM Group on a project basis. The majority of Roger’s career was in systems development.

He lived on the cutting edge of technology, and eagerly introduced any interested person to his latest gadget or app.

Roger combined his brilliance and creativity with technology to make the LHM Group’s businesses run better. He designed and implemented programs such as Web ticketing, automated ticketing kiosks, as well as gift cards and payment systems at Megaplex Theatres and Miller Motorsports Park. Some of his most notable projects included systems improvements to the Southtowne Auto Mall and Jordan Commons. He was also involved with the design and construction of EnergySolutions Arena, two Megaplex Theatre facilities and Miller Motorsports Park.

Most recently, Roger’s career focused on the development of the National Auto Sport Association (NASA), Utah Region. As he was able to embrace his love of racing, he participated in the 2012 and 2013 Grand-Am Continental Tire Sports Car Challenge and the SCCA Pro Racing Pirelli World Challenge where he was on track to be among the top 10 teams and drivers in the nation.

Roger succeeded his father as chairman of the board for the Clark Planetarium, and was a board member for Utah Fast Pass, a charitable drive for Utah. He was one of the directors for the Larry H. & Gail Miller Family Foundation, and served as the chairman of its Finance Committee. He also served on the board of Larry H. Miller Charities. Roger held the office of Elder in The Church of Jesus Christ of Latter-day Saints and served faithfully in his church callings.

Roger is survived by his wife, Cheri Light Miller, and his nine children: Carisa, Braden, Morgan, Breanne, Tyson, Taylor, Robert, Gentry, Harli, and three grandchildren: Rielly, Emili, and Garith. He is also survived by his mother, Gail (Kim Wilson), and his siblings: Greg (Heidi), Stephen (Jennifer), Karen (Adam Williams), and Bryan (Heather Dawn). His father, Lawrence Horne Miller, preceded him in death. He deeply loved his children and was invested in helping each of them find success and happiness.

The Miller Family would like to express gratitude to the Larkin Mortuary for their assistance, and also to all the friends, neighbors, ward members, and employees who have expressed condolences or offered prayers, love and assistance.

In lieu of flowers, donations may be made to Larry H. Miller Charities by contacting Jay Francis at jfrancis@lhm.com, or exercise your right daily to hug your children and express your love to them.