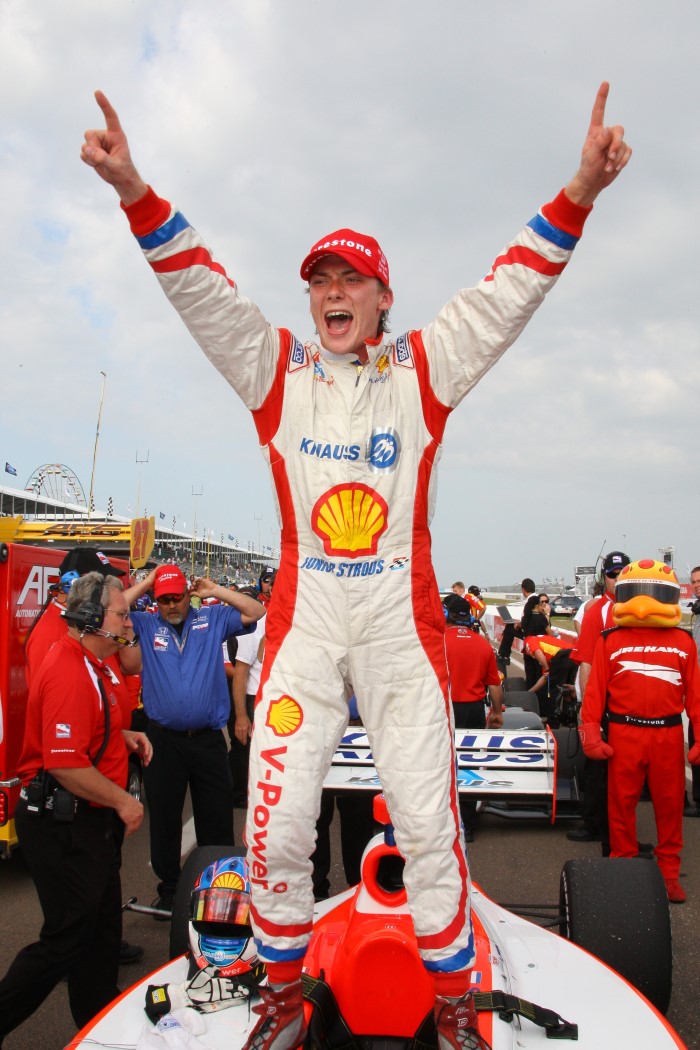 After been on the run for hours from the Dutch police, former Atlantics and Indy Lights driver Junior Strous (27) was found by the police due to the track-and-trace system of his expensive BMW. The race fanatic, who was wanted for a stabbing in The Hague, could be picked up by posting agents in Rotterdam.

The day before Strous had attacked, in broad daylight on a crowded terrace, a 22-year-old friend from The Hague, and stroke him with a broken glass in his neck. Witnesses on the terrace of the famous Dendy restaurant in the Denneweg in The Hague, said Strous was claiming back three thousand euros borrowed by the victim from him. Both appeared to have been quite drunk.

The injured victim reported two hours later at the police station and was immediately taken to hospital. He reported a crime of attempted manslaughter has. Strous, son of the owner of a petrol filling station in Wassenaar (near The Hague), left after the rage with his super fast car, even though he lives right across the scene of the attack. After the violent incident, policemen searched his house.

The former Atlantic and Indy Lights driver has had his best time in racing, but can still be found at events, particularly in the United States with some regularity. With a possible conviction over his head he can forget about a visa for future race-events in the North America.