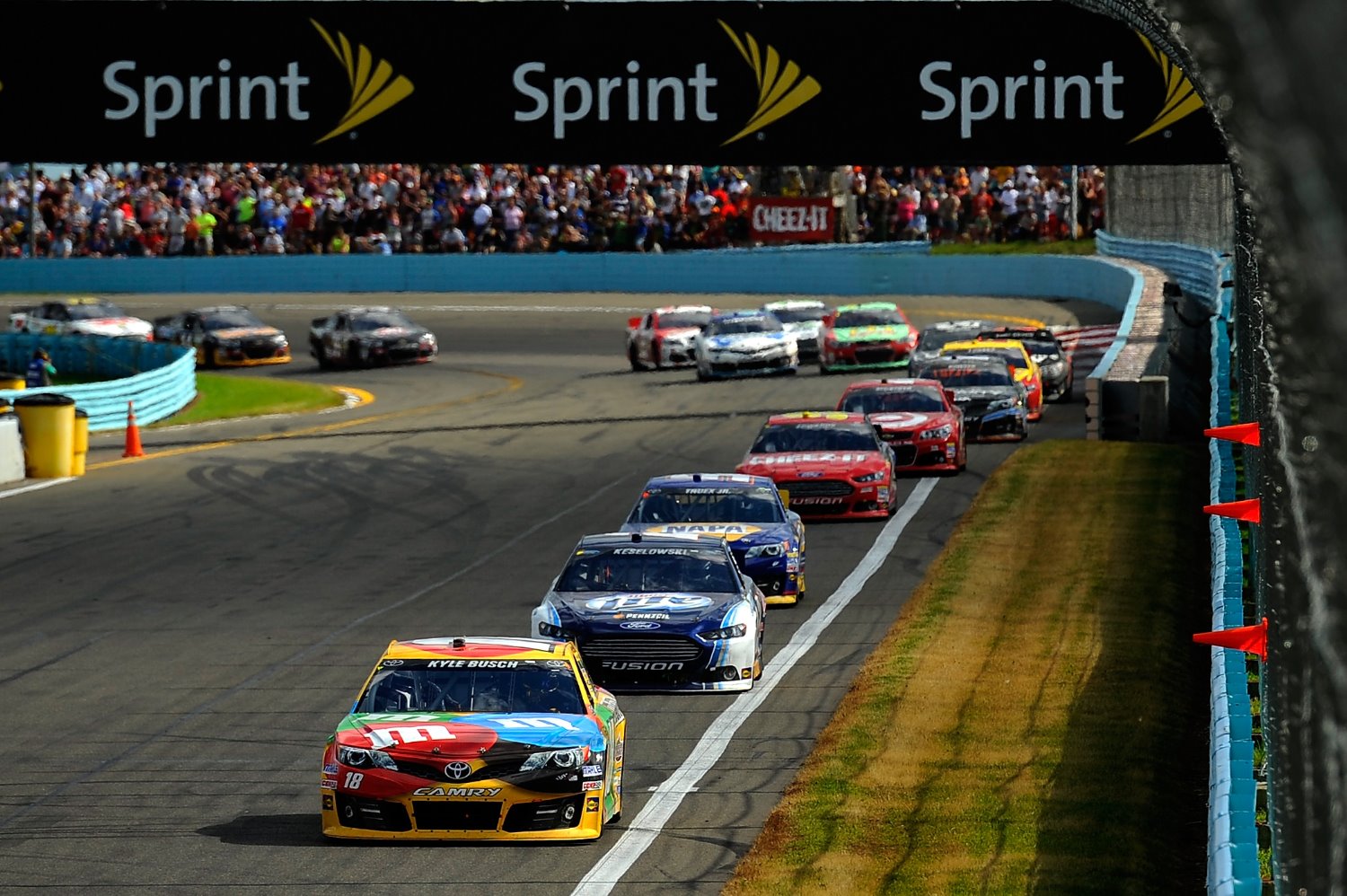 Brad Keselowski loves the spotlight. He loves that as the Sprint Cup champion, people want to hear his opinion and that his ideas carry weight.

He loves to race and have great battles to the finish. But he doesn’t love the spotlight so much that he would wreck Kyle Busch to win the Cup race at Watkins Glen International.

There are plenty of opportunities for a driver to wreck another driver on a road course but Keselowski didn’t get to Busch’s bumper on the final lap and Busch ended up in victory lane.

"There's always temptation (to wreck him)," Keselowski said after his second-place finish. “(If) you're a married man, I'm sure you look through Maxim magazine. It's no different. … There's a level of respect and a code of honor that you have to have as a man."

Keselowski went out and shook Busch’s hand as Busch drove toward victory lane. That was a lot of contact for the two of them — just six weeks ago at Kentucky, they barely acknowledged each other in the media center.

“It doesn't hurt more (to lose to him)," Keselowski said. “Maybe if we were in the Chase and there was one race to go and he was the points leader and I was running second, yeah. But just because he's Kyle Busch doesn't mean it hurts more.

“He's a great driver and I have a lot of respect for him accordingly. I don't really hold any personal grudges against him to make it hurt any more. Maybe that's not reciprocal, I don't know."

Keselowski sure could have used the victory. He is winless this year and while he’s eighth in the standings, he’s just 11 points shy of dropping out of the top 10 and missing the Chase for the Sprint Cup.

“I'd rather be a wild card with four or five wins than be a guy in the Chase with zero wins," Keselowski said. “I guess I don't look at it that way (as good for points). I could have definitely dumped Kyle and won the race.

“That stuff goes back and forth, and I'm sure someone in the tabloid side of the media will make a big deal about that, but it won't be me because I know I did the right thing."

“I really had no clue," Busch said. “It was just run as hard as you can and drive your car. … I commend Brad for doing a better job this year bringing home a cleaner race."

Busch was referring to Keselowski and his drama last year at Watkins Glen.

With oil on the track, Busch and Keselowski were dicing for the lead on the last lap when Keselowski turned Busch.

“I felt like last year was a racing deal," Keselowski said. “He went off the track, I filled the hole when he came down. If I would have wrecked him today, in my mind it wouldn't have been a racing deal, it would have been just wrecking, and there's a huge difference.

“When you just run into the back of someone and drive them headfirst into the wall, that's bull (expletive) racing, and I just don't like it," Keselowski said. Sporting News