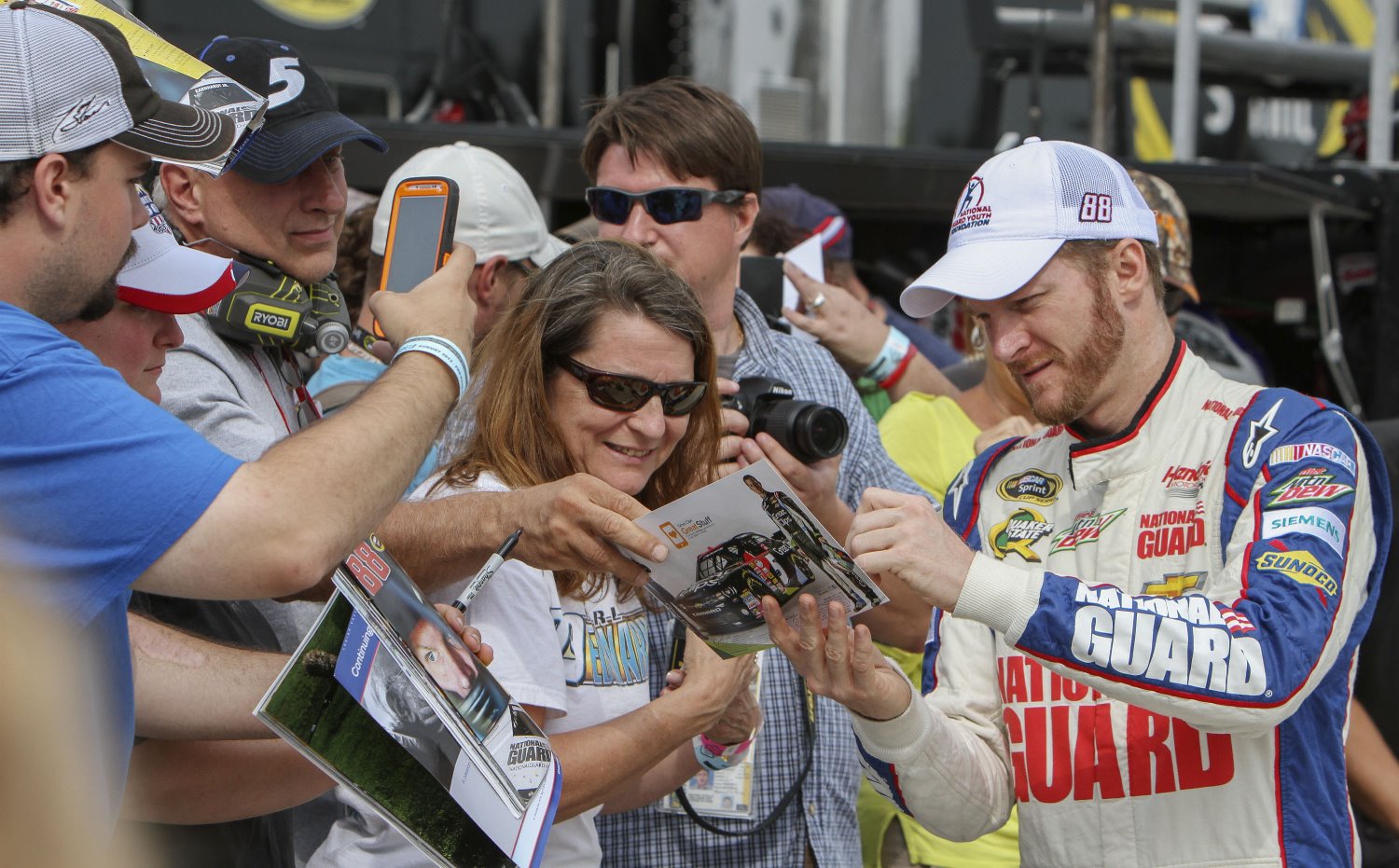 In recent days, a number of team executives in NASCAR have talked to me about the state of sponsorships for a package of stories appearing in our Aug. 9 print edition. One constant theme: how to convince corporate America to keep spending tens of millions of dollars in a sport beset by declining attendance and smaller TV audiences of late.

A new $8.2 billion TV deal signed by NASCAR bolsters the sport’s case with corporate America, NASCAR President Mike Helton and others said this week. Even so, 60 percent to 75 percent of NASCAR team revenue comes from sponsors, an imbalance that has long concerned executives.

Asked about finding new sources of income, Brett Frood, executive vice president at Stewart-Haas Racing, told me, "That would be great, but I’m not sure you can change the model. We would like to be like any other widget company and have multiple ways to diversify revenue."

Marshall Carlson, president of Hendrick Motorsports, said the near future could be ripe for more media-related revenue beyond the standard TV rights deals NASCAR has with networks. Under the current guidelines, tracks receive 65 percent of TV revenue while 25 percent goes to drivers and teams through prize-money funds, and NASCAR itself claims the other 10 percent. Michael Waltrip said Tuesday during the Charlotte Business Journal’s Motorsports 2.0 event, "It’s a 46 percent increase in the TV package (starting in 2015). I hope to see that trickle down to the teams."

NASCAR has said it has no plans to change the distribution formula of TV revenue.

Carlson said Hendrick has begun exploring possible reality-TV programs and coaches’-style shows that could include drivers, crew chiefs and others.

"It’s not new for sports properties but it would be (for NASCAR teams)," he said. "Everyone’s looking for content. And I think media rights may become a bigger part of the (revenue) mix."

No firm plans have been made, but Carlson and Hendrick have started exploring possible approaches for creating new shows and other media. Forbes recently ranked Hendrick, home of drivers Jimmie Johnson, Kasey Kahne, Jeff Gordon and Dale Earnhardt Jr., as the most valuable in NASCAR at $357 million.

At the same time, some teams continue searching for new revenue, they all remain focused on keeping and expanding sponsor agreements. More and more, that means taking advantage of business connections the teams can provide, whether it involves pairing sponsors in offshoot arrangements or providing one-of-a-kind VIP outings aimed at impressing sponsors and their clients.

Richard Childress Racing, or RCR, uses owner Richard Childress’ love of outdoors and hunting to curry favor with corporate sponsors. Instead of just inviting executives to the track for a pit tour, the race team organized a pheasant-hunting trip to South Dakota last year with Childress. Executives from American Ethanol, one of the team’s sponsors, were among the guests.

"The old model was you invite a lot of people to the track," said Ben Schlosser, RCR chief marketing officer. "That’s changed."

Teams have also taken to sharing research and insight, too. At Hendrick, Quaker State works with race team crew members to hone better products for commercial and consumer use.

Earnhardt Ganassi Racing, home of two Sprint Cup teams, brought in aviation company Cessna this year as a sponsor. Beyond that agreement, the NASCAR team also uses the company’s planes to move crews back and forth to races each weekend. Another agreement with computer company Dell puts tablets and PCs in the heart of the competition. Crew members use Dell equipment for racing simulations and to chart race data.

"There are a lot of assets we can use," said Steve Lauletta, president of Earnhardt Ganassi. "Too often, we get caught up in just the logo on the car. That’s very important, but there are a lot of other ways for partners to get involved." Charlotte Business Journal