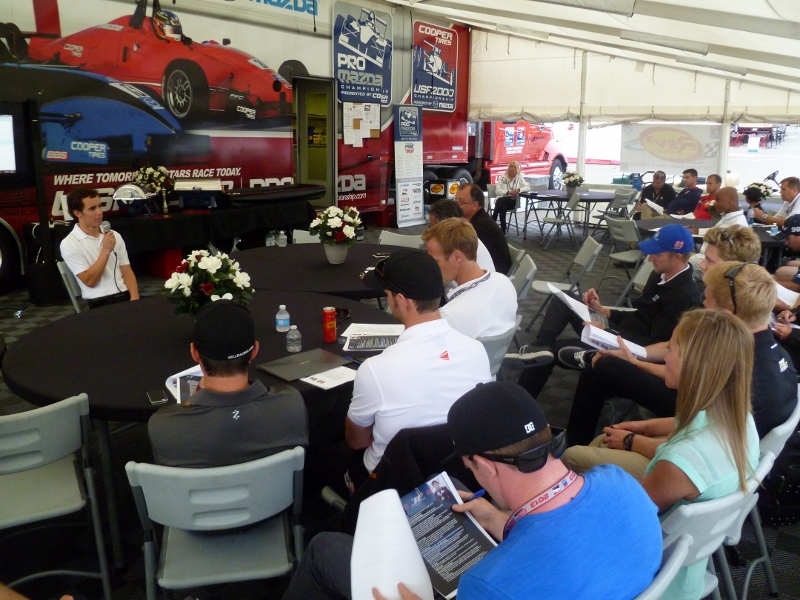 The Team USA Scholarship has provided many highlights over the past 23 years, but last weekend at Mid-Ohio Sports Car Course was especially memorable for a variety of reasons.

It began with an illustrious panel of experts meeting and interviewing this year’s crop of Team USA candidates and ended with a flourish when 2003 scholarship winner Charlie Kimball scored a magnificent first-ever IZOD IndyCar Series victory aboard Chip Ganassi Racing’s No. 83 NovoLog FlexPen Dallara-Honda DW12.

Robinson participated in the interview session on Friday evening via a live link from Brands Hatch, England, where he was racing (and winning) at the weekend. All of the other contenders were on site at Mid-Ohio, auditioning for two opportunities to display their talents on the international stage at the traditional end-of-season Formula Ford Festival and Walter Hayes Trophy events in England.

“It was just an incredible weekend," said Team USA Scholarship founder Jeremy Shaw. “I am so grateful to everyone who took time out of their hectic schedules during a race weekend to share their experiences with the next generation of stars, and thrilled to see so many of our scholarship winners performing so well on the race track. Perhaps it was prescient that Charlie should join us on Friday, then go on to win his first IndyCar race is such style on Sunday? The next step is to identify this year’s winners. It won’t be easy but we expect to have a decision by early September."