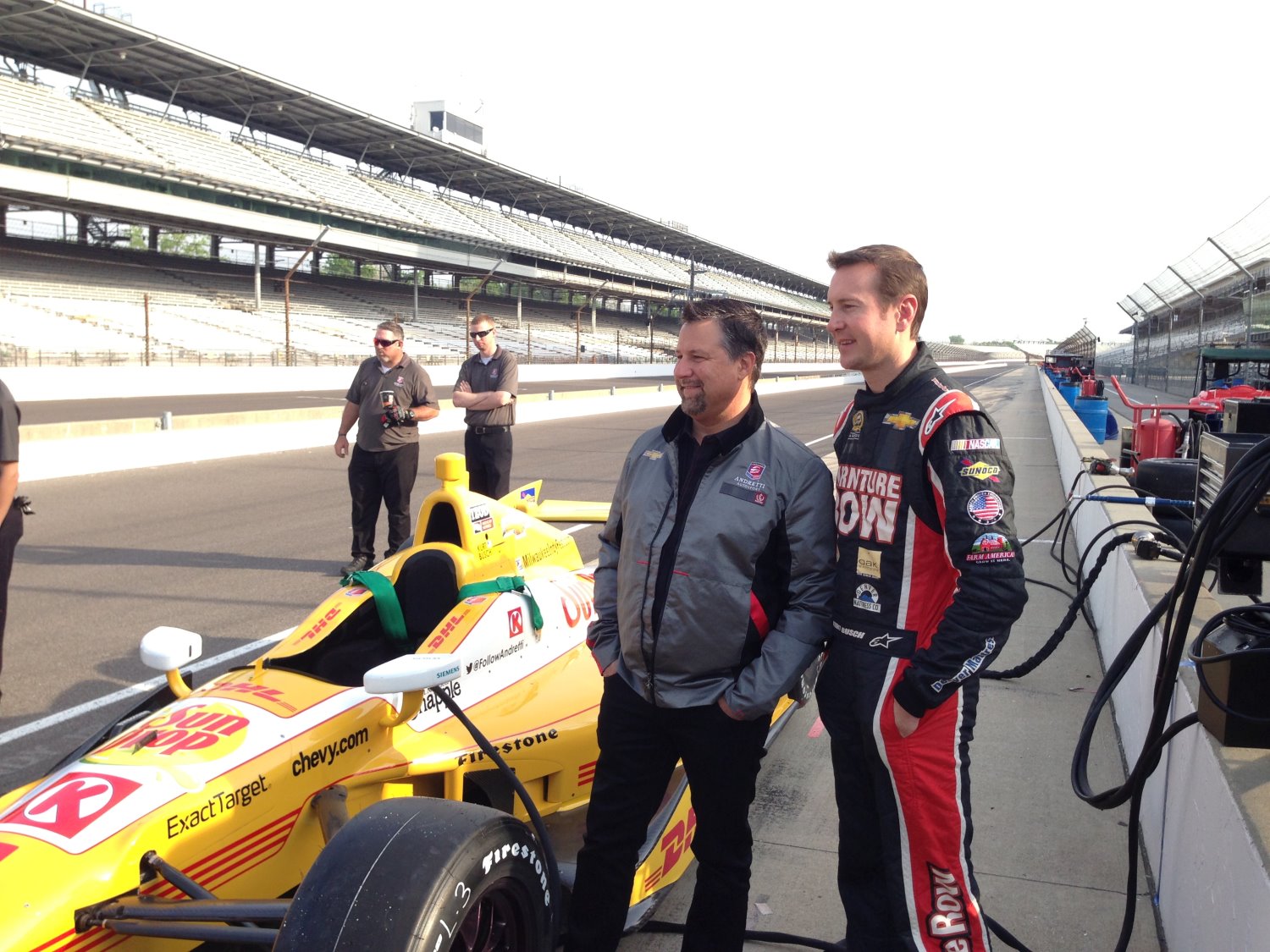 UPDATE NASCAR driver Kurt Busch now says it's “a good possibility" that he will race an Indy car in October to prepare himself for a run at next year's Indianapolis 500.

“We just have to keep our fingers crossed," Busch said.

Andretti Autosport owner Michael Andretti said a couple of proposals are being considered by companies to sponsor Busch's IndyCar effort. He said Chevrolet needs to know by early September if another engine is needed.

Kurt Busch is looking at doing the double. The Auto Club/Talladega double, that is.

Busch, 14th in NASCAR Sprint Cup Series points standings and attempting to secure a spot in this year's Chase For the Sprint Cup, was asked about a possible effort to run next year's Indianapolis 500 earlier this week while testing with his Furniture Row Racing Cup team at Watkins Glen International.

It's something very much on his radar, he said, but added that he would like to run an oval race with the open-wheel series before possibly jumping into an Indy 500 attempt.

Busch posted a top speed of 218 mph during a test with Andretti Autosport at Indy in May.

The opportunity to compete in an IndyCar event this season is growing smaller.

"It's really starting to narrow up the window," Busch said. "That would have to happen with Fontana, which is (the IndyCar) season finale and that's in October. I think it's our Talladega weekend.

"I'd like to do that race and then attempt the (Indy) 500. If I can't get that oval race in, I just feel like I'd show up at the 500 as a blind guy with a stick trying to find his way around, and that's just going to be too much to make up.

"? We're working on it and I think it's a good possibility. We just have to keep our fingers crossed."

NASCAR's Sprint Cup teams will be at Talladega (Ala.) Superspeedway, for the Oct. 20 running of the Camping World RV Sales 500.

Busch, who will turn 35 Sunday when he and his fellow Cup drivers will be competing in the GoBowling.com 400 at Pocono (Pa.) Raceway (1 p.m. ET, ESPN), said the 2014 Indy 500 effort hinges on sponsorship. But simply getting the opportunity to test with the Andretti team was a highlight.

"Michael Andretti is a great guy to work with; he's just a legend," Busch said. "I (had) to kind of kick it aside when I was in jumping in his car. 'This is Andretti's car and this is Indianapolis.' It was just a kid in a candy store moment."

Only three drivers have competed in the Indianapolis 500 and Coca-Cola 600 on the same day — John Andretti, Tony Stewart and Robby Gordon. By Kenny Bruce NASCAR.com