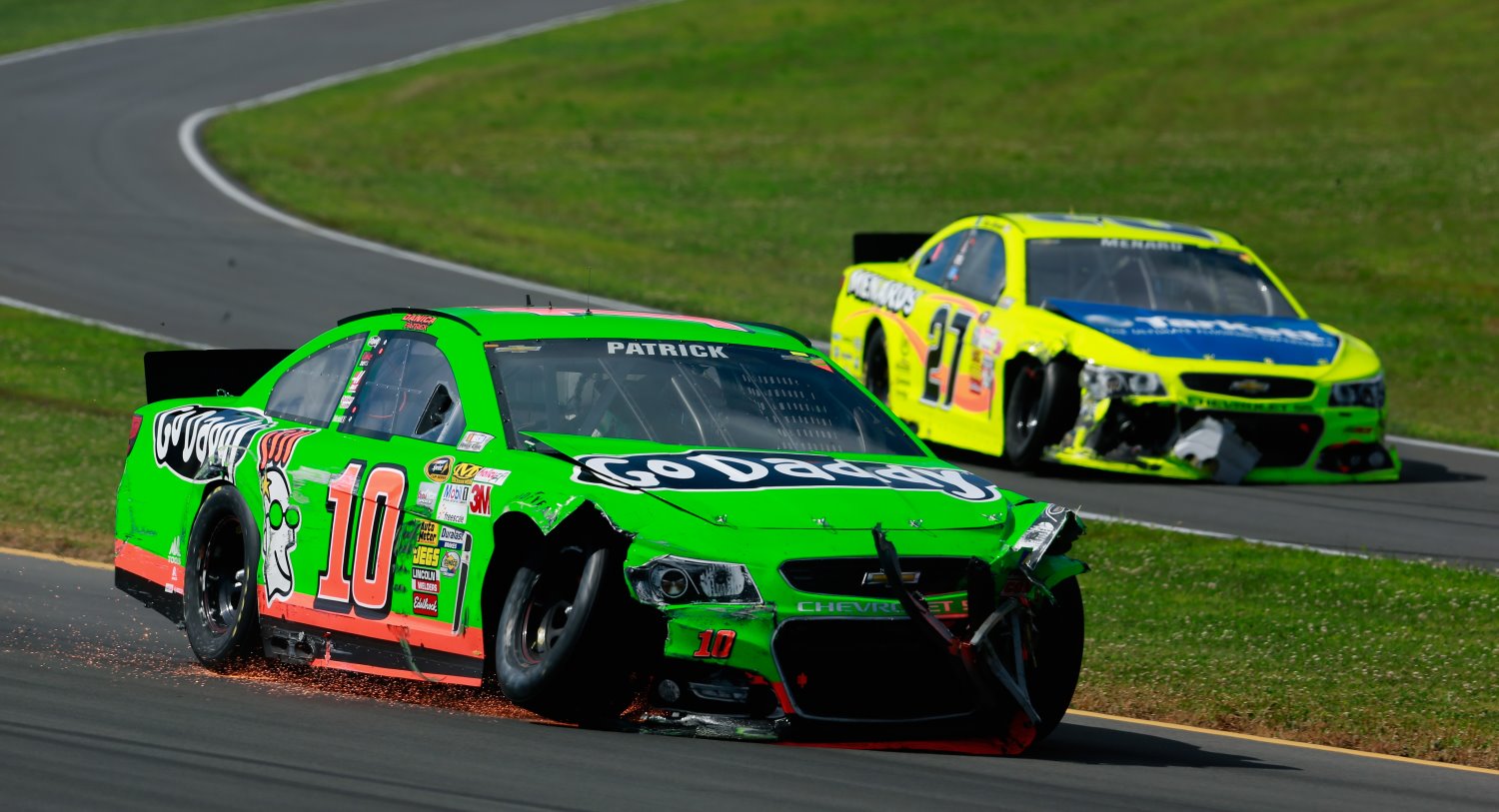 Just when it looked like #10-Danica Patrick had figured out NASCAR's big superspeedways, she was involved in another wreck at Pocono Raceway. Patrick was running 18th and racing #93-Travis Kvapil when she appeared to get loose and drift into Kvapil's car on Lap 110.

Patrick said she simply got loose and lost control of her car. This wasn't the first time Patrick and Kvapil have gotten together on the track as she took the blame for a wreck at New Hampshire last month. Patrick grimaced and nodded her head in agreement when asked if she and Kvapil seemed to be having a lot of contact on the track. Kvapil was obviously frustrated.

"I'm done just getting run over and wrecked and racing her clean," Kvapil said. "I don't know. It's pretty frustrating. She's one of the best cars out there. We're a middle-of-the-pack car running in the top 20 and get wrecked again. It is just really frustrating. & When you're in vulnerable situations, you have to guard yourself and take care of your stuff. She is a rookie and you've got to learn that, but that's a couple of weeks in a row for me." Kvapil said he felt he deserved an apology after New Hampshire and never got one. He expects one after Pocono. Sporting News