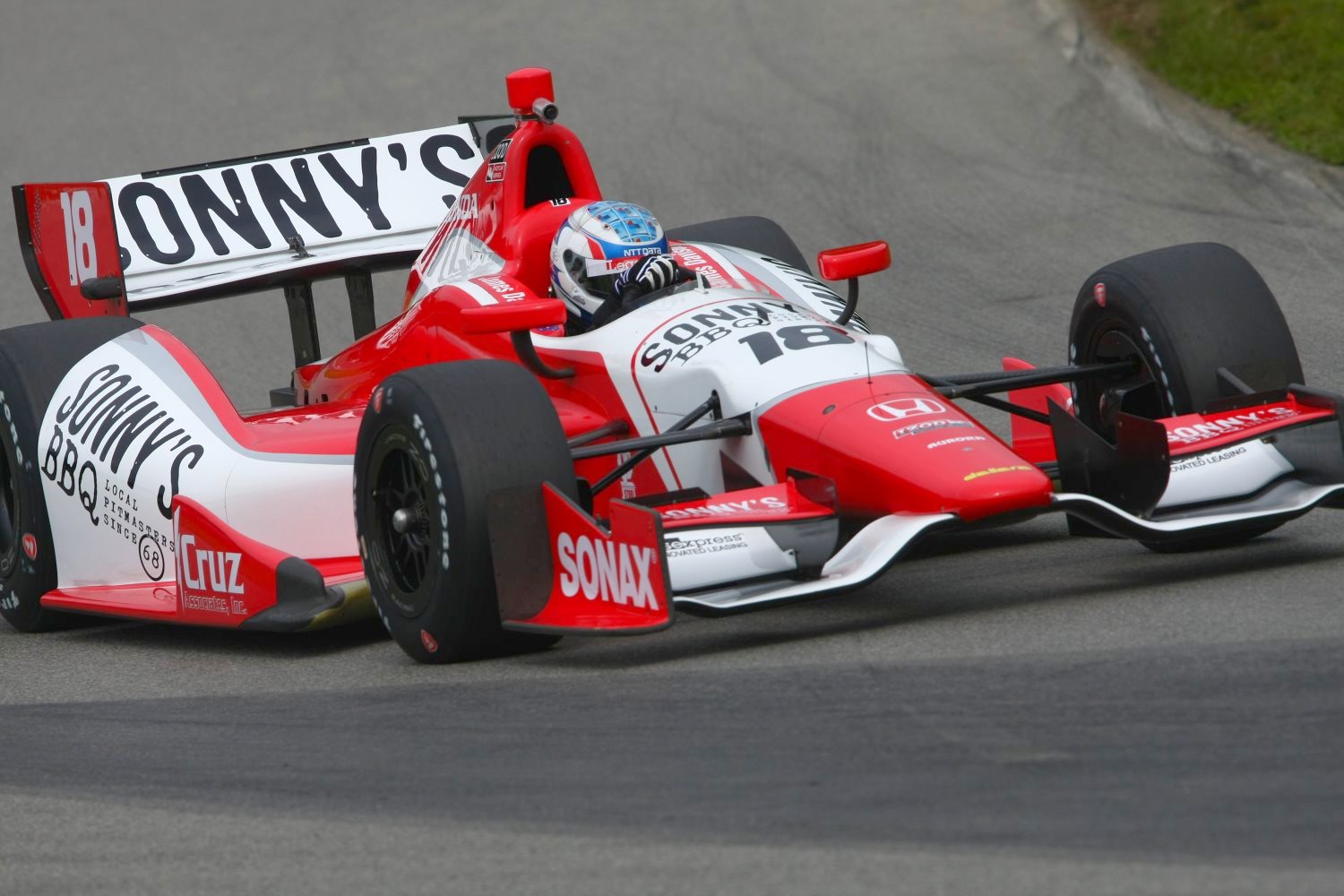 About every racecar driver that has ever donned the Nomex and helmet has dreamed about the first time they had a steering wheel in their hand. For 26-year-old Australian driver James Davison that dream came true today and it had a happy ending. Davison finished on the lead lap enroot to a 15th place finish in the Honda Indy 200 at Mid-Ohio Sunday afternoon.

Davison qualified his newly branded Sonny’s Bar-B-Q car an impressive 16th, just a whisper off of the likes of 2013 IZOD Indy Car race winners Helio Castroneves and James Hinchcliffe. He ran as high as sixth in the pit stop sequencing in a race that saw 23 cars running at the end of the race.

“I cannot thank Dale Coyne and all of my life long supporters for helping me realize this dream of becoming an IndyCar driver," gleamed Davison. “To practice, race and most importantly to be competitive with all of the new things one has to learn on one of these weekends is an amazing experience."

Davison would bring his previous experience in the junior formulas from both the United States and Australia into this weekend, not really knowing how things would work out.

“I was pleased with qualifying to show I can run with these guys, more so in the race when we could do it for 2 hours," said James.

“It is a big step for a driver," report team owner Dale Coyne. “This can be a stepping stone to the future or a slip and sink experience. James proved he can compete at this level and made it across the waters."

Justin Wilson started seventh after nearly missing the Firestone Fast Six by .0535 of a second in the No. 19 Boy Scouts of America car on Saturday, was the fastest car in the morning warm-up Sunday. Wilson would finish eighth on the day, which was his ninth top 10 finish of the season. He remains ninth in the IZOD IndyCar Point Standings with 320 points.

“The guys did a good job all weekend," commented Wilson. “We learned a lot about the set up as we tried a lot of different ideas this weekend, especially with the test days. Hopefully that transpires to good results at Sonoma."

The team returns to its Plainfield, Illinois race shop to prepare for two test days at Sonoma Raceway next week before the next round of the IndyCar Championship in three weeks in Sonoma on August 25. The race can be seen live starting at 4 p.m. (EDT) on the NBC Sports Network.