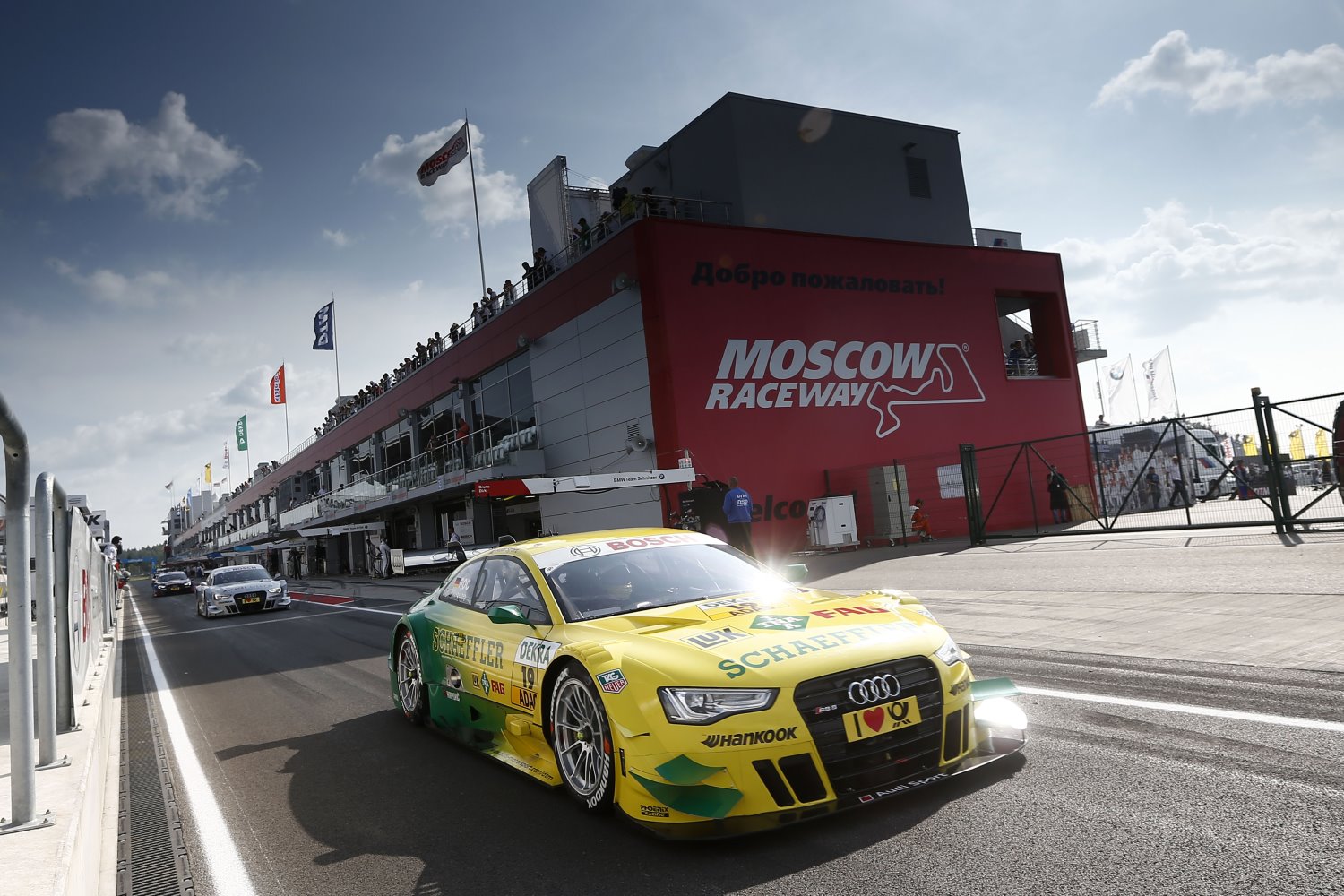 Audi's Mike Rockenfeller has become the Moscow Raceway's first DTM pole-man in the most bizarre of circumstances after receiving a helping hand from President Vladimir Putin.

Q4's one-lap shootout, initially delayed, was eventually cancelled due to a two-hour airspace closure as it emerged President Putin was due to fly overhead, meaning the circuit's Air Ambulance would be unable to take off if needed.

As a result, the times in Q3 and below assemble the positions for tomorrow's grid.

"Obviously, I’m very pleased to be in first place and starting from the pole position at the DTM’s premiere in Russia," said Mike Rockenfeller. “My Audi RS 5 DTM was perfect today; Team Phoenix did a fantastic job. My pace was so good today that I’d have been confident to take first place in Q4 as well. We knew that qualifying here is very important but we already worked for the race as well. That’s why I’m hoping that our car will be running well in the race tomorrow too. Let’s see what the weather will do and what other surprises there’ll be in Russia…"

Mattias Ekstrom, following his Norisring disqualification, had led most of Q3 but was dislodged by Rockenfeller in the final minutes of the session to take an untimely pole-position while Ekstrom still starts the race from second.

Audi's Jamie Green missed out on what would have been a Q4 spot by an agonizing gap of just half a tenth in fifth and is joined on the third row by BMW's Dirk Werner in sixth.

Gary Paffett also failed to drag his Mercedes into the top four and had to settle for seventh just ahead of his younger team mate Pascal Wehrlein, who choreographed a fine showing in eighth.

Dani Juncadella and Christian Vietoris complete the top ten with an all Mercedes fifth row in ninth and tenth.

DTM's form man Robert Wickens was Q1's surprise casualty, missing the cut by just over a tenth of a second in his Mucke Mercedes.