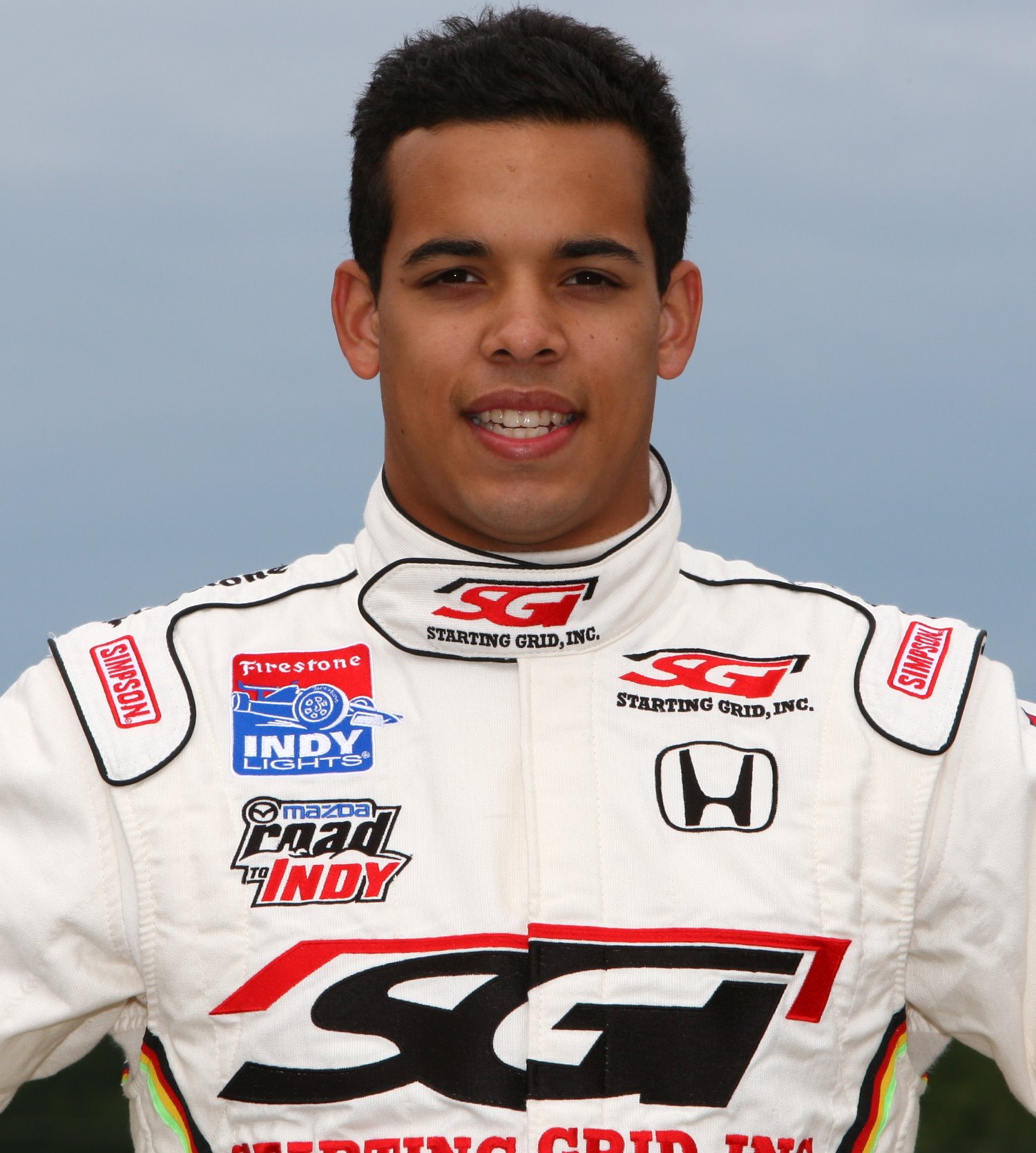 UPDATE Added photo of Jefferies below.

Bryan Herta Autosport announced today that the team will continue its partnership with Starting Grid, Inc. as it fields Axcil Jefferies this weekend at Mid-Ohio Sports Car Course for the ninth round of the Firestone Indy Lights.

Jefferies, a native of Zimbabwe, starting racing karts at six years old and was winning championships in Zimbabwe by age nine. In 2009, he earned one of three coveted Formula BMW scholarships and stepped up to Formula Cars. He finished third that year in the Formula BMW Pacific Championship.

In 2012, Jefferies became the first Zimbabwean to compete in the FIA Formula 2 Championship. He achieved eight top-ten finishes and was awarded the JCI Ten Outstanding Young Persons Honoree.

"I want to thank Chris [Miles] with Starting Grid, and American Honda for providing the opportunity to compete this weekend," said Jefferies. "I am very appreciative of how Chris, the entire BHA team and some of the Lights drivers have been incredibly welcoming, and supportive of me being here. I am really looking forward to finally getting down to business this weekend.

"Obviously there is a lot of excitement for me, my family and my country to compete in America for the first time. Fortunately, I had the chance to drive the car at the open test in Mid-Ohio this past May and I also had a refresher test last week. I feel very good with my preparation and I know the team has put their best effort forward as well."

BHA team owner Bryan Herta was pleased with the outcome of the test in May. He commented, "Axcil tested very well for us at Mid-Ohio, so we are excited to have him in one of our cars for his U.S. racing debut. Thanks to Starting Grid and American Honda for providing this opportunity to Axcil. I'm sure he will have a very strong weekend."

Starting Grid, Inc. team principal Chris Miles added, "For the past three years, American Honda has supported Starting Grid, Inc.'s diversity motorsports initiatives, and for us to provide Axcil with his American racing debut in the Lights race at the Honda Indy 200 at Mid-Ohio is tremendously gratifying. I am very pleased with Axcil's commitment to this program since his arrival in April and we look forward to an exciting weekend."