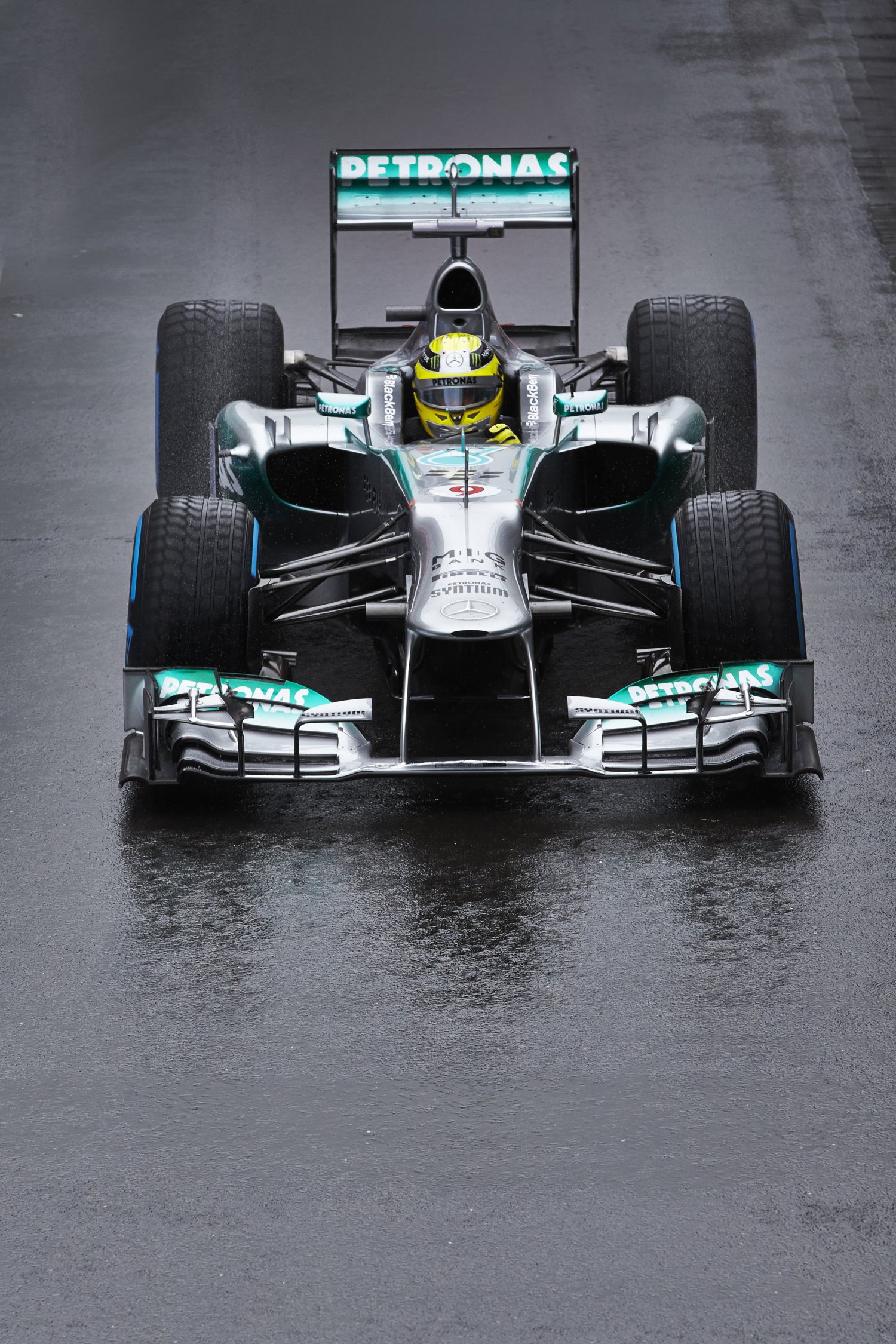 Amid much improved weather conditions, the field quickly set about making up for lost track time as the green light illuminated at the end of the Silverstone pit lane, with the early focus on hard tire runs. Home favorite Hamilton was the man in charge at this point, consistently lowering his benchmark time.

But Nico Rosberg again beat Mercedes teammate Lewis Hamilton in the final seconds of British Grand Prix practice three at Silverstone proving once again that Mercedes has the fastest car in F1 today. They are so superior they are fastest in the wet or dry.

Sebastian Vettel secured third with his last lap, just ahead of Red Bull teammate Mark Webber but Â½ second behind the superior Mercedes’.

Pirelli believes that Sergio Perez's tire failure in final free practice was caused by a large cut in the sidewall.

Perez brought out the red flag after 13 minutes of running on Saturday morning when his left rear tire failed while running through Copse corner.

With debris from the tire littering the track, officials had no option but to stop running so the track could be cleared.