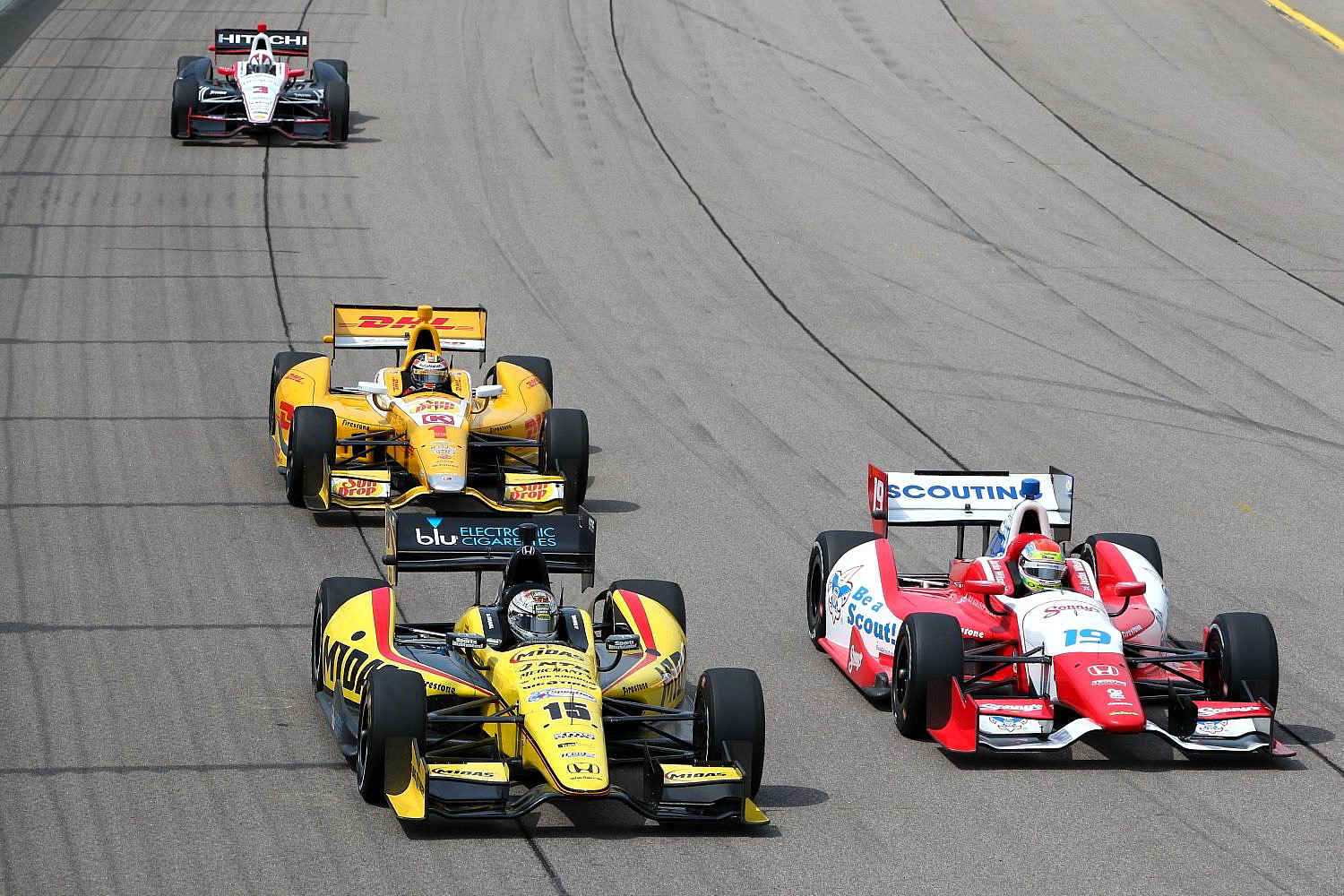 I think I know the answer before I ask the question, but why aren’t more fans of racing tuning into IndyCar?

But the most exciting racing in America this year – and for the last several years – is in the IndyCar series.

Not only have seven different drivers divided up the wins in the first 10 races of the season, the competition inside the races has been superior to what we’ve seen in NASCAR’s Sprint Cup series.

It is not unusual for three and four IndyCars to be dicing for the lead on the final lap – and we’re talking side-by-side and not nose-to-tail.

But the television ratings for IndyCar races doesn’t put a dent in what NASCAR draws. Why?

First of all, where the races are found. NASCAR rules the modern networks of Fox and ESPN. Not only all the races on the network end of the dial, both ESPN and Fox back NASCAR with wrap-up and preview shows.

IndyCar, meanwhile, is on the NBC Sports Channel. For those of you with cable connections climbing into three figures, that is not NBC. Although the Indianapolis 500 and several other races have been on ABC, the majority of IndyCar events are hard to find even for the most dedicated channel surfer.

Secondly, some fans still believe IndyCar is a series divided. The CART-IRL war for control of IndyCar racing ended three years ago. IndyCar is a united and very competitive series. IndyCar standings change almost by the lap.

James Hinchcliffe scored his third win of the season last Sunday, but he ranks only fourth in the standings — and one spot below Marco Andretti who is still looking for his first win.

The only other driver with more than one win is reigning series champion Ryan Hunter-Reay, who is second to consistent veteran Helio Castroneves in the standings.

Takuma Sato led the standings going into the Indianapolis 500. A month later, he is eighth in the standings. But he is still ahead of two drivers who annually battle it out for the title – Will Power (10th) and Dario Franchitti (12th).

Sad thing is, neither have most of the people who call themselves fans of racing. San Diego Union-Tribune