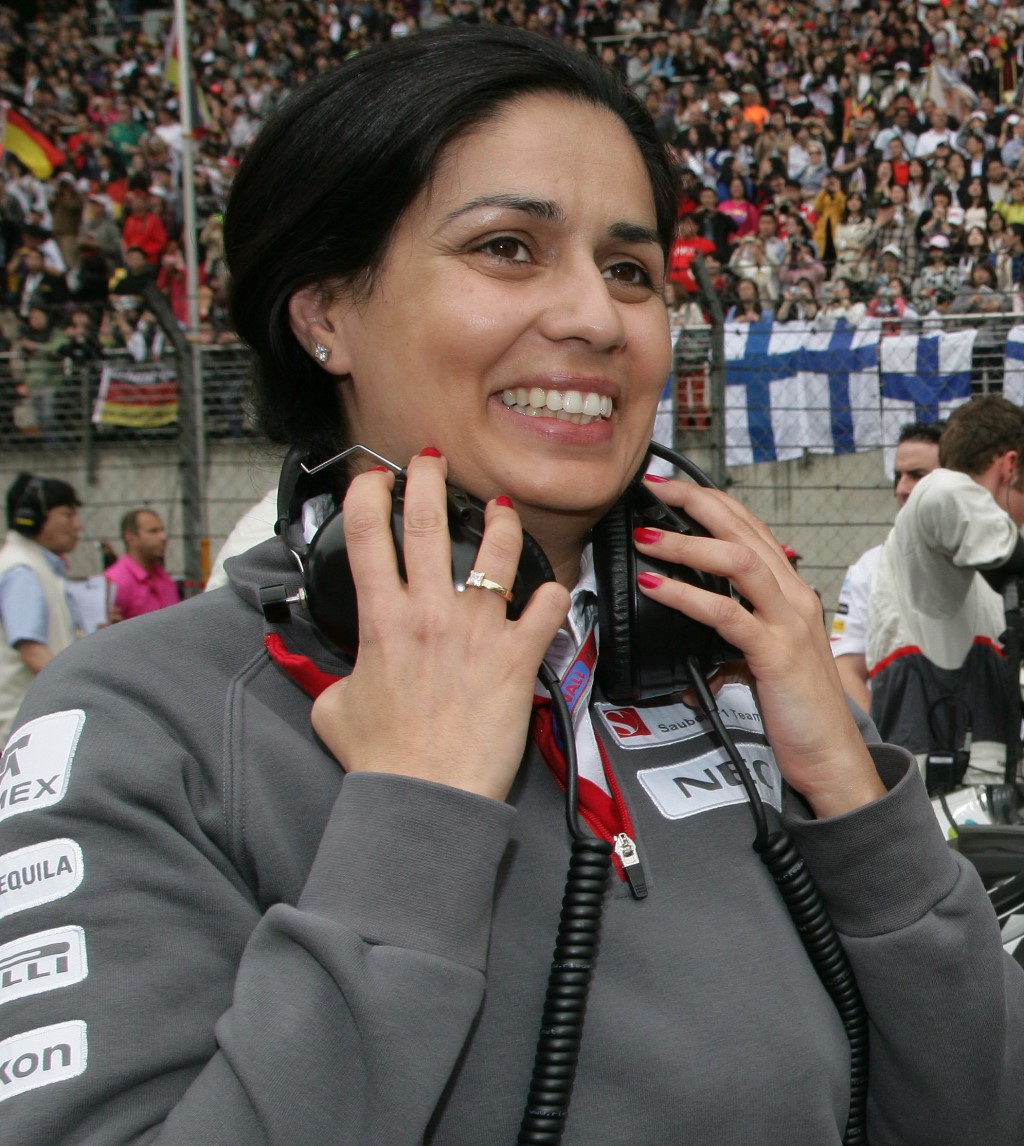 Seven races into 2013 and just five points on the board. It’s a far cry from the success that was 2012 for Sauber. As she approaches the midway point of her first full season in charge of the Swiss squad, team principal Monisha Kaltenborn discusses what’s gone wrong and how they plan to fix it, as well as pondering the implications of the 2014 rule changes and the recent testing controversy…She had this to say on the official F1 website:

Q: Monisha, the International Tribunal’s decision in the Mercedes-Pirelli case has again highlighted the question of Formula One teams pushing the rules to the limit. How far is pushing too far?
Monisha Kaltenborn: In my view the ultimate test is always done against the rules. The rules are the laws we have and you always have to measure your actions against these rules – the sporting and the technical rules. They should be very clear so that you know exactly where your limits are. It is inherent to anything you write that the wording is subject to interpretation. You will always have people who see things from different angles, so you have to formulate them as clearly as you can because you will never reach a level when it is beyond any kind of interpretation. So the focus must be to have clear rules.

Q: Do perhaps some rules need to be revised in order to remove potential loopholes?
MK: I think if you look at the overall regulatory system there for sure will be areas that can be refined – but there are a lot of areas which are very clear, as I said, the moment you write something down in any language it is always subject to all kinds of interpretation as words can always be construed differently. But I do think that to a large extent the rules are clear. If there are people who want to find a different interpretation, well, that is also part of our nature to find ways around things.

Q: Coming back to Sauber, why has 2013 been so dreadful so far? This time last year the team had 58 points – now you have only five…
MK: We clearly had a bad start into the season – it is far from our expectations. We know that this is coming from certain aerodynamic issues we have at the rear of the car. We are working on them and we have understood the problem, but to be able to implement our findings, as we are restricted in our funding we have to do it step by step. But clearly it is a disappointment.

Q: How satisfied are you with your two drivers, after almost half a season?
MK: Just looking at the drivers we are satisfied. With Nico (Hulkenberg) we know we have a driver who has more experience compared to Esteban (Gutierrez) and he is doing a fine job so far. Of course he could do more if he had a more competitive car. So we have to consider that as our responsibility. We have to give him the car that can show his talent. On Esteban’s side there have been many instances where he has proven his talents. What he lacks is consistency – and that is where we need to support him. Esteban is very level headed – he didn’t get carried away suddenly being an F1 driver. He is very mature for his age, but one should never underestimate the step from being the third man to actual race driver. It is a major enhancement on the pressure side.

Q: In the past Nico has been able to shine in situations where he clearly had an inferior car. Are you missing these moments?
MK: I think he has shown moments and if you remember the last qualifying session he was very unfortunate with that red flag, just seconds too early. So yes, he had his moments so far with us, but clearly we as a team have to make sure that we give him a more competitive tool. Then it should be more than showing a few glimpses – then it should be a performance at a very high level.

Q: It is clear that you cannot walk away from this season, but also that you cannot waste money developing a car to a set of regulations that will be obsolete in 2014. Where is the happy medium?
MK: That will be the most tricky question. Until now we have been working on both cars like the other teams and we have not yet decided when the focus will move totally to the new car. I do think that there is still potential in our 2013 car which we can unlock, so the season is definitely not over. But of course we are aware that 2014 will be massive.

Q: The financial pressure on the smaller teams is already great and will only get greater in 2014 with its rule changes. To sail around those problems seems like squaring the circle. Is F1 racing en route to rewriting the history of mathematics?
MK: I don’t think that we try to rewrite anything! I simply fear that we are not reacting. We have seen with some teams where it can lead. We are seeing that many teams are struggling at the moment to have a sustainable business, so the overall target has to be to make the whole business sustainable. One should not just focus on cost control, which can go in many ways – and we often said that we believe in a budget cap because we think it is workable – but one also has to look at the (relevant) aspects of the rules and regulations and in what direction they are moving. A lot of aspects on costs can be curbed by simply having a road map set out that tells you in which direction we are going. That would give certain stability and might be a reasonable tool to have a sharp eye on costs. A third element to it is that since a major income for all teams is from the racing itself – with the commercial rights holders income – we also need to consider that and say what can we do to maintain this level? We are a global sport and the way the global economy is it will be difficult for anybody to actually sustain that level and we cannot expect anyone – even our commercial rights holder – to perform miracles in such an environment. We have to look at all areas of how we can sustain that level of income – or increase it – and look at what ways we have to come together, because we are all in the same boat.

Q: How much advantage will lie with those teams who develop their own engine and chassis next season? Will there be inequality from the very first race of 2014?
MK: It is very much possible. Because as a customer team, when it comes to engines you by definition get the information at the latest stage – and there is not much that you can do to influence that. You have to build around this information. So yes, it is very possible that there is an advantage for teams who do both things in-house. It will also be important to see how big are the differences between the different powertrains themselves and how much of an advantage the right powertrain will be to you and your performance.

Q: What engine will Sauber be racing next year?
MK: We expect to continue with where we are.

Q: Sauber have always managed to turn the corner, even when things have looked grim. When and where will that corner be?
MK: It will be there – it’s difficult to say when and where, but it is coming.