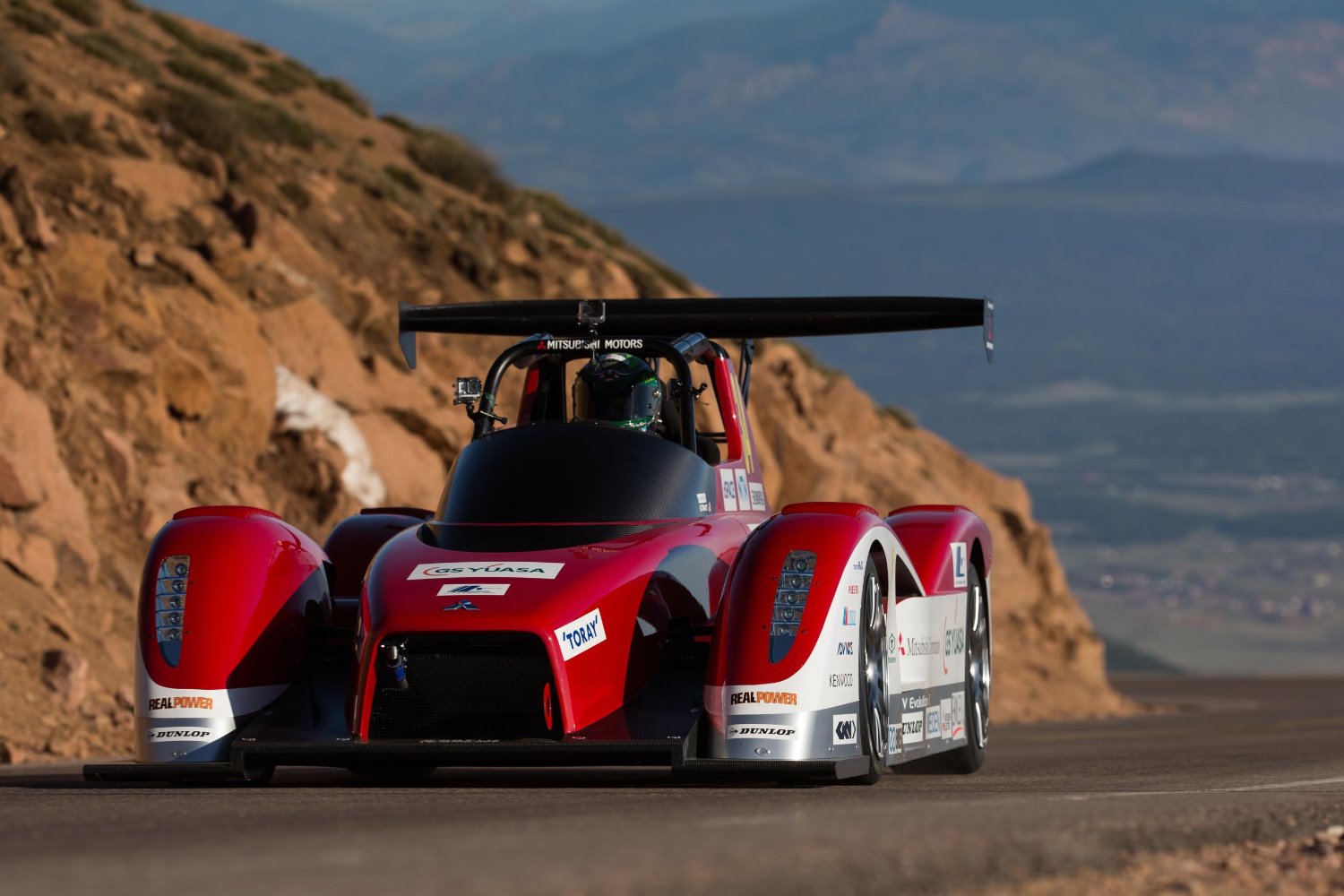 The Mitsubishi Motors Racing Team conducted vehicle testing of the all-new MiEV Evolution II at Pikes Peak on June 15-16 in preparation for this year's Race to the Clouds and the 100 percent electric-powered racing prototype performed flawlessly.

"I was very impressed with the performance and capabilities of last year's Pikes Peak racing car," said Masuoka. "But the improved power output, Super All-Wheel Control (S-AWC) handling and level of downforce exhibited from this year's all-new MiEV Evolution II is remarkable."

"Having watched Mitsubishi Motors' success last year in their inaugural Pikes Peak run, and having used Mitsubishi's S-AWC in my World Record Loop at the X Games, I was honored to be given the opportunity to race for MMNA in the EV Division. Having now tested the car, I am even more thrilled."

First run in 1916, the Pikes Peak International Hill Climb is a treacherous 12.42-mile/156 corner road course through the Rocky Mountains in Colorado commencing at an elevation of 9,390 feet and finishing at 14,110 feet, nearly three miles above sea level.