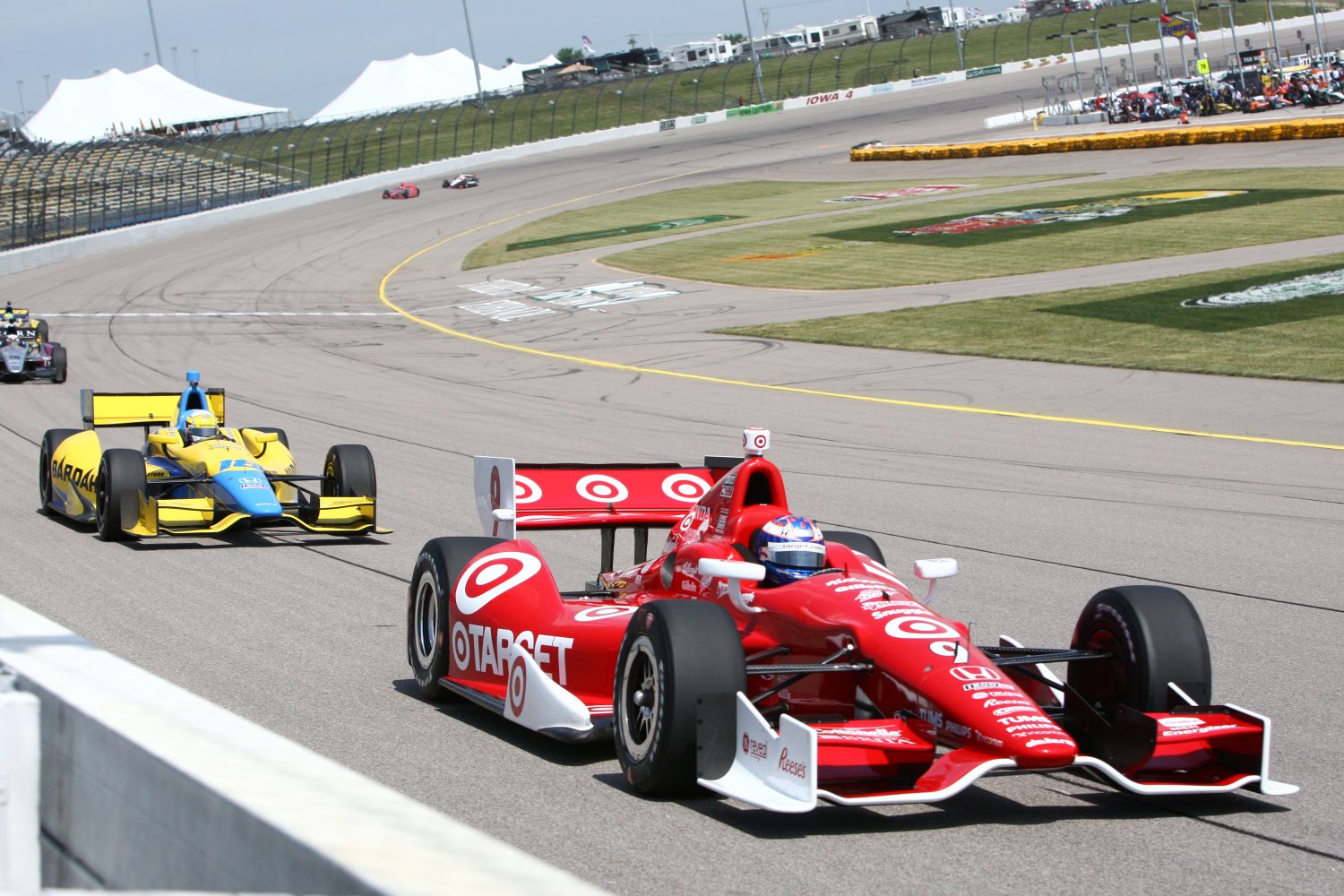 Bia in her Bardahl Special number 18 would start the race in 23rd position. She would then show the world that she truly belongs in Indy Car with an impressive move up the field.

“The car was very good today especially in the first stint," commented Bia. “We were moving the Bardahl Special forward in the second stint as well, until we had a problem with one of the suspension corners that ended our day early."

“Bia did a great job today and in the qualifying race yesterday," reported Team Owner Dale Coyne. “Her steady improvements all year have shown that she truly belongs in Indy Car and it is our sincere hope that the pieces will come together to insure her place in this sport for a long time to come."

Justin Wilson would start 10th in the #19 Boy Scouts of America Indy Car for today’s Iowa Corn 250. He showed great speed and would actually led 5 laps at one point on strategy. After the yellows would settle out, Justin would finish the race in 11th place.

“The car was not perfect the first outing, but the team made good changes and it got much better for the later running," said Wilson. “We are keeping in the points and working on a strong top 10 in the final points chase."

In a day that saw early morning rain and a 10 minute delay for the start because of track dampness, the clouds would stand off and allow the 250 lap event to run to its completion.

The team will now enjoy their first weekend off in over two months, but not before a trip to Mid-Ohio for testing this coming week. The next event will be the Pocono 500 in two weeks time.