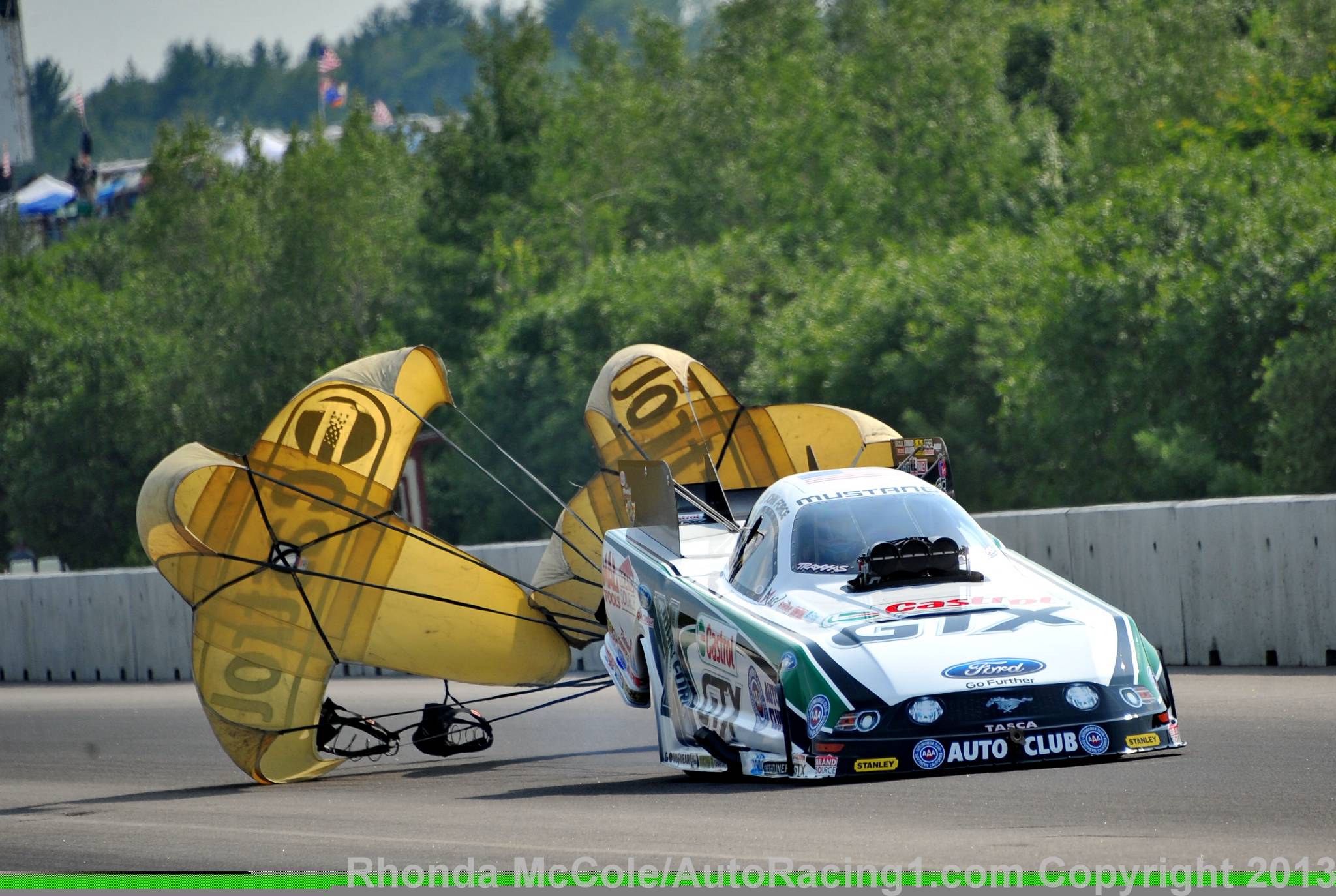 In a rematch of their Father’s Day first round battle in Bristol last weekend Courtney Force came out on the winning side today taking out father and 15-time NHRA Funny Car champion John Force in the final round of the Inaugural Auto-Plus NHRA New England Nationals.

The second year driver won for the second time this season and third time in her career outpacing her teammate 4.301 seconds to 4.361 seconds in front of a capacity crowd at New England Dragway.

"I decided to keep my mouth shut this time. I was just hoping we could get a little bit of revenge over him and we were able to do that. Being that it was my birthday weekend made it that much better," said Force, who turned twenty-five on Thursday.

“I knew I didn’t get my energy level up with my dad, I was actually too afraid that I was going to red light, especially because I walked into the bus right before final round and I heard him say ‘red light.’ I was like, okay, well I don’t want to red light against dad. But then it was in the back of my head and I thought maybe he was playing games with me, secretly, but it worked.

"I think he went in deep on me. I was just trying to do the same ol’ thing. I mess with him about every other weekend, but I thought, ‘I’m not going to mess with him,’ especially because I didn’t want to throw my own routine off. I just tried to do the same ol’ thing and he went in there deep. I’m surprised he didn’t put out the top bulb on me. But it was all fun," said Force.

“This was good for our whole team. All of our teams and our sponsors, Traxxas, Castrol, Auto Club, Mac Tools, Ford, and BrandSource. We’re all very excited to take home a win here."