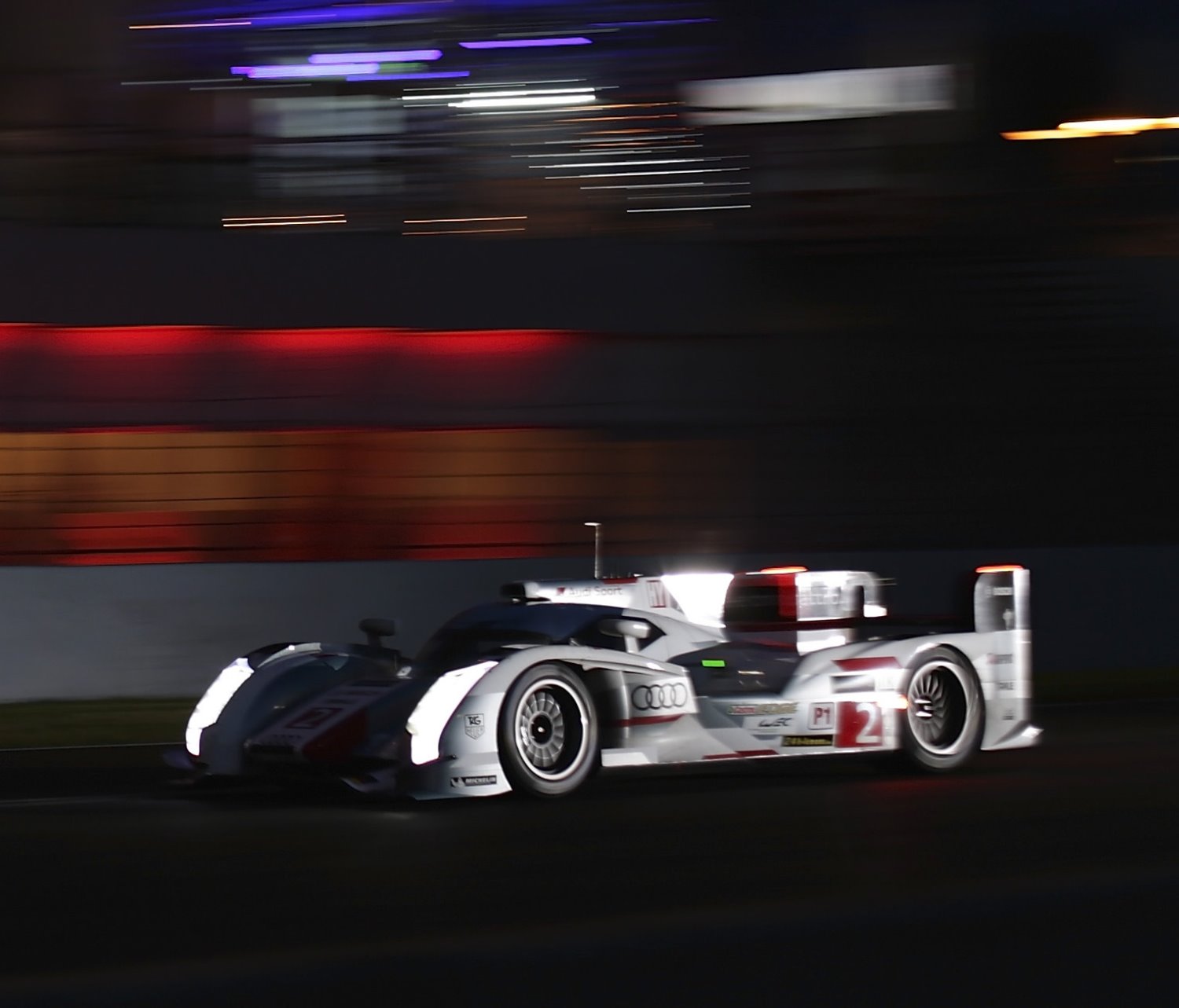 Morning has come to Le Mans and Frenchman Loic Duval kept his #2 Audi in the lead with three hours to go in the 81st running of the 24 Hours of LeMans.

Toyota's run second and third, but the #3 Audi, currently in the hands of Oliver Jarvis, is catching them and with three hours to go is just over one minute behind Nakajima.

Andre Lotterer took over in the recovering #1 Audi that now sits fifth overall, eight Laps down on Jarvis.

Zytek Nissan-engined cars continue to lead the LMP2 class. The two OAK Racing Morgans have been battling throughout the night with a pair of Zytek’s own Z11SN chassis in pursuit.

A suspension problem has dropped the rapid Jota Sport Zytek down the field. However, Oliver Turvey is still recording fastest sector times. Following one of the many safety car periods that have been a feature of the race, the Greaves Zytek of Michael Krumm, Jann Mardenborough and Lucas Ordonez has now fallen back to fourth in class.

Heading the field is the Zytek Nissan-engined Morgan of Bertrand Baguette, Ricardo Gonzalez and Martin Plowman. This has now settled into the lead ahead of the sister car of Olivier Pla, Alex Brundle and David Heinemeier, which led earlier on in the race.

Six of the seven Zytek Nissan-engined cars that started this grueling race are still running.