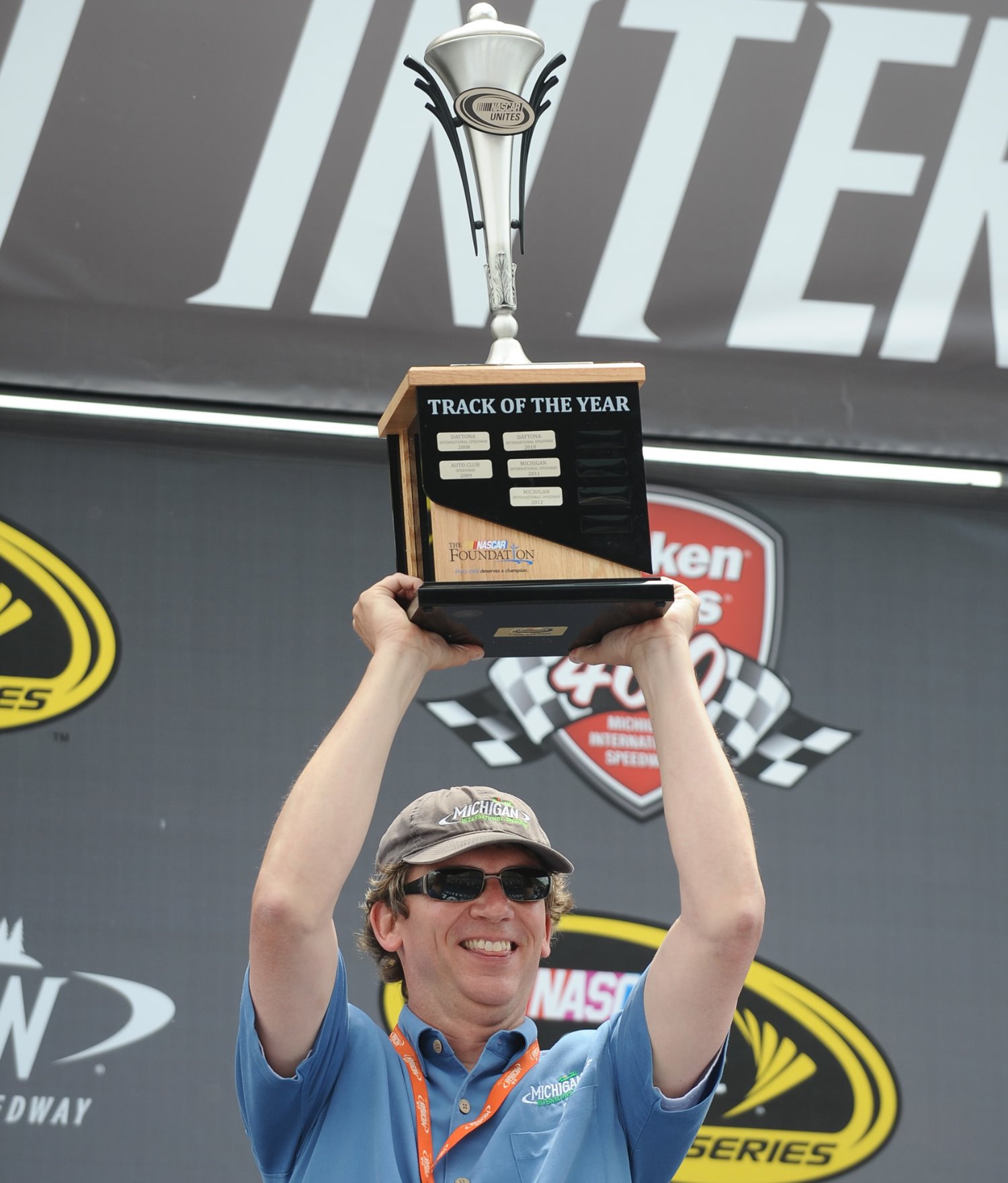 For the second year in a row, the NASCAR Foundation has recognized Michigan International Speedway’s charitable and community efforts, naming the racetrack its “Track of the Year."

Of note, the NASCAR Foundation lauded the speedway’s “Track and Explore" program, a partnership with Adrian College that teaches area youth about nature and conservancy with a series of field trips to MIS.

“All our employees and volunteers are truly passionate about giving back to our community," speedway president Roger Curtis said. “This is where we work, live and play. And it’s up to us to be involved and to make our community stronger. We will always be a leader in the community for community giving."

The speedway was also cited for awarding $75,000 in 2012 to local charities through MIS Cares, the speedway’s official platform.

Through annual programs such as Fish Your Bass Off, NASCAR Unites, Extreme Bus Make Over, the track’s annual Charity Drive and Racing to Read and its Spirit of America blood drive, Michigan International Speedway has fostered a community-minded effort, as well as raised funds for charities, big and small, and charitable work.

Michigan International Speedway annually hosts the Spirit of America, the nation’s largest 9-11 blood drive. But that’s not all. Besides its annual fund-raisers and community involvement efforts, MIS Cares also partnered with the Ryan Newman Foundation and Brad Keselowski’s Checkered Flag Foundation to help those NASCAR drivers with their efforts.

MIS also worked with Michigan native Brad Keselowski and his Checkered Flag Foundation in June to host injured soldiers and veterans for a day at the races with the driver’s Race to Recovery program.

Striving to be the track that gives back the most to its fans and local and state communities, MIS president Roger Curtis was very proud of the speedway’s achievement.

“It’s an honor to be named the NASCAR Foundation’s ‘Track of the Year," Curtis said. “But for two years. That’s incredible. We are just so proud of MIS Cares and what it has done for the local and state communities. We are always striving to improve every year and this achievement recognizes our efforts."

Since 2006, the NASCAR Foundation has contributed more than $15 Million in charitable support and helped provide medical treatment for more than 24,000 children annually at Speediatrics, fulfilled more than 2,000 NASCAR Dreams, helped provide 1236 summer camp experiences for children with special needs, recruited 12,000 fans to become part of a Volunteer Network and created educational opportunities for school-aged students that help to engage them in science and engineering programs.

Nestled in the lush Irish Hills of Southeastern Michigan, Michigan International Speedway is NASCAR’s fastest track and the Great Escape, a venerable NASCAR national park where fans can get away and enjoy the very best in racing and camaraderie. It’s the love of racing and the thrill of a great time for race fans and drivers alike.