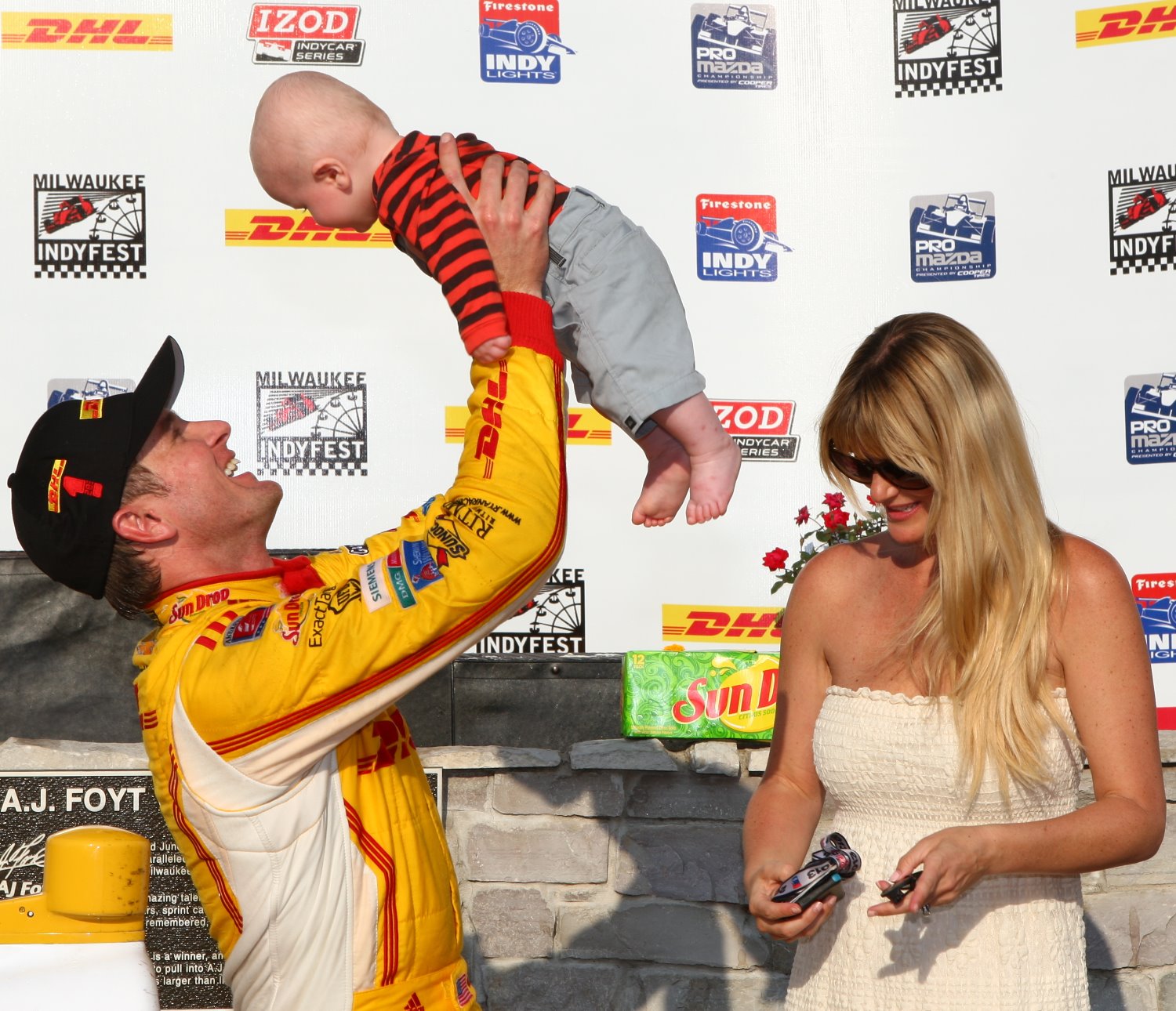 After watching Ryan Hunter-Reay's controlled performance in winning the Milwaukee IndyFest for the second year in a row, Andretti Autosport team owner Michael Andretti said the 2012 IZOD IndyCar Series champion is "definitely in his prime."

Andretti doesn't need to look far for a comparison.

The second-generation racer was 30 when he won the 1991 CART IndyCar World Series championship for Newman/Haas Racing. Runner-up championship finishes sandwiched the title season, and over the three years Andretti recorded 18 of his 42 Indy car victories.

Hunter-Reay accumulated 287 points (four wins, a fourth place) in the final eight races of 2012 — 78 points more than championship runner-up Will Power and 55 more than Dixon, the next highest scorer.

Through nine races this season, Hunter-Reay has moved to 16 points behind the front-running Castroneves (299 points) in the championship standings on the strength of two victories and three other podium finishes. Marco Andretti, the pole sitter at Milwaukee, is third with 249 points.

"(Ryan's) at the perfect age. He's got all the experience he needs. He knows exactly what he needs in a race car," said Michael Andretti, who won five times at The Milwaukee Mile as a driver and now an equal number as a team owner. "He knows what he needs when he's at certain positions in the race. Those are the things you just learn through experience. Those are things that win you championships."

Hunter-Reay was seventh in the championship entering the June 2012 Milwaukee IndyFest (75 points behind the front-running Power and coming off a 21st place at Texas because of a mechanical issue) and headed to the next race at Iowa Speedway in fourth place.

Three consecutive victories and four overall in the closing nine races put the heat on Power, who built a sizable advantage based on three consecutive wins in a row in the first half of the season. The title showdown in the season finale went to Hunter-Reay by three points.

"In sports, when you get into a momentum, a rhythm, it's not something you can put a price tag on or finger on, it just happens," said Hunter-Reay, who led Castroneves across the Milwaukee Mile finish line by 4.8 seconds. "It kind of saturates the team with this feeling that, 'Hey, we can get it done. If we perform to our best, to our potential, we can absolutely win races.'

"That carried over week in, week out. We were able to win four more races than anybody else last year. It all started (at Milwaukee) last year. This is a great place to start. Andretti has great cars. You put the two together, and hopefully it comes out the way we want."

Over the past 17 races – Milwaukee to Milwaukee – a look at how top eight have fared:

â€¢ Takuma Sato (380 points total) … 223 points this season (one victory, one other podium, two other top-10 finishes) … Fourth in standings