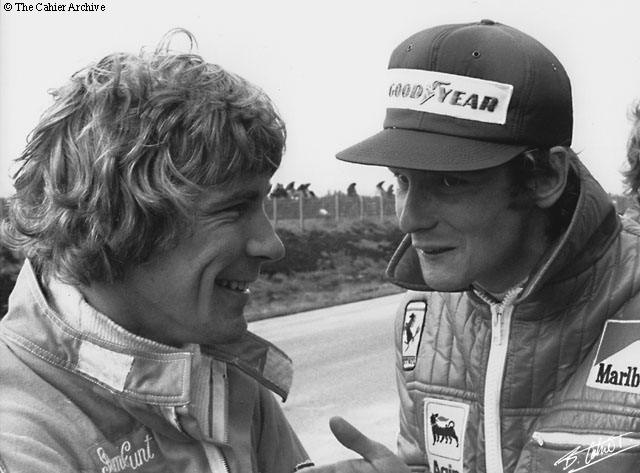 Today marks the 20th anniversary of the death of James Hunt, who won the Formula One world championship back in 1976 and left a great legacy in the sport for his skill on-track and his antics off-track, causing many to dub him a ‘playboy’.

Hunt first competed in Formula One in 1973 for Hesketh Racing, debuting at the Monaco Grand Prix. During his opening season, he scored two podiums and finished 8th in the championship despite missing half of the races, and his evident talent saw him take a further three podiums in 1974.

However, it wasn’t until 1975 that Hunt became a championship contender, winning his first race at the Dutch Grand Prix held at Zandvoort. A string of good results saw him finish P4 in the drivers’ championship, securing him a move to frontrunners McLaren.

With the British team, Hunt thrived, immediately finding his form in the M23 car and he soon became embroiled in a tight championship tussle with Niki Lauda, who was recovering from a horrific accident in Germany which almost claimed his life. At the final race in Japan, Lauda pulled out due to the weather conditions whilst Hunt came home 3rd to win the world championship by one point.

Despite taking three more wins in his career, Hunt could never win a second title, and he eventually retired in 1979 before taking up a commentary role with the BBC. He remained a focal part of British F1 coverage until his death from a heart attack in 1993, and he will always be remembered for being a symbol of F1â€²s glamour in the 1970s.

Ron Howard’s upcoming film, Rush, will profile the 1976 season and the battle between Hunt and Lauda. NBC MotorSportsTalk