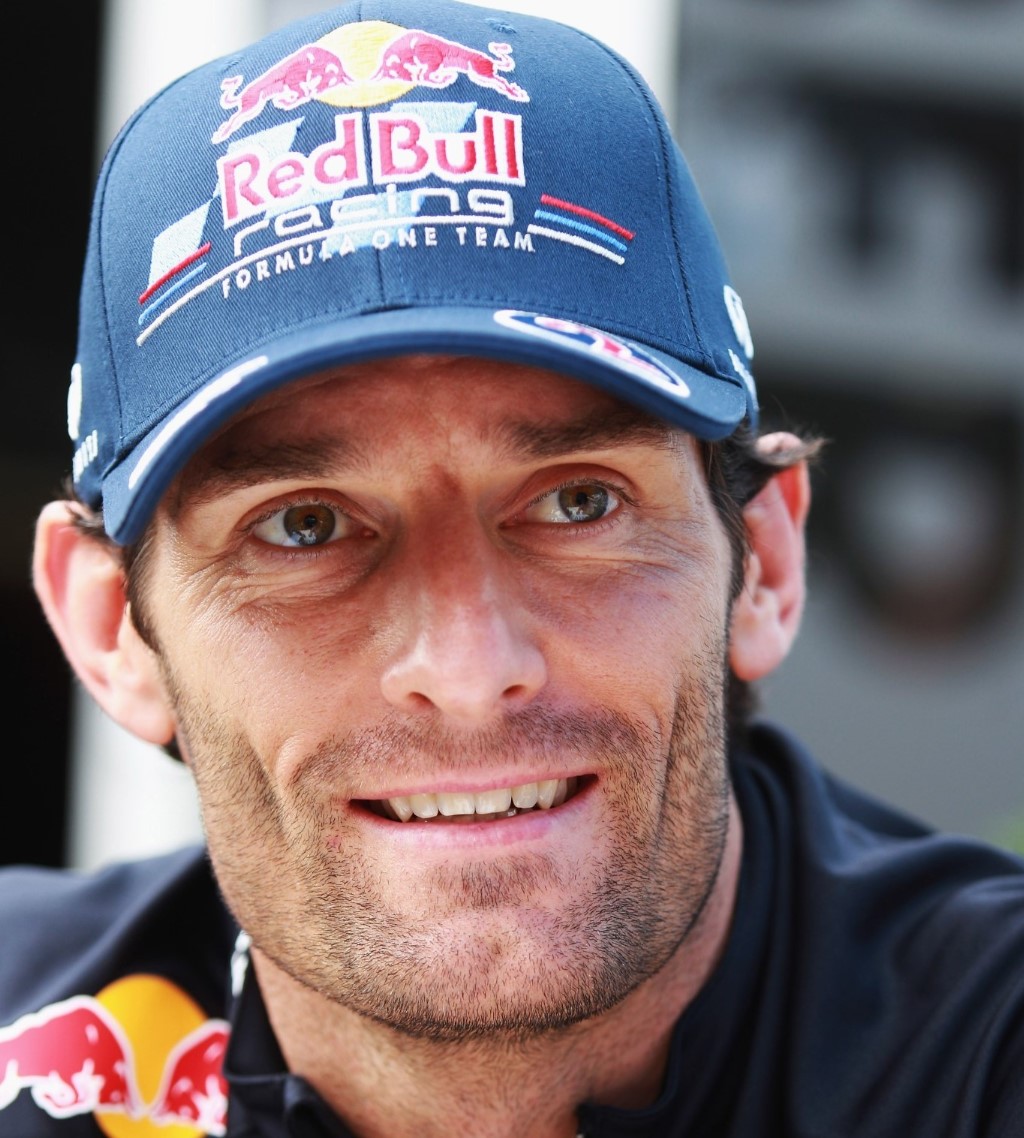 Red Bull set for Webber contract talks
(GMM) Christian Horner has moved to calm speculation about Red Bull's driver plans for 2014 by saying he will hold talks with Mark Webber "later in the summer".

As the team extended its contract with Sebastian Vettel to include 2015, speculation ramped up that Australian Webber, 36, will not get a new deal beyond his contract that expires this year.

The early favorite to succeed him was Kimi Raikkonen, but the latest talk has been about the solid progress of Red Bull's Toro Rosso duo, Daniel Ricciardo and Jean-Eric Vergne.

"I think they're doing a good job so far," Horner is quoted by Speed Week.

"Both have shown they have the speed, now it's about adding the final touches to build on their experience and run regularly in the points."

Asked when Red Bull will make a decision about Vettel's teammate for 2014, Horner insisted that Webber is still very much a contender.

"Our driver pairing is one of the most successful in formula one history," he said.

"We stand behind this team and will be having a conversation with Mark later in the summer."

The reporters were summoned to Helsinki for a press conference, to be attended by the 23-year-old as well as his F1 team boss, Sir Frank Williams.

Surely, the journalists thought, it will be announced that Bottas' contract will be extended to include 2014, particularly after deputy boss Claire Williams said the Oxfordshire based team is "convinced we have a future world champion on our hands".

However, no announcement was made.

Asked about Claire Williams' comments, Bottas told the broadcaster MTV3: "Sure, that sounds good! It (staying at Williams) would be great, so let's hope so."

He said he is not worried about the forthcoming contract negotiations.

"There's no point thinking about it too much," said Bottas. "The best thing I can do is focus on the racing and do my best."

Williams has struggled for pace in the early phase of Bottas' career, but the young Finn has shown well alongside teammate Pastor Maldonado, and last Saturday he qualified third in the wet conditions in Montreal.

"I think Canada was good for me in that I was able to show my skills," he said. "It is not so easy to see what you are doing when you are fifteenth.

"Hopefully I have shown that I really deserve my place."

Sir Frank Williams admitted he is happy with Bottas.

"Valtteri is a wonderful young man," said the 71-year-old in Helsinki, according to Turun Sanomat newspaper.

"He is very popular and cooperative within the team, and he absorbs himself in everything he sees and hears.

"He doesn't talk much, but that's because he listens," Williams beamed.

The Swiss was dropped by Red Bull's second team, Toro Rosso, at the end of 2011, but he kept his career alive with the reserve job as well as a Le Mans race seat with Toyota.

"But the goal is also to race, so it's a very good compromise with Toyota at Le Mans: I can race and stay (in F1) with Red Bull."

Asked about his chances of returning to F1, Buemi continued: "Actually very good.

"As Red Bull's third driver I'm interesting to the smaller teams. But that would have to make sense.

"I'd prefer to stay here rather than finish 18th," he insisted.

Buemi therefore revealed that staying as Red Bull's F1 reserve beyond his 2013 contract is likely.

"It looks good that it (the contract) will be extended," he said.

"I've been in the car for about seven days (so far) this year, which is not much. I hope next year it'll be more."

Hamilton absence not cause of McLaren slump – Whitmarsh
(GMM) While Lewis Hamilton tries to up his game at Mercedes, Martin Whitmarsh insists losing the 2008 world champion is not linked to McLaren's 2013 slump.

"Lewis is a great driver and a good asset and we have not got him. But I think both our drivers are doing a good job," he is quoted by Sun newspaper.

Hamilton moved to Mercedes over the winter, but at recent races he has looked glum as teammate Nico Rosberg scored a hat-trick of poles and won in Monaco.

The 28-year-old Briton, however, had a better weekend than Rosberg in Canada, finishing on the podium.

He is quoted in the Independent newspaper as saying he was "determined to regain everyone's confidence in me".

But Mercedes insists it never lost faith in its new recruit.

"I don't have that feeling we lack confidence in him," team director and co-owner Toto Wolff said.

"I think we are going to see great races from Lewis. I've no doubt."

Alonso highest paid driver on Forbes list
Fernando Alonso is the best paid F1 driver, according to the latest Forbes Highest-Paid Athletes list. The Spaniard apparently earns $30 million a year, of which $28m is from his salary/winnings and $2 from endorsements. It puts him 19th on the list.

Fellow F1 World Champions Lewis Hamilton and Sebastian Vettel were the only other F1 stars to make this year’s top 100, placed 26th and 89th respectively. Hamilton takes home $27.5m, while Vettel has to make do with $18m.

Golf star Tiger Woods was ranked number one, taking in $78.1m per year, ahead of Roger Federer and Kobe Bryant.

Ahead of an FIA International Tribunal hearing to which both Pirelli and Mercedes have been summoned because of the three-day Barcelona run, there has been an increased focus on the fact that the tire company has so little testing access.

Paul Hembery, its motorsport director, says that it is vital the situation changes if Pirelli remains in F1 – and he hopes that the fallout from the Mercedes test situation will make people more open to assistance.

"We've been constrained clearly in every direction we have looked," Hembery told AUTOSPORT.

"It is very hard when you are being criticized: you know you can solve things or change things, and you are not allowed to. That is something we don't want to have to go through again.

"It is clearly not fair from our point of view. We are here to help the sport. We want to make sure that every team has the same service and product and make sure we deliver for the fans what we have been asked to do.

"We do win every race, but the difference is we don't care who wins. But we do care about what is said.

"We hear and read all the time the comments that we see, and it is clearly not something you expect to get from a sport where we are a partner." Racer.com

Massa calm over future
Felipe Massa insists he is calm about his future with Ferrari despite enduring tough results in the most recent races on the F1 calendar in Monaco and Canada.

The Monaco weekend in particular turned out to be one to forget for the Brazilian, who crashed heavily in practice, and then again on race day to lodge his first retirement of the year.

Massa then endured a tough start to the weekend in Canada when another incident in qualifying left him with work to do on race day, although a solid performance saw him come through to eight at the finish to pick up his fifth points finish of the year.

Although he failed to score in Bahrain after tire issues, Massa has shown a notable upturn in his performance, despite rumors persisting about his long-term future with the Scuderia.

However, the former championship runner-up insisted he was pleased with the way he was performing and remained confident about his future with the team going forwards.

"I am calm, I think it's important to have a good pace," he told TotalRace. “I'm feeling good in the car and have a good pace. I'm very upset about what happened in Bahrain, with the tires and the hits I've had. That hurt my score, but I'm happy with the car I'm driving and that's what counts most."

Massa also insisted that he didn't feel there was a better option for the team to put in the car in his place.

"In my opinion, if you had a driver so much better to get into my place, okay," he said. “But I think there isn't." crash.net

Horner: Jury still out on Toro Rosso duo
Christian Horner says it's too early to judge whether Jean-Eric Vergne or Daniel Ricciardo are ready for a move to Red Bull.

The young duo have impressed for Toro Rosso, with Vergne in particular showing strong recent form by netting points in Monaco and securing sixth place in Canada last weekend – the best result of his fledgling Formula 1 career.

But Red Bull boss Christian Horner says it's too soon to tell if either Vergne or Ricciardo are Red Bull material, should the team elect not to retain Mark Webber next season.

"He [Vergne] had a very strong weekend. He drove a good qualifying and a strong race so he deserves it," said Horner.

"I think the two of them are both very capable drivers and they are feeding off each other. They almost alternate over different weekends, and it is great to see young talent starting to flourish."

When asked if he felt either man was ready to step up to a team like Red Bull, Horner replied: "It is still too early to make a call on that, but we have all the information through working with those guys and following them closely.

"But it is great to see the progress they are making."

No concrete decision has yet been made on Webber's future. That will most likely come during the summer break. Planet F1

Whitmarsh opposed to 21-race calendar
Martin Whitmarsh is not in favor of the F1 calendar being extended to 21 races, saying it will be "tough" for the teams.

Next season New Jersey is expected to make its Formula One debut, having put back the inaugural race by a year as the organizers "had not complied with the terms and conditions of the contract."

However, that is not the only new race as Russia has also been penciled in, bringing the number of grands prix to 21.

Whitmarsh, though, reckons that's definitely one event too many.

"I don't know whether there really will be 21, but I've heard the stories of a variety of new venues, from Russia to talk of New Jersey again," ESPNF1 quotes the McLaren team boss as saying.

"Well they're both important territories, aren't they, but whether all the other dates on the calendar survive, I don't know. But 21 is a lot of races, that's for sure."

He added: "We've had 19 this year and 20 last year, and I know it's only one more but we've been saying that since we had about 14 races and most of those were in Europe. It gets quite tough for the team."