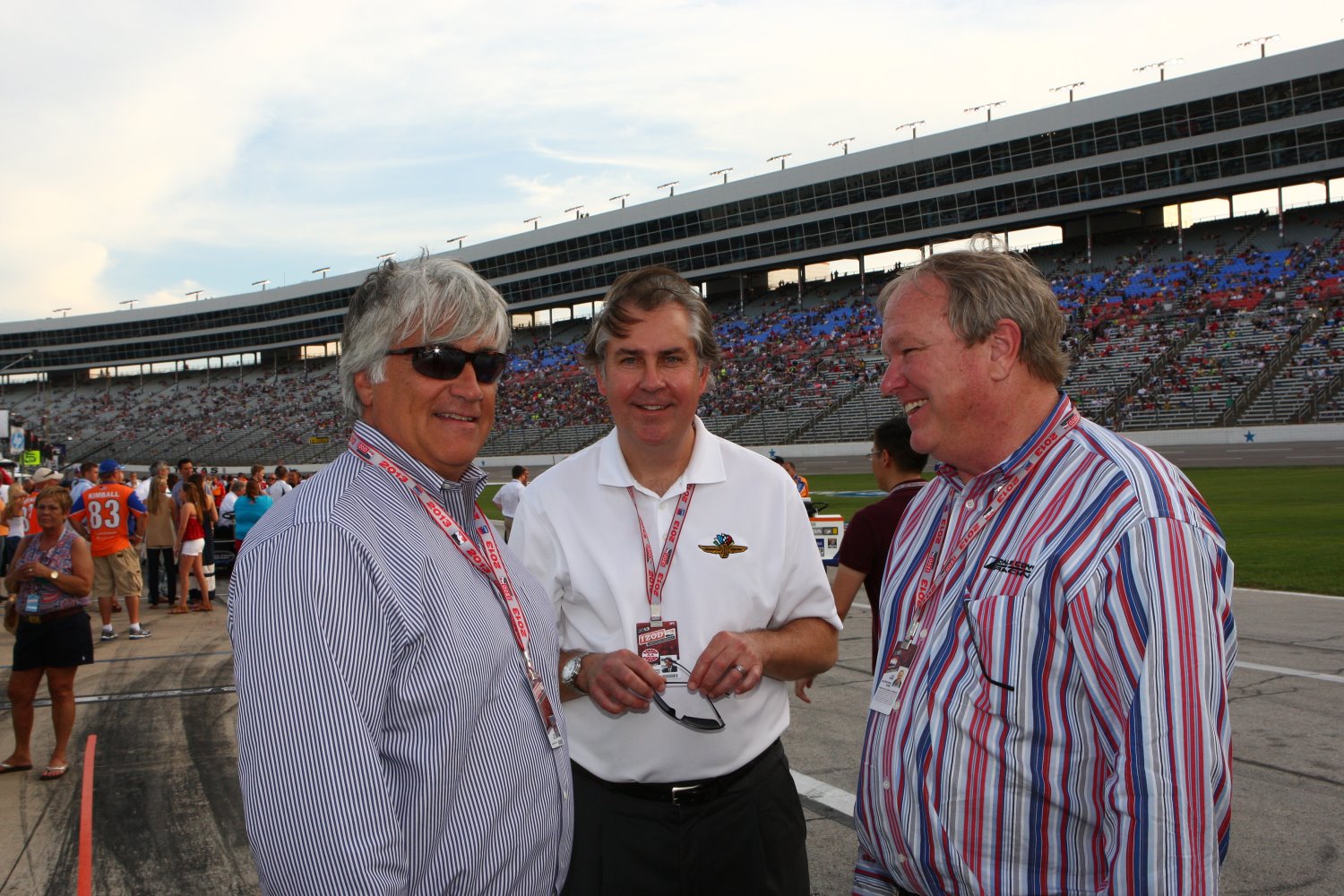 UPDATE No official crowd count but I thought it was the worst ever – maybe 30,000. If the front-stretch grandstand holds 100,000, there had to be a butt in every third seat to get to 30,000 and it was close. Robin Miller/Speedtv.com

A reader writes, Dear AR1.com, I noticed that attendance was down significantly for Saturday night's boring IndyCar race at Texas Motor Speedway. I remember when the IRL was formed this was one of their biggest events with around 100,000 in attendance. IndyCar appears stuck in a downward death spiral from which it cannot recover. Jules Beam, New York

Dear Jules, Indeed, the heroes of American motorsport are in NASCAR today. They rule the American motorsports scene. In addition to having no heroes, IndyCar has lost its connection with American youth. There is a way to save the sport, but it would take the foresight laid out in our April Fools article that was meant, in a subtle way, to show the series the way forward.

The motorsports industry in this country needs to get in front of the NCAA and convince them to make go-kart racing a sport for high schools and something at a higher level (Indy Lights) in colleges. The entire automotive industry needs to back that effort. Many kids today have found they simply don't want a car and may never need one.

Young people are returning to big cities and to near-urban, walkable suburbs. Many remain "connected" via smartphone for their entire mass transit commutes to and from work. They also are more interested in saving the planet, he says, though the economy remains the biggest factor. These young non-drivers are weaning themselves from cars, and won't necessarily rush to buy them when the job market improves.

"I have lots and lots of reasons for not wanting to drive," says Sonia Zatkowsky, a 19-year-old student at Santa Monica College in car-crazy Southern California. "I have anxiety about driving. It's a lot to focus on. And I don't trust all the other people out there to keep their focus. Instead I walk everywhere I need to go in Santa Monica. My friends have really expensive gym memberships and work on their tans. I just walk around and stay in shape and get a good tan. I'll probably never want a car."

With no heroes and no connection with American youth, IndyCar will continue its death spiral. Mark C.