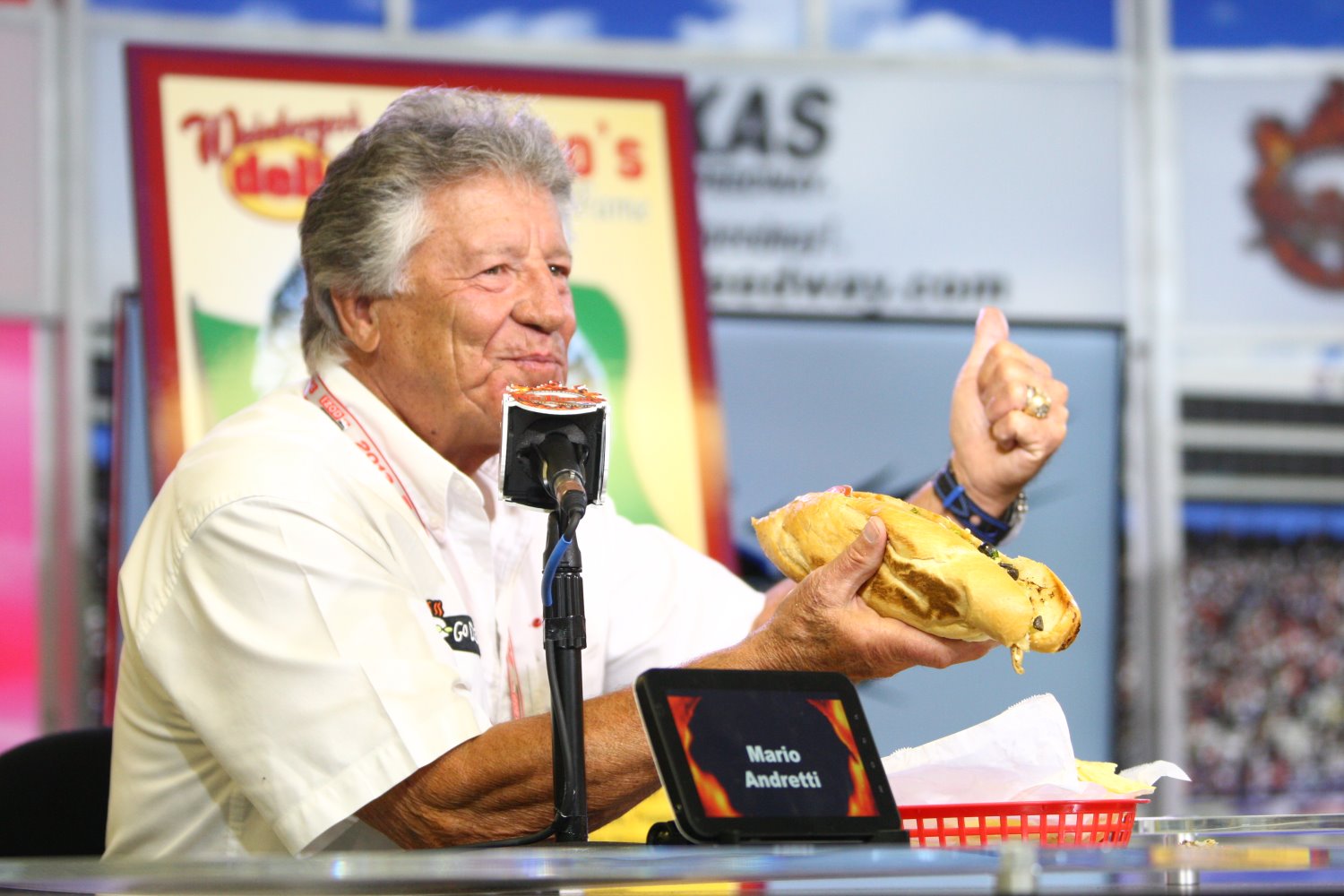 “And I’m taking this with me."

The sandwiches are a speedway tradition in the media center. Weinberger’s has previously created sandwiches inspired by Darrell Waltrip and Matt Kenseth, among others.

“Pretty good," Marco said. “Just don’t know if I could eat a footlong just before I drive around the banking over there."