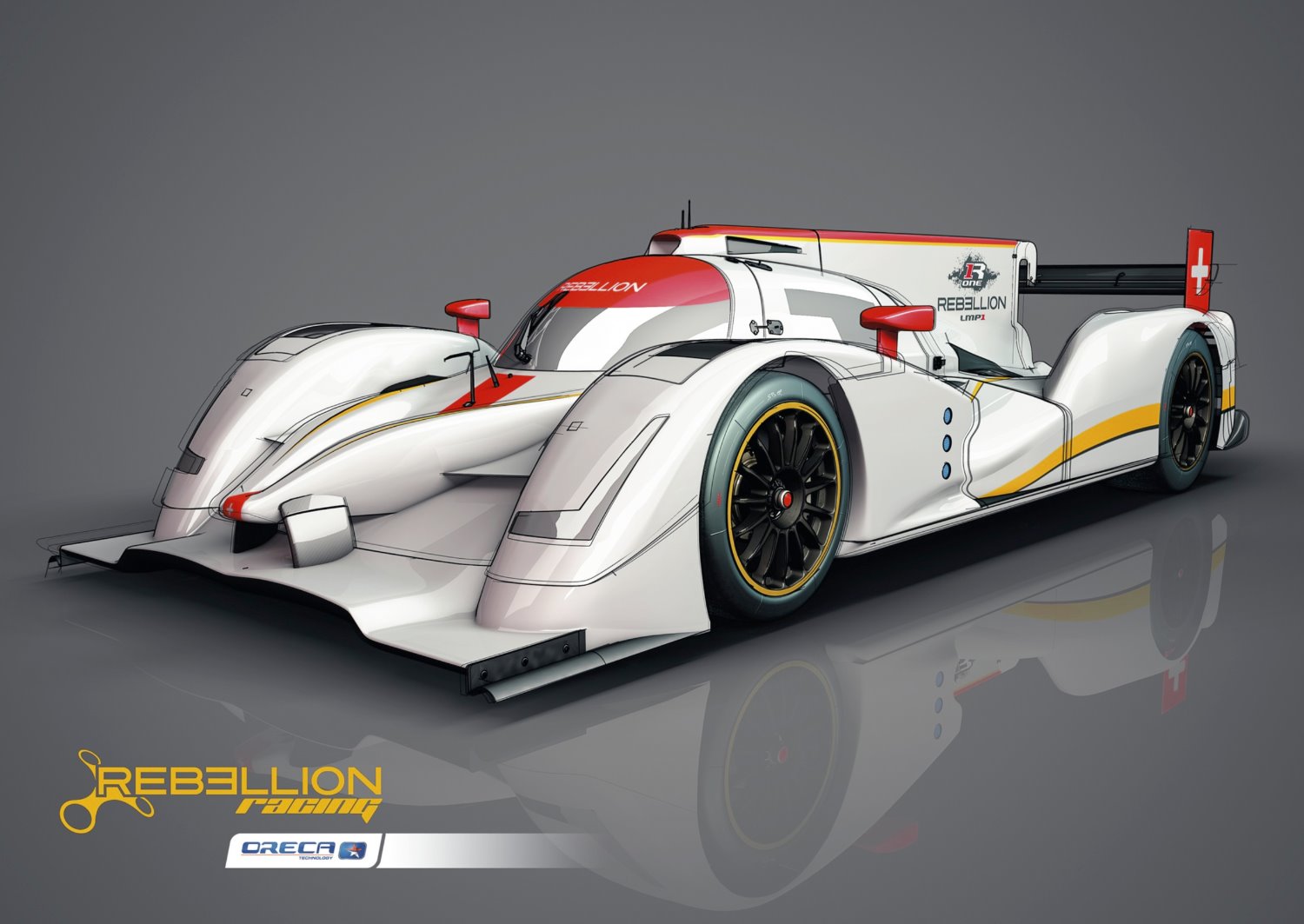 Swiss team Rebellion Racing is pleased to confirm their commitment to the future of the LMP1 category and to announce that they will have a new LMP1 car for 2014 developed and built by ORECA : the new car will be christened the Rebellion R-ONE.

Rebellion Racing have expressed many times their desire to continue to compete in LMP1, the premier class of endurance racing in the FIA World Endurance Championship.

With Endurance racing beginning a new chapter in its history in 2014 with the introduction of fresh regulations and a new technological approach, the Swiss team had to make a decision regarding their strategy for the coming seasons and the choice of the race cars to be run.

Rebellion Racing is a young, audacious and independent team. Facing up to new challenges has always been in team's veins. It quickly became evident for Rebellion Racing that the best option for 2014 was to give the team a new dimension and to lead their own LMP1 car project.

Rebellion Racing have chosen ORECA to design, develop and build the Rebellion R-ONE as ORECA shares common values with the Swiss team and they have become a reference manufacturer of LMP cars with high expertise and know-how.

The study of the Rebellion R-ONE LMP1 that will be designed from scratch, started several weeks ago.

Bart HAYDEN – Rebellion Racing Team Manager :
"The new Regulations for 2014 provide a great opportunity for Privateer LMP1 entrants to challenge for overall race wins. At Rebellion Racing, we are motivated by the prospect of those victories and having truly established ourselves in the LMP1 category over the past seasons, we want to build upon our success and reach an even higher level.

Rebellion Racing are delighted to be able to commit our future to the LMP1 category at such an early stage. We have chosen ORECA to develop and build the Rebellion R-ONE because they have a strong record of success, they have produced many successful prototype cars and they share our passion for Endurance Racing.

We have much work to do to be ready for the 2014 season, but we are all looking forward to the challenge ahead."

Hugues DE CHAUNAC – ORECA President :
“Everyone at ORECA is very happy with this partnership with Rebellion Racing. They are a team who have proven their ability in running an LM P1 program and who are ambitious. This project fits perfectly with our developing constructor activities and we are motivated by the idea of doing so with a professional outfit. We share in the desire for a captivating challenge."