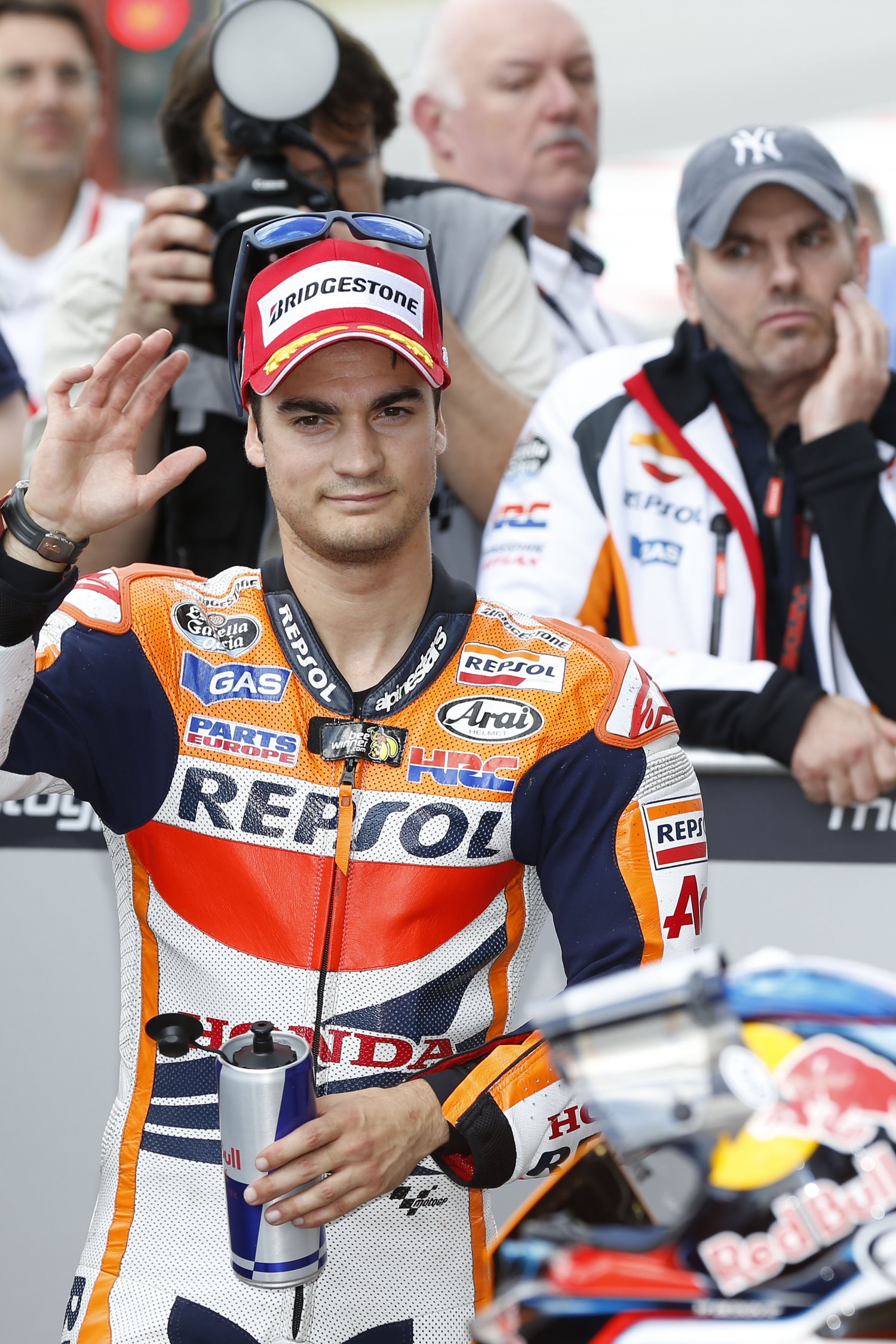 Until Free Practice 4 Pedrosa had not been quickest so far this weekend at Mugello but, shortly after Lorenzo had beaten his pole position record of 2012, overcame his compatriot with a best effort of 1’47.157. This left less than a tenth of a second between the top two, with Dovizioso cementing a front row position for the second consecutive race; this was notwithstanding the fact that the leading Italian was on painkillers after crashing on Friday. The top eight riders all enjoyed a short time on the provisional front row, but a flurry of changes made for an action-packed Q2.

Monster Yamaha Tech 3’s Cal Crutchlow will start fourth, still riding with a broken leg and despite an early crash in Q2, as LCR Honda MotoGP’s Stefan Bradl pipped Repsol Honda’s Marc Marquez for the middle slot on the second row; incidentally, the rookie had crashed in each of the first three practices – not least on Friday afternoon when he was fortunate to escape a high-speed accident – and had progressed to the shootout from Q1 for the first time.

Failing to pass through to Q2 on his second bike, Pramac Racing’s Andrea Iannone will start his first premier class home Grand Prix from 13th place, although teammate Ben Spies has pulled out of the weekend as he continues to suffer pain with a pectoral muscle. Accompanying Iannone on Row 5 will be Randy de Puniet (14th) and Hector Barbera (15th) for their respective Aspar and Avintia Blusens outfits. Gresini CRT runner Bryan Staring managed 22nd position on his 26th birthday, one spot ahead of Avintia’s Hiroshi Aoyama who had endured two accidents earlier on in the day.