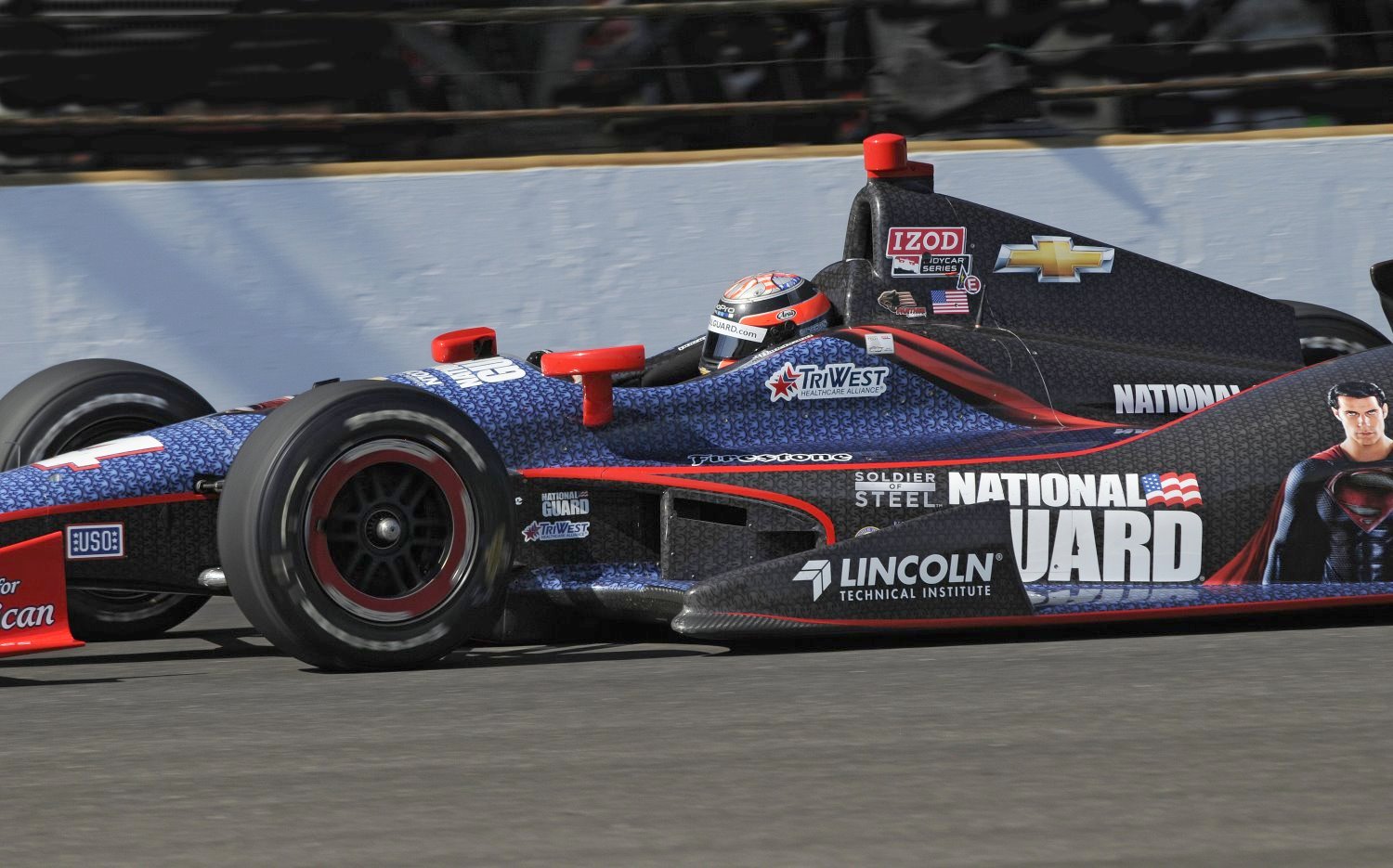 A respected independent research firm has confirmed the value that professional sports sponsorships provide the National Guard in recruiting and retaining high-quality soldiers. Alan Newman Research of Richmond, Va., found that 90% of Army National Guard soldiers who enlisted or re-enlisted since 2007 were exposed to the Guard through recruiting or retention materials featuring NASCAR (Earnhardt Jr.) and IndyCars (Hildebrand) and/or drivers.

Of those who enlisted or re-enlisted during that time period, 85 percent agree that professional sports are beneficial to attracting and retaining good soldiers. The survey also found that racing fans are an especially receptive group for the Army National Guard. NASCAR enthusiasts aged 18 to 34 – the Guard's target recruiting audience – are twice as likely to consider a military career than nonfans.

The Army National Guard turned to professional sports sponsorships in 2007 when traditional, more expensive recruiting efforts were failing to attract enough quality applicants. The force has since seen a surge in recruiting with some units having to turn away potential enlistees. See full (pdf) report at Enlisted Association of the National Guard of the United States site.