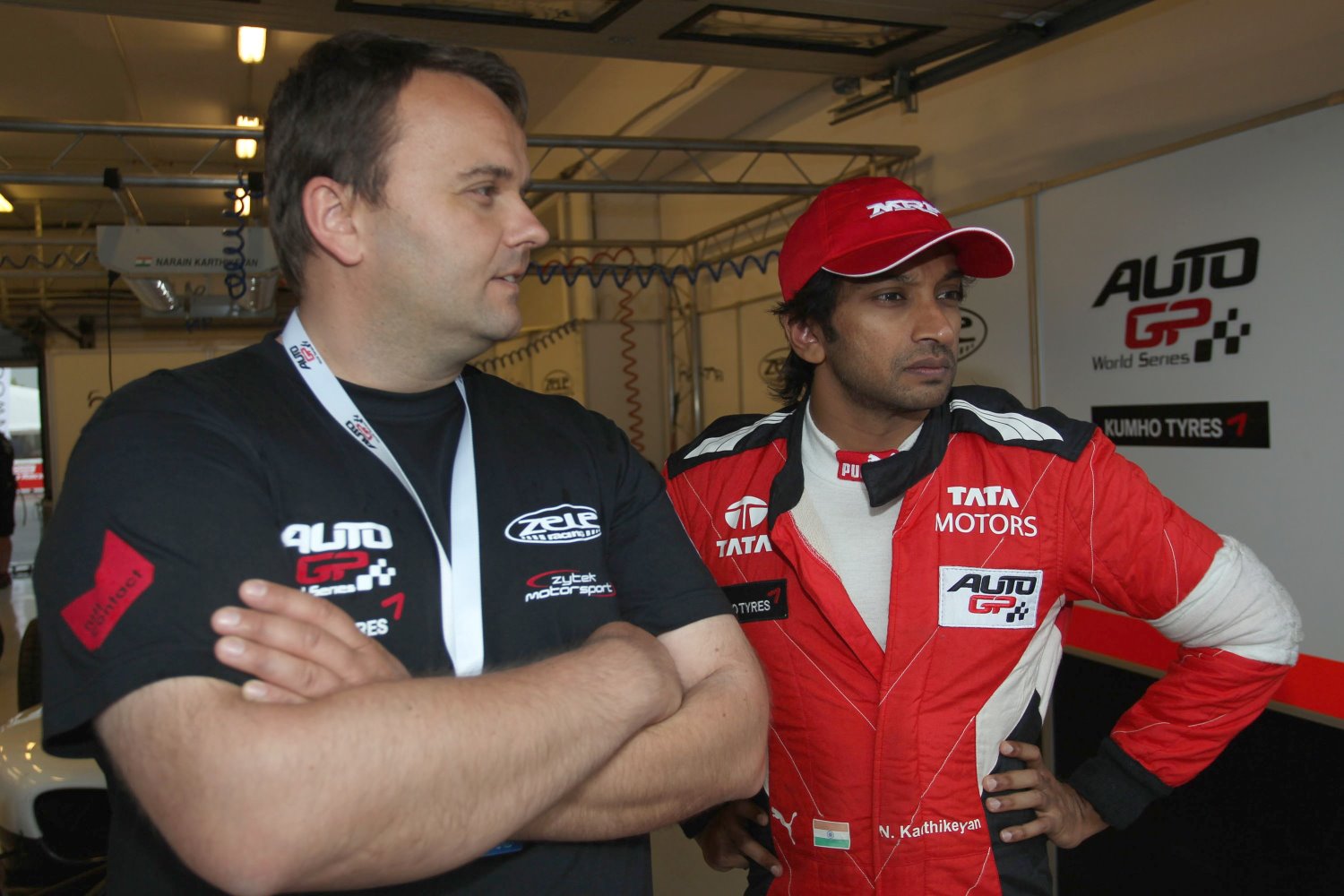 “Although Narain is a great guy, our sporting partnership has not worked out the way both of us would have liked it to. Therefore, it seemed most advisable to part", team boss Michael Zele explained.

Karthikeyan joined his friend’s outfit at the beginning of the 2013 season, after his F1 deal with HRT racing had fallen through last minute. However, lacking all preseason testing experience, the Indian did not settle into Auto GP racing as well as expected.

“Narain is a very good and fast driver, but it seems, it just wasn’t meant to be. Unexpected technical issues further hampered his displays on the track. Regardless, we want to thank him for his efforts and wish him all the best for his future endeavors", Zele added.

The team is now looking to quickly breach the gap alongside number one driver Bacheta, but is already in talks with several promising candidates.