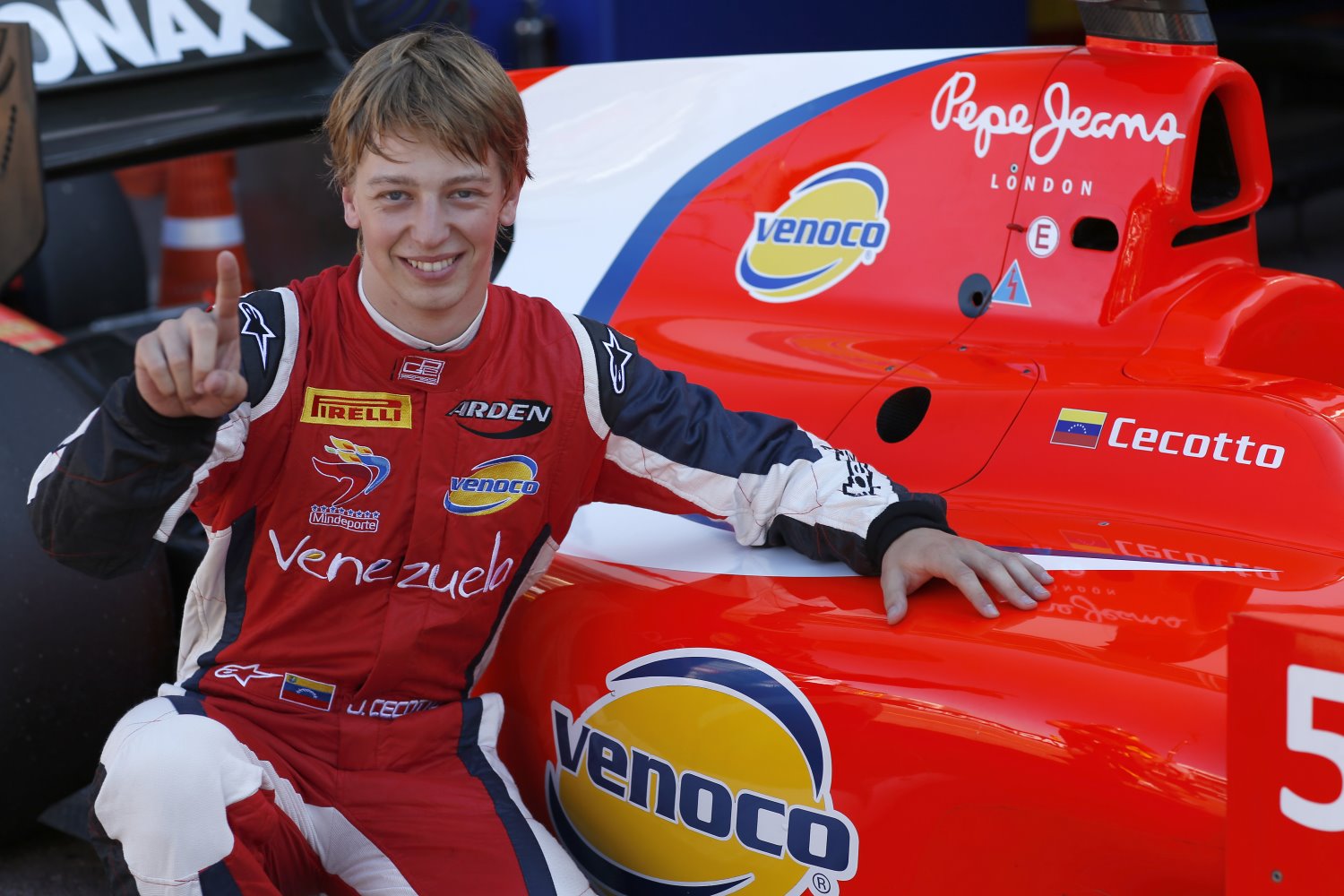 Johnny Cecotto was once again at ease driving in the streets of Monte-Carlo: the Arden driver set the fastest lap time of today’s Qualifying session in a 1:21.141 and thus grabbed pole position ahead of his teammate and rookie Mitch Evans.

As per last season, on the short Monegasque layout, the GP2 qualifying session was divided into two groups of fifteen minutes each. When Group A took to the track with all odd numbered cars, it was Cecotto who set the early pace, but Felipe Nasr was the first man to dip under 1m23s.

By mid-session, Sam Bird improved on the Brazilian’s lap time by three tenths, but the Brit’ handed the top spot to Marcus Ericsson when the Swede completed a lap time of 1:22.319. Cecotto however reminded the rest of the pack that he had dominated the competition here in Monaco last year and thus lapped the track 1.1s quicker than his closest rival. In the closing stages, it was everyone else’s job to try and reduce the gap to the Arden driver with Kevin Ceccon and Bird both also dipping under 1m22s, the British driver two tenths slower than Cecotto.

That’s when the Venezuelan found some extra pace to set a lap time of 1:21.141 with only one minute left on the clock and leaving his rivals the impossible task of finding the perfect lap. Bird was on the verge of doing just that after he set the first sector in purple and improved in the following two sectors, but it was not enough to deny Cecotto of the top spot.

After a ten minute break, Group B’s turn was up with all even numbered cars. Series leader Stefano Coletti was eager to please the crowd and set the early pace, and he was also the first man to break under the 1m22s barrier. Unfortunately for the local star, Jolyon Palmer went quicker. The Carlin man’s lap time was later bettered by rookie and GP2 race winner Robin Frijns.

The final stages of the session saw a four-way battle between Tom Dillmann, Evans, Palmer and Fabio Leimer, the latter lapping the track in 1:21.185 with only three minutes left on the clock. Evans had other plans though and on his final attempt, the New-Zealander set a lap time that challenged his teammate’s. However with a 1:21.157, Evans’ time was two hundredths too slow: it was enough to give him top spot of Group B, but not enough to snatch pole from Cecotto.

Behind the Arden pair, Bird will start from third ahead of Leimer, Ceccon, Palmer, Julian Leal, Dillmann, Nasr and Frijns. Cecotto is once again in the best possible position to repeat last year’s performance in tomorrow’s feature race, but on the twisty and challenging circuit of Monte Carlo, nothing is predictable.