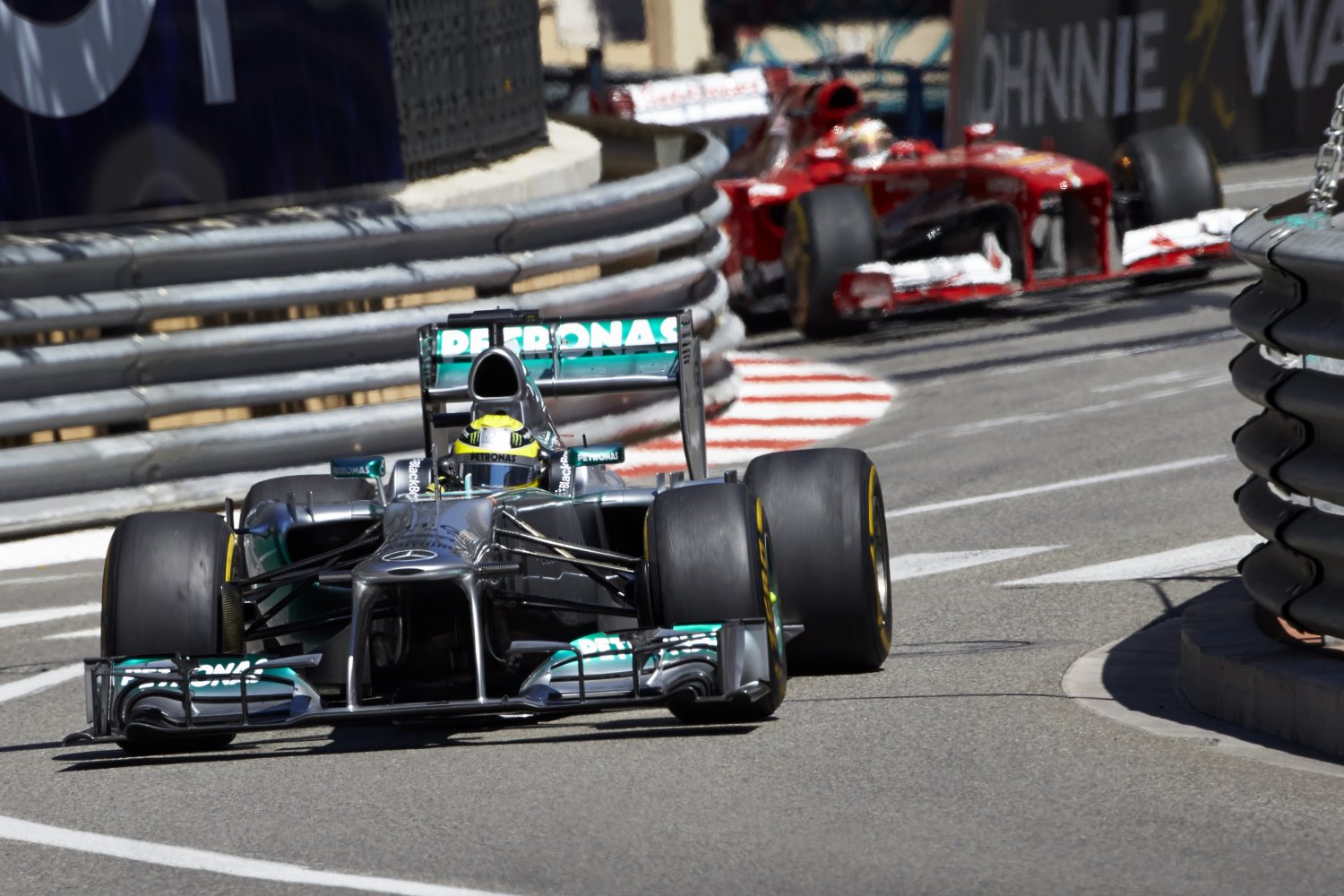 Following up on the recent pole streak where the Mercedes cars are fast but wear their tires out at an alarming, Nico Rosberg and Lewis Hamilton were first and second in Thursday afternoon practice in Monte Carlo.

Rosberg continued his domination of teammate Hamilton by topping the second session on a 1m14.759s 0.318 faster than Lewis.

He set that lap less than half an hour into the session and it remained unbeaten for the rest of the afternoon.

Ferrari was next with Fernando Alonso and Felipe Massa third and fourth.

Mark Webber put Red Bull into the top five but his teammate Sebastian Vettel's was only ninth.