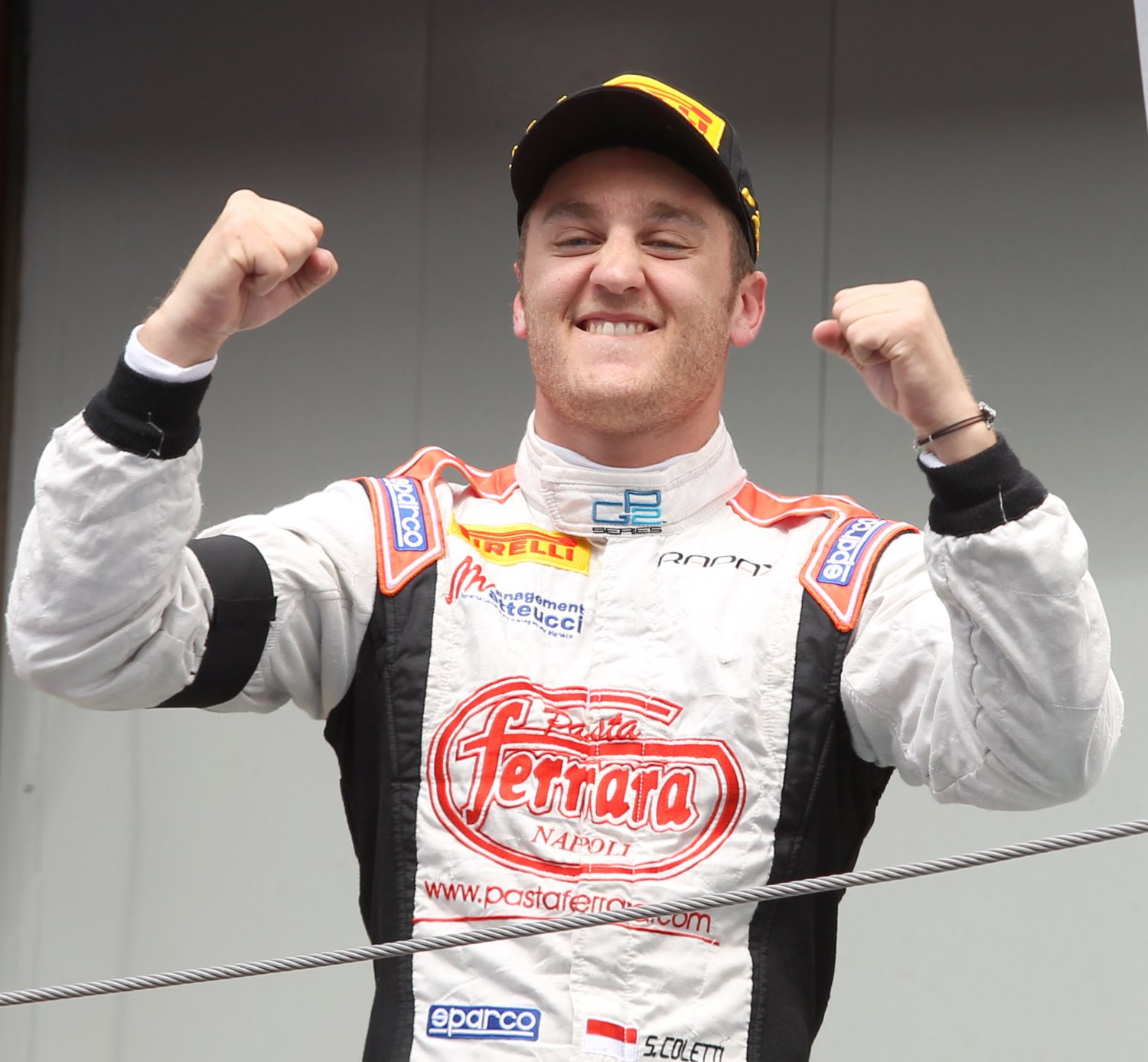 Stefano Coletti has claimed his second win of the season with a mature drive after a storming start for a dominant victory in today’s sprint race in Barcelona, controlling the pace all the way to lead home Robin Frijns and Felipe Nasr.

The win was set up at the start: poleman Johnny Cecotto made a decent getaway but Coletti’s was even better, getting alongside the front man ahead of turn one before going all the way round the outside for the lead. Behind them Tom Dillmann stalled, but Frijns snuck inside while his rivals tripped over each other, giving the Dutchman a clear run to the first corner.

Cecotto tried in vain to fight back but Coletti had the measure of the Venezuelan, who lost grip for just long enough to allow Frijns and Nasr to blow by, while Jolyon Palmer, Alexander Rossi, a slow starting Kevin Ceccon and Rio Haryanto slid in behind.

With everyone needing to concentrate on maintaining their tires to the end of the race most of the field were content to keep their powder dry and wait for their rivals to make a mistake: eventually the damage to Cecotto’s car showed as a train formed behind him, and it was only a matter of time before he dropped back.

Palmer’s pressure finally paid off and he was through on lap 20, although the Venezuelan damaged his front wing against the Briton’s right rear tire, slowing him further: Ceccon tried the same move but ran wide, Rossi locked up going inside Cecotto at turn one and allowed Haryanto through, with Sergio Canamasas and Daniel Abt thrown into the mix with just two laps remaining.

The Spaniard looked to have a clear run on Cecotto but had the door slam shut: with a slowing Canamasas on one side of the track and a squeezed Abt on the other, Haryanto had nowhere to go but over the Spaniard’s rear wing, the second time in the weekend Canamasas had to retire without it, while seemingly half of the field were tripping over each other to find a way to the line.

Out in front Coletti had eased his pace from a gap of over 4 seconds to lead home yesterday’s victor Frijns by 0.6 seconds at the line, with Nasr on the podium again 7 seconds behind them. Palmer had a quiet run to fourth place, with Cecotto the next man to see the checkered flag just ahead of Rossi, Ceccon, Abt and Fabio Leimer.

The win saw Coletti stretch his points haul to 93, ahead of Nasr on 76 points, Leimer on 54, Frijns moving up to 37 points with Sam Bird on 33 and Palmer on 31, while in the teams’ championship Carlin lead Rapax by 107 points to 101, ahead of Racing Engineering on 64, Hilmer Motorsport moving up to fourth with 56 points, one point ahead of RUSSIAN