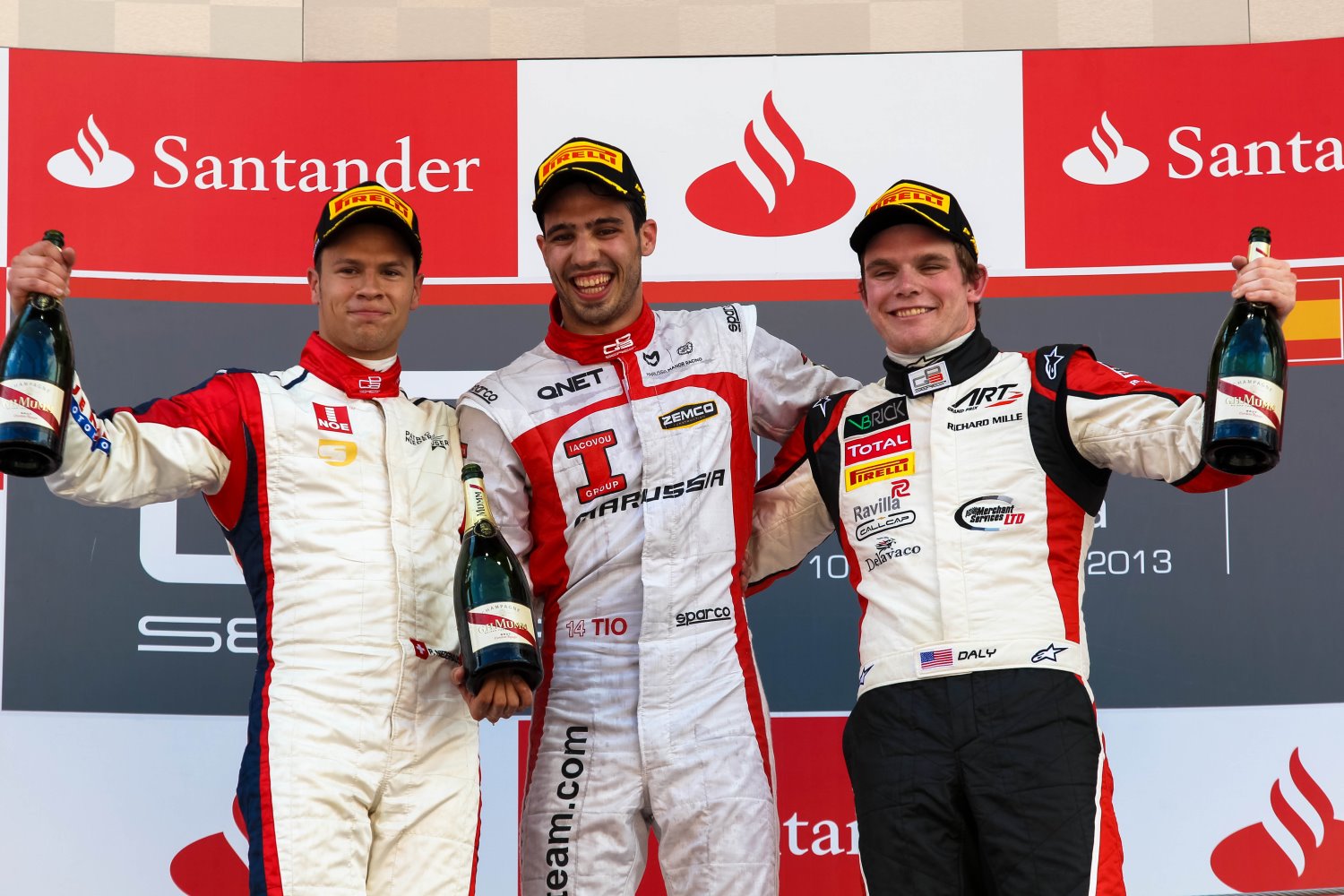 What a start to the 2013 GP3 Series for Tio Ellinas: The Cypriot becomes the first driver in GP3 history to win consecutive races in different seasons, following his victory in Monza 2012 and becoming victorious in the opening round of this year. It was the perfect start with Ellinas pocketing 31 points with pole and fastest lap. It was a nail-biting conclusion with Jenzer Motorsport’s Patric Niederhauser glued to the back of his GP3 machine until the checkered flag with ART Grand Prix's Conor Daly joining in the titanic tussle.

Poleman Tio Ellinas made one his traditional lightning getaways to secure the lead with the top three holding station in a trouble-free first lap. MW Arden’s Daniil Kvyat was the man on the move, passing Carlin’s Nick Yelloly and ART Grand Prix’s Facu Regalia early on.

The Cypriot pushed hard and opened up a 3.5s advantage back to his Swiss rival, posting fastest laps. An early casualty was Josh Webster (Status Grand Prix) who retired with technical issues. Yelloly decided he’d had enough of Kvyat’s MW Arden machine and the duel began with the two swapping places with the Brit’ getting the better of him.

At the midway point Ellinas held a comfortable three second advantage over Niederhauser as drivers began to struggle with tire degradation. There were ten drivers fighting within three seconds of each to get into the points scoring positions, with action aplenty and drivers three abreast.

Marussia Manor Racing’s Dino Zamparelli had a premature end to his race after making contact with the back of Kevin Korjus’ Koiranen GP car, as the action began to hot up at the front of the field. All eyes were on the duo of Ellinas and Niederhauser as the Swiss driver began to put immense pressure on his Cypriot rival. Ellinas resisted his best efforts but that wasn’t going to stop Niederhauser who was giving everything. On the final lap, Daly joined in on the fun as the trio charged hard, but the race belonged to Ellinas who didn’t put a foot wrong, winning by a half a second, with the American one second back.

Ellinas heads the Driver’s Standings on 31 points, with Niederhauser on 18 and Daly on 15.