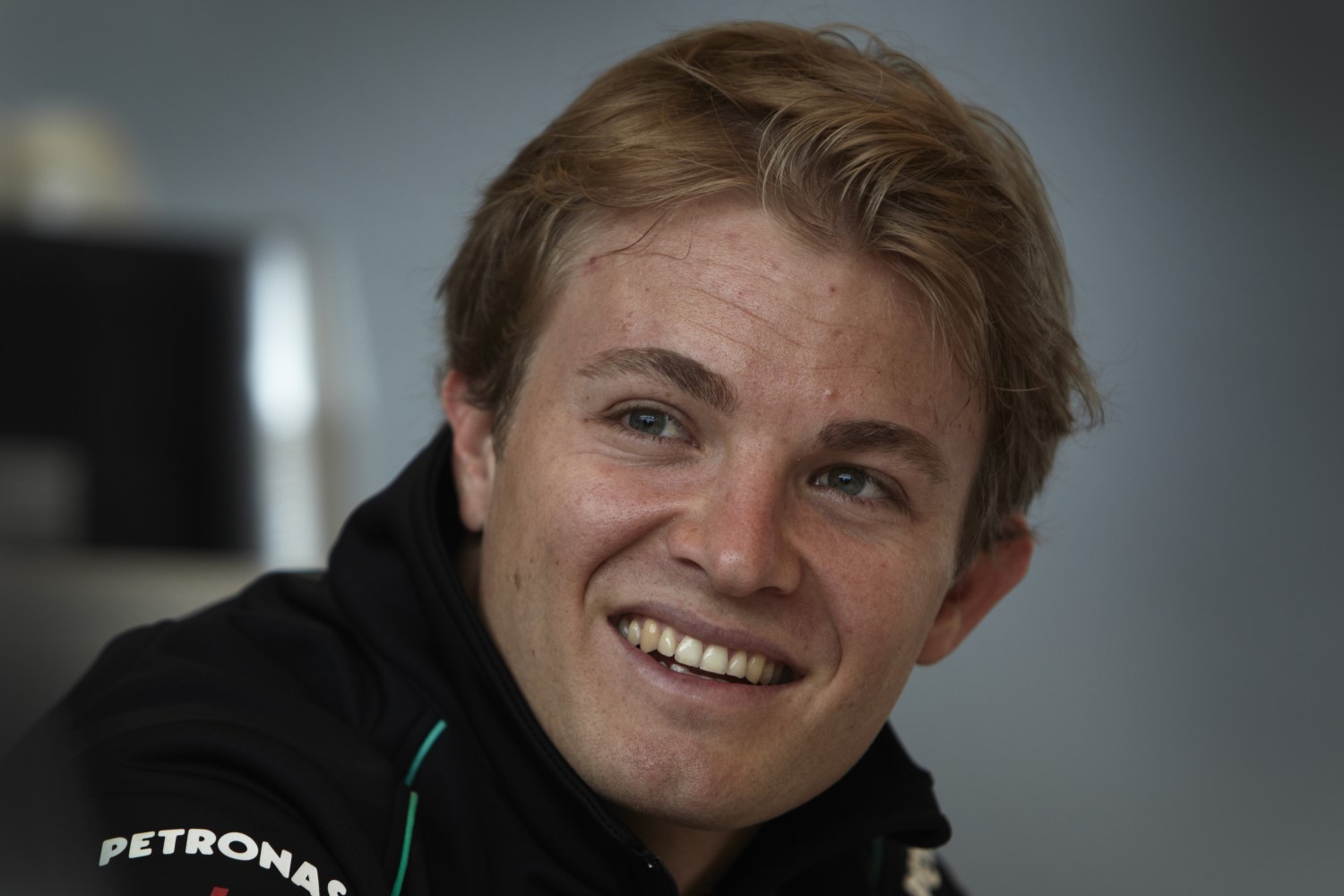 The famous Austrian, who formerly co-owned the Toro Rosso team, was asked whether Briton Hamilton's arrival at Mercedes is the ultimate test for German Rosberg.

"Rosberg has proved how good he is. If he can also hold Hamilton at bay, it will be another milestone.

"For me, those two (Rosberg and Hamilton) are on the same level. Each has his own strengths.

"One has the cooler head, the other more emotion, and it's pretty even," he added.

Berger, 53, also said he has not been surprised by Mercedes' clear step forward in 2013.

"It's not surprising," he insisted, "because they have the best engine and two great drivers.

"It was clear that at some point they would start to get the chassis right.

"Step by step they are coming to the front," added Berger.

Lotus announced on Wednesday that the highly-rated 45-year-old Briton, who worked at Maranello in the Michael Schumacher era, is leaving.

Reports immediately linked Allison with a return to Ferrari.

"I know nothing," Italian reports quote Ferrari president Montezemolo as saying, "so I cannot deny anything.

"As far as I know, these are just rumors. I will say something if there is something to say."

Italy's Autosprint said Allison's next paddock destination is unlikely to be known for at least six months, the standard 'gardening leave' period.

Ferrari aside, "another possibility (for Allison) is a change to Williams," wrote Tobias Gruner in Germany's Auto Motor und Sport.

He told reporters the main issue with the uncompetitive MP4-28 has been the correlation of information between the wind tunnel and the track.

"I'm sure," said Neale, "if we sat down and had a quiet conversation with our colleagues in Italy and said 'how did the first quarter of last season feel for you?', they would understand with some clarity what we're going through at the moment."

McLaren is unveiling a big package of upgrades this weekend in Barcelona, but Neale is keen to play down expectations.

"Setting ourselves up for a blow on the chin from you (reporters) isn't very funny," he said.

Surer thinks Lauda chasing Vettel for Mercedes
(GMM) Marc Surer, a former Swiss F1 driver turned commentator, says he is not sure he believes Mercedes is not making a move for Sebastian Vettel.

But Surer is quoted by Speed Week: "If you want to be a top team, you have to try to weaken your opponent.

"This way (signing Vettel), you would weaken your rival and strengthen yourself at the same time.

"It's completely normal if Niki Lauda is trying to get Vettel," added Surer.

It is likely Lauda backpedalled on his public approach to Vettel due to the signal it sends to Mercedes' existing drivers, comprising Nico Rosberg alongside Lewis Hamilton.

"Of course it's unpleasant as a driver if you know your team is looking for alternatives, and if you look at the contractual situation, then that is Rosberg," said Surer.

We reported last month that venues in Bahrain and Qatar have applied to host F1 next winter, as teams look to the Middle East for better testing weather than wet and cold Spain.

"There is an interest to do pre-season testing outside of Europe which would be of interest to us," Richard Cregan, boss of the Abu Dhabi venue at Yas Marina, is quoted by AP news agency.

The first detection point has been placed before the entry to Campsa (Turn 9), with the activation area following along the back straight until the braking zone for Turn 10.

Drivers will get a second opportunity to use the device on the start-finish straight, with the detection marker being positioned alongside the entry to the pit lane.

"We saw in both China and Bahrain that Formula 1 cars can race really closely if they are under the right conditions," said the Mexican. "Barcelona has always been a difficult circuit for overtaking, so I hope the new regulations will improve matters."

Jones to serve as driver steward in Spain
Alan Jones, the most recent Australian Formula 1 World Champion, will act as the driver representative steward for the Spanish Grand Prix at the Circuit de Catalunya.

Jones, who secured his sole title with Williams in 1980, has held the stewarding role on four occasions, making his debut at the inaugural Korean Grand Prix in 2010. The 12-time Grand Prix winner last undertook the responsibility in India last season.

McLaren has concerns about mid-season test return
McLaren has expressed concerns over the potential impact of reintroducing a mid-season test in the future, with Managing Director Jonathan Neale arguing that it would apply "a lot of pressure" on teams and their staff members.

Last September the decision was taken not to hold such a test this year, as the costs would outweigh the benefits. But ahead of the regulation overhaul in 2014, which includes the arrival of turbocharged 1.6-litre V6 units, the idea is still being discussed.

"I think we have to be very cautious about the reintroduction of track testing, if we decide to go that route," Neale explained during a Vodafone McLaren Mercedes phone-in. "It will put a lot of pressure on that particular sector of the business.

"To run in-season tests at nine or 12 days will probably mean the reinstatement of a test team, and that is against everything we've been doing to try to manage costs in Formula 1. I am very cautious and I think [Mercedes team boss] Ross Brawn has said some very sensible things about taking care of those who travel to every race."

A mid-season test was staged at the Mugello circuit, Northern Italy, last year.