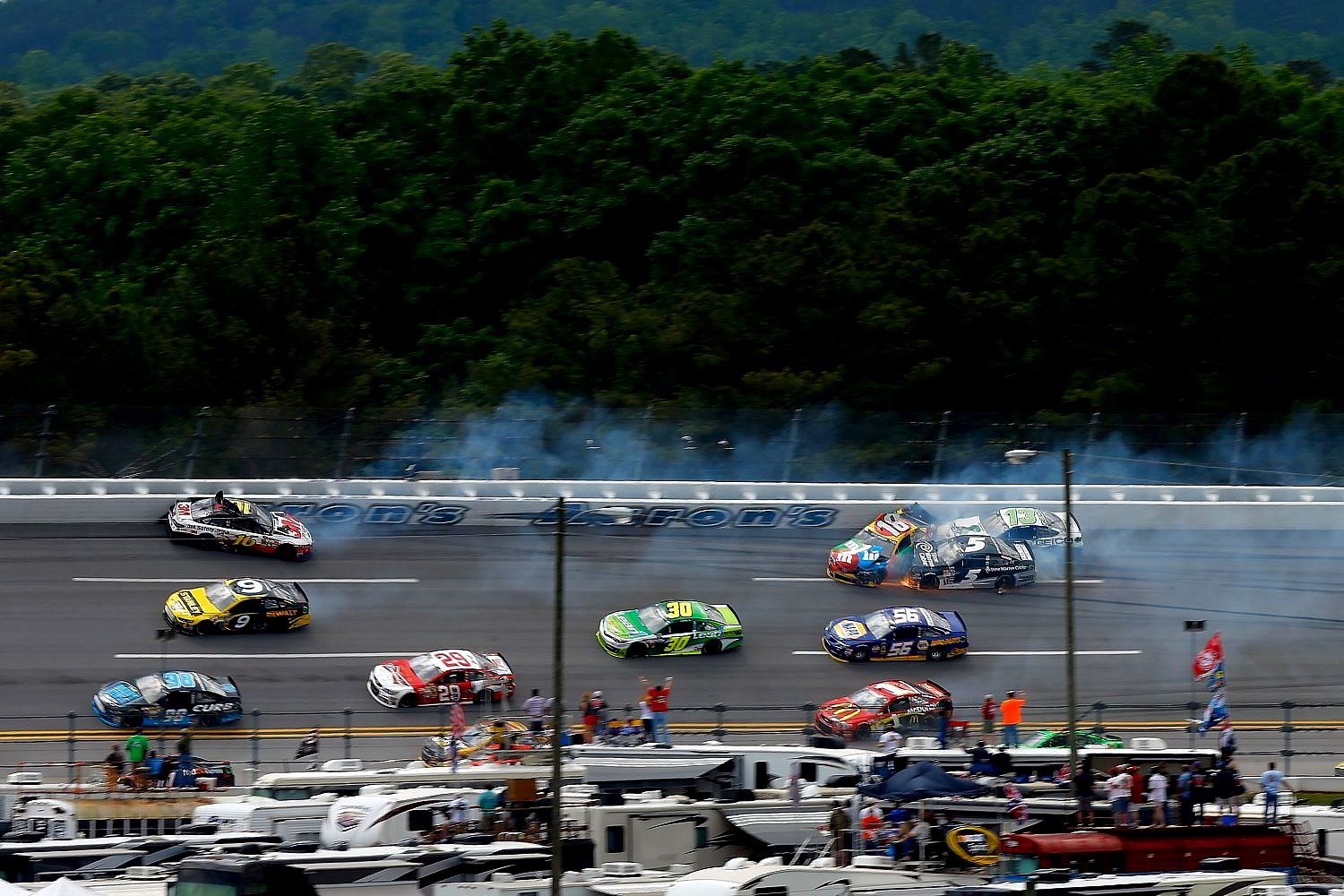 It took just 42 laps for the Big One to erupt, and it took out some big names at Talladega Superspeedway.

Kyle Busch and Kasey Kahne were battling for second when Busch tapped Kahne’s car from behind, turning them both into the outside wall and setting off a chain-reaction crash that collected 16 cars and left a huge mess of wrecked cars in Turn 2.

“I’m alright, but I caused it," Busch told him team immediately after the crash.

Vickers had just relieved teammate Denny Hamlin, who started the race but climbed out of his car during the first caution period because of an injured back that has caused him to miss the past four races.

Vickers restarted at the rear of the field after the Lap-24 driver change but quickly charged into the top 10.

Busch said Kahne moved up in front of him in the big pack of traffic, but took the blame for the accident.

"I don't know what happened," Busch said. "I got to the back of the 5 and was going to try to go to his outside and he moved up. I didn't expect it and tried to move down.

"I hate I caused a helluva melee for everyone. It's way too early to be making those kind of moves."

Kahne said he had momentum at the front and moved up in front of Busch.

"I was trying to stay with (teammate) Jimmie (Johnson) and I saw I could get in front of the 18 (Busch)," he said. "We were just going for it, everybody shoving and you really can't hit each other in these cars."

Busch, Kahne, Biffle, Harvick and Vickers were knocked out of the race while several other drivers returned with damage to their cars.

Vickers was hoping to gain valuable points for Hamlin, who must make up big ground to have a chance to make the Chase. He will almost certainly finish 30th or worse after the wreck.

Danica Patrick made several evasive moves to miss spinning cars, but damaged the splitter to her car when she ran onto the apron and through the grass. She stayed on the lead lap, however, and was still in contention on Lap 60. Sporting News