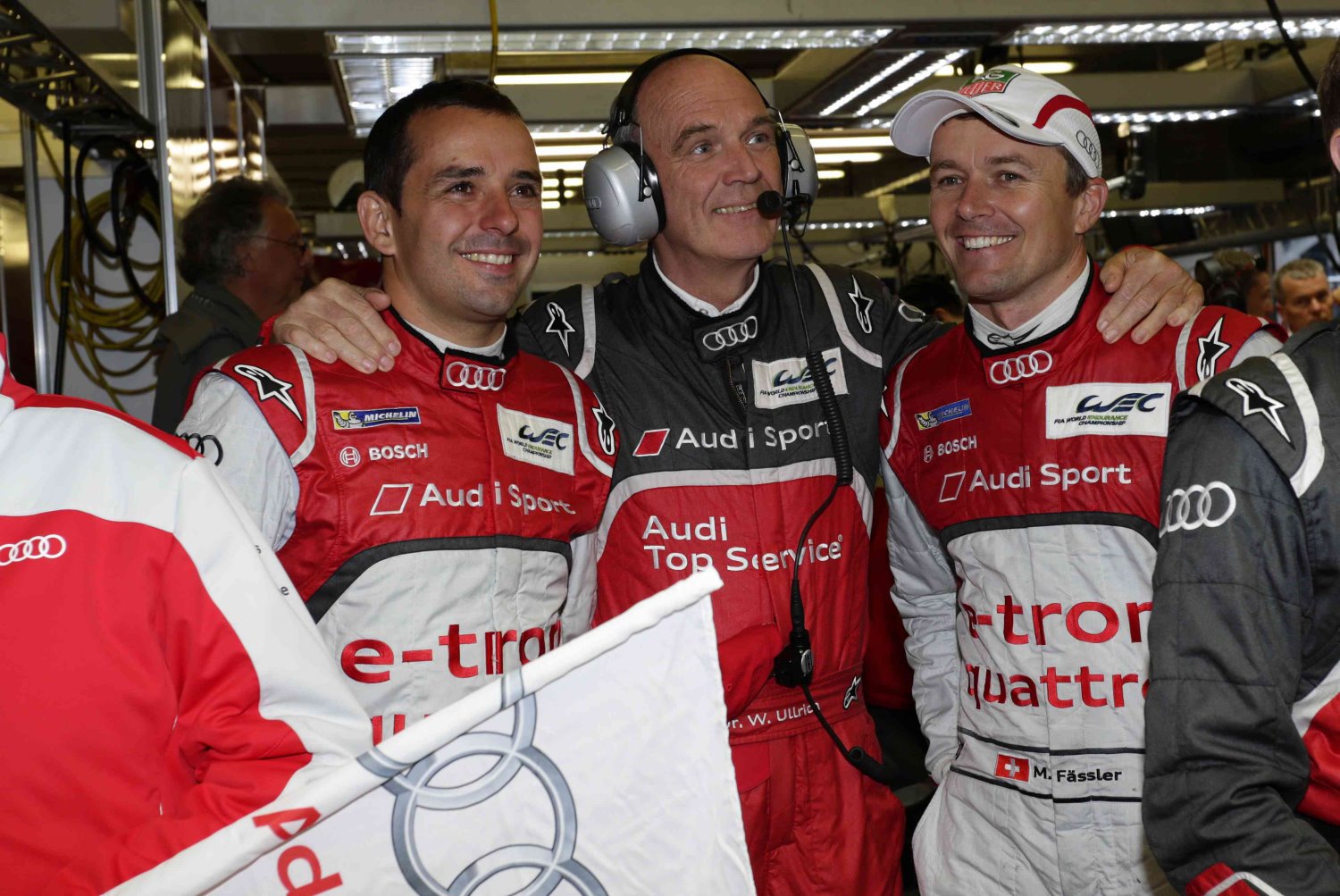 Audi had a flawless second race weekend in the FIA World Endurance Championship (WEC). At Spa, the brand started from the three best positions with the R18 e-tron quattro and after the six hours of racing mounted the podium with all three driver teams. Audi won the Belgian WEC round a year ago as well.

With positions one, two and three in qualifying and the race, the three Audi hybrid sports cars achieved the best possible result. In the competition of the hybrid vehicles, Audi celebrated a victory against Toyota for the second time in succession this year. In the season opener at Silverstone, the race cars from Ingolstadt and Neckarsulm managed a one-two win three weeks ago.

On the way to their first WEC victory of the season, the World Champions Marcel Fassler/Andre Lotterer/Benoit Treluyer (CH/D/F) delivered a strong performance. The trio crossed the finish line with an advantage of 1m 05s after having suffered misfortune on the roller-coaster in the Ardennes at the beginning of the race. In the second hour of the race, a piece of debris damaged a tire and forced Andre Lotterer to make an early pit stop. From seventh place BenoÃ®t Treluyer, who had taken over driving duties at the stop, battled to recover. 74 minutes later, car number one was running in front again.

Lotterer was happy to get the win after a difficult race.

“What a race! The one-two-three win for Audi is fantastic. We had a lot of obstacles in the race. I didn’t have a good start but quickly managed to gain an advantage, but then we lost it again due to the safety car period and the puncture. After that, it was only full throttle for us. Marcel and BenoÃ®t drove brilliantly. We recovered the loss. It was one of the nicest victories because it was a hard-fought one. And I grew up in Belgium and won here for the first time."

The Silverstone winners LoÃ¯c Duval/Tom Kristensen/Allan McNish (F/DK/GB) achieved second place. In the standings, the French-Danish-Scottish duo is trailing their fellow drivers in car number 1, who are taking an additional point home for having posted the best qualifying time in Belgium, by only one point.

A remarkable performance was achieved by Marc Gene/Lucas di Grassi/Oliver Jarvis (E/BR/GB). They shared the number 3 hybrid sports car, which has already been aerodynamically optimized for the upcoming run at Le Mans. With that, the car was not the optimum solution for the 7.004-kilometer circuit in the Ardennes but Audi is able to gain valuable findings from the data of both vehicle types. The lower downforce of the race car certainly did not make handling it in the many fast turns in Belgium any easier. Still, the Audi driver trio crossed the finish line in front of the best Toyota, car number 8.

The result in Belgium marked an amazing fourth endurance race victory for the brand this year. The success of the Audi R8 GRAND-AM in the GT class at the Daytona 24 Hours and victory at the Sebring 12 Hours with the Audi R18 e-tron quattro were followed by the two WEC wins. The next station on the calendar will be Le Mans on June 9 when Audi Sport Team Joest is going to prepare for the Le Mans 24 Hours on the official test day. On June 22 and 23, Audi will aim to achieve its twelfth victory at the classic endurance race.