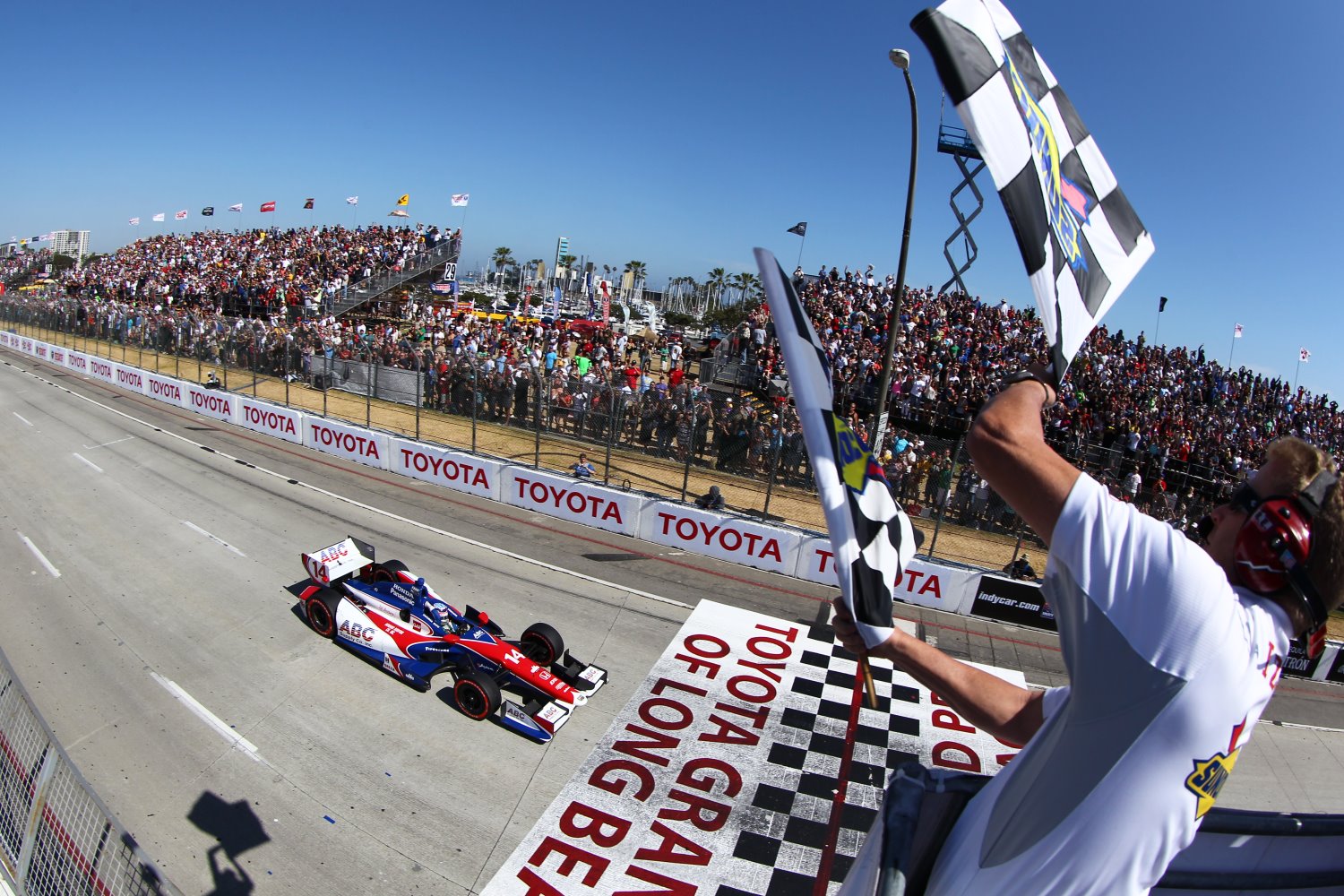 They ran the 39th annual Toyota Grand Prix of Long Beach on Sunday along Shoreline Drive under blue skies, a warm sun, a capacity crowd and a strong scent of nostalgia.

It just as easily could have been the 14th Grand Prix, which was held in 1988, a quarter-century ago. In 1988, the legendary A.J. Foyt drove the race for the first time and a young driver named Bobby Rahal finished second.

As one can imagine, the Foyt and Rahal families were excited about the success of the new day and the links to the past. In the case of A.J. Foyt, it was his team's first win since 2002, bringing a name back to the forefront of a sport A.J. once dominated. Foyt won the Indy 500 four times and won five IndyCar titles.

Foyt, now 78, wasn't in Long Beach because he's scheduled to undergo surgery for a sciatic nerve problem this week.

"He really hated that he wasn't here," Larry Foyt said, relaying the conversation he and his dad had after the race. "He's still the big boss man, and this is great for him.

"He said he was actually calm in the race, and pretty glad he stuck around to see a win. He knew our last was in 2002."

You have to go back to 1978 to find a win for Foyt and his team on a street or road course. Foyt has always been an oval guy, which is why he and his team had modest achievements in Long Beach. He or one of his team drivers ran here from 1988 to 1995, the best finish a fourth-place showing by Eddie Cheever in 1995.

When the CART/IRL split came, Foyt went to the IRL and had success right away with Scott Sharp and Kenny Brack behind the wheel. The team struggled some the following decade with a plethora of driver changes, and Larry Foyt, who drove on the NASCAR circuit, put his driving career away at his dad's request to learn the business and run the day-to-day operation.

"It was a slow process," he said. "I didn't make a lot of changes at the start, and even today we don't make decisions without bouncing them off A.J. But he does understand the need for change." More at Long Beach Press Telegram