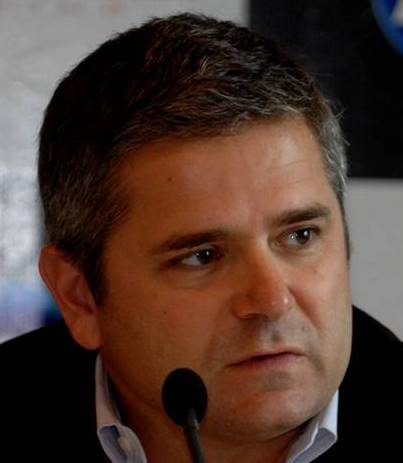 Associated with HPD and the Honda Racing program since 1996, de Ferran won his first Championship Auto Racing Teams (CART) Indy car race for Honda at the 1996 Cleveland Grand Prix. He went on to score another six wins and 16 poles with Honda power, and claimed the 2000 and 2001 CART IndyCar World Series championships.

In qualifying for the 2000 CART season finale at California Speedway, de Ferran set a world closed-course speed record of 241.426 mph, a record that still stands as the fastest ever recorded at an official race meeting.

De Ferran won the 2003 Indianapolis 500, then retired from open-wheel competition at the end of that season. But he returned to racing, with HPD, in 2008 as owner/driver of an Acura ARX- 01b sports car in American Le Mans Series competition, More race victories followed, along with the ALMS championship in 2009 driving the new LMP1 category Acura ARX-02a.

In addition to his success as a driver and team owner, de Ferran also served as Sporting Director for the Honda Formula One team from 2005-07.

"It feels like a homecoming for us, as Gil has played such an important role for the Honda Racing effort in both open-wheel and sports-car racing for such a long time. His skills and expertise are almost impossible to duplicate, and we look forward to his continuing contributions to HPD's racing programs."

"I have always had the utmost respect and admiration for Honda and its role in motorsports," said de Ferran. "Honda has been a common thread in my racing career since we first worked to develop their Indy car engines in 1996, which led to winning races and championships, followed by my time in Formula One and the amazing Acura ARX-02a. Throughout our long and storied history, whatever role I played, we have developed a great, successful, enjoyable and effective working relationship. I look forward to contributing to Honda's efforts once again."