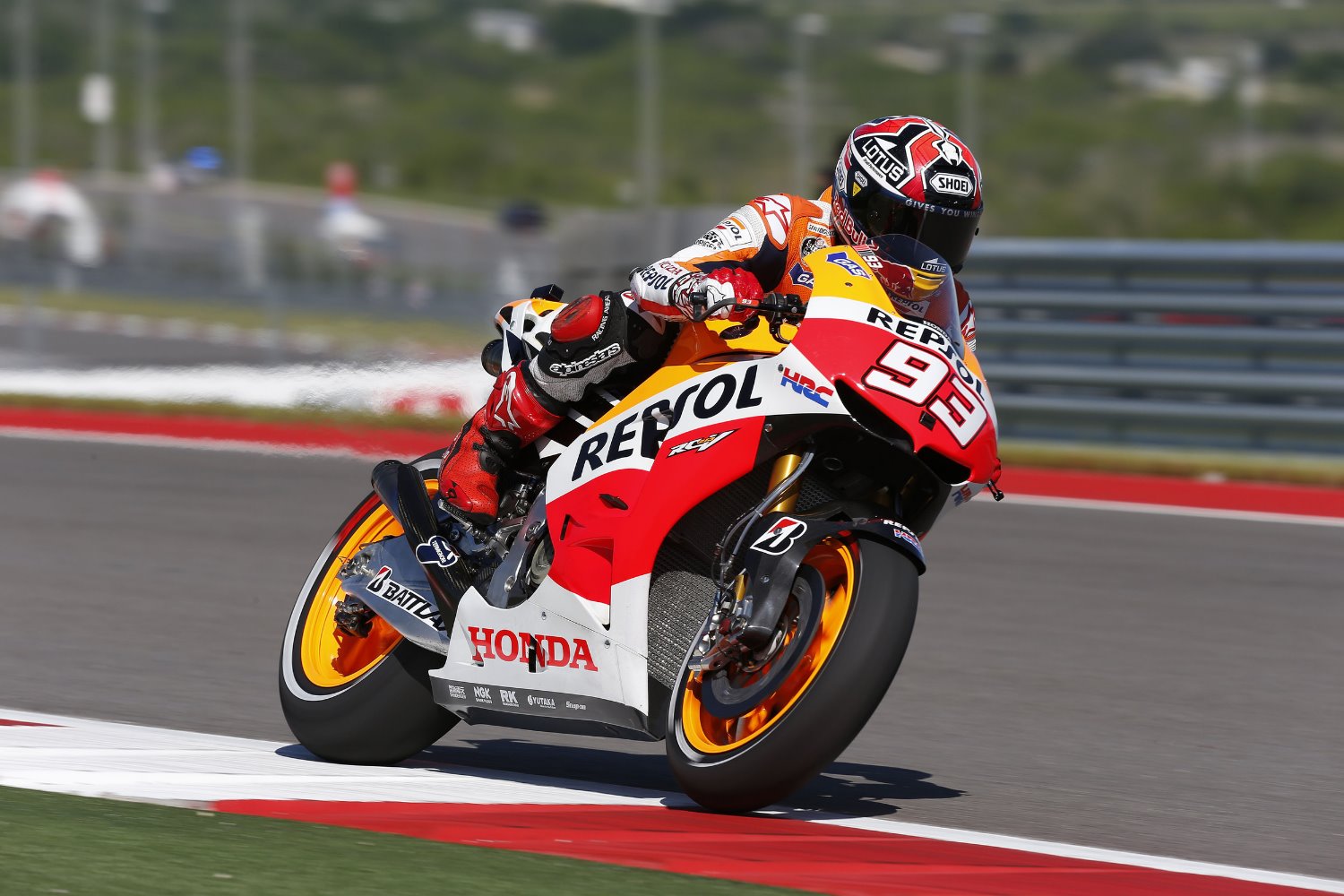 Repsol Honda's Marc Marquez will start from pole position for tomorrow's Red Bull Grand Prix of The Americas after setting the fastest time on two wheels around the 5.5km Texas racetrack with a lap time of 2'03.021. Teammate Dani Pedrosa, was just two tenths off Marc, setting a time of 2'03.275 and will start alongside him in second place for the 21 lap race.

Track conditions improved again today and the riders dropped their times steadily throughout the practice sessions. However, in this morning's FP3 session Marc had a big highside crash in T19 on his outlap but fortunately escaped without serious injury. The team were left with a mammoth task to rebuild the heavily damaged bike, but managed to achieve it and give Marc the best chance for qualifying.

With this result, Marc is youngest rider – 20 years and 62 days, to start from pole position in the premier class, taking the record from Freddie Spencer who qualified on pole at Jarama in 1982 at the age of 20 years and 153 days.

Today also marks the 10th anniversary of the death of Daijiro Kato, who sadly passed away after a tragic accident in Japan in 2003. As a mark of respect, both Marc and Dani displayed his number 74 on the front fender of their RC213V machines.

Marc Marquez 1st 2'03.021
"We are happy of course, because we took our first pole position which is important and always exciting! We knew beforehand that we could fight for pole, but you never know what will happen in the session. Both Dani and Jorge are fast over a single lap, and we managed to overcome them. The important stuff starts tomorrow, because we have a long, physical race with many of changes of direction to deal with. We need to be ready, because tomorrow is what really counts and I will do the best that I can!"

Dani Pedrosa 2nd 2'03.275
"The session was a little tense, as in fifteen minutes you only have time for four good laps. Fortunately we didn't have any problems with traffic this time, and I was able to focus and put in a strong lap – faster than all but one in the end! It was a good session, and we took second on the grid which is positive, because Marc put in a fast lap and is close by. We need to try to increase the rear grip for tomorrow and work towards having a strong race"