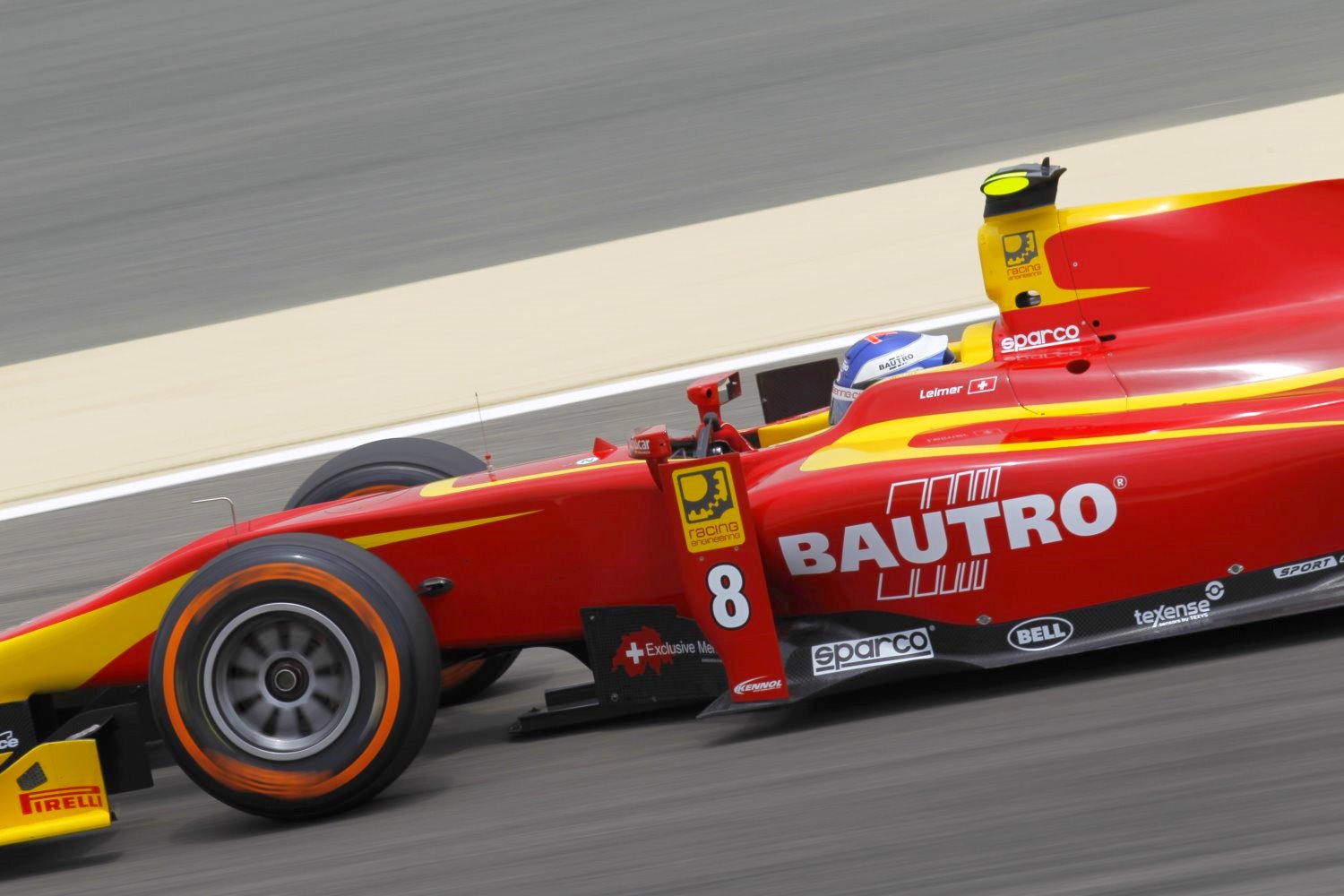 Fabio Leimer means business: the Swiss driver lost no time impressing the rest of the field after he set the pace in this morning’s free practice at Bahrain International Circuit in a lap time of 1:41.361, one second quicker than his closest rival Sam Bird.

The second round of the 2013 GP2 Series season opened in Sakhir today under grey skies with light spots of rain falling on the track. But the scorching temperatures meant the wet weather tires remained safely tucked away in the garages. The twenty six drivers took to the track on the Hard compound and Leimer was quick to top the timesheets: on his second lap, he set the pace in 1:42.369. Series leader Stefano Coletti caught up with the Swiss but was two tenths slower.

Two laps later, Leimer delivered the ultimate hammer blow by re-enforcing his position at the top of the standings, lighting all purple sectors and leaving the rest of his rivals with the hard task to try and reduce the gap. Bird ended up closest, but remained a clear second behind the Swiss ace. At the fifteen minute mark, most of the drivers returned to the pitlane to assess their set up options. Robin Frijns, Kevin Giovesi and Pal Varhaug chose to stay out a bit longer on a clear track in order to come to grips with the layout.

With ten minutes left on the clock, all cars came back out. The remainder of the session was trouble-free and studious. At the checkered flag, Leimer remained untouchable ahead of Bird and Coletti. Behind the top 3, rookie Alexander Rossi seemed comfortable at the wheel of his Caterham car. Marcus Ericsson finished fifth ahead of Felipe Nasr, James Calado, Tom Dillmann, Johnny Cecotto and Daniel Abt.

The qualifying session will start today at 4pm local time.