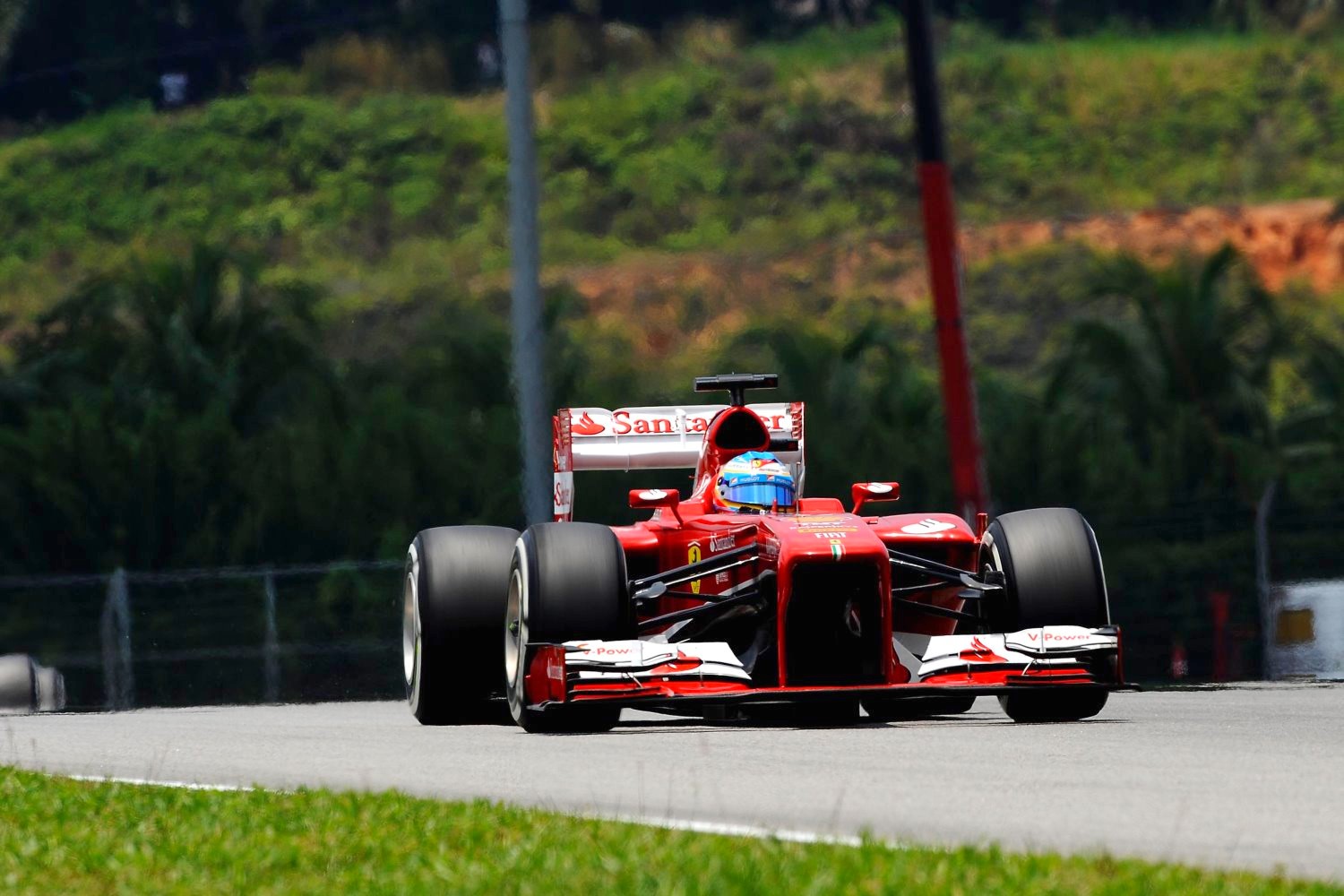 This year, the Chinese Grand Prix celebrates its tenth birthday, with every race having taken place at the massive and monolithic Shanghai International Circuit. As Formula 1 has expanded its horizons in recent years, it has generally headed for nations that were expanding their economy. That was definitely the case when the sport landed in the country with the second highest Gross Domestic Product.

Since then, China’s growth on the automotive front has run at the speed of a Formula 1 machine, making it the second largest market in the world for Ferrari road cars: just under 800 cars were shipped to the area known as Greater China in 2012, with no less than 500 going to China itself. Motor sport is expanding in the region and later in the year, the Shanghai circuit hosts a round of the Asia-Pacific series of the Ferrari Challenge one-make championship.

The Grand Prix teams have yet to perform to a full house at this circuit on the outskirts of Shanghai and that is unlikely to change until a Chinese driver makes it to the grid. Here too the Maranello marque is helping to promote motor sport, and the Ferrari Driver Academy is working with the Chinese Automobile Federation to increase awareness of the sport and to assist young drivers.

Last year, running a three stop strategy in the less than competitive F2012, Fernando Alonso finished ninth, while a two stopping Felipe Massa was thirteenth. Twelve months on, the Brazilian is confident that a better weekend is in prospect. “I know we have only done two races, but I have a good feeling so far this season," says Felipe. “The work we did with the F138 over the winter has taken us in the right direction and the car has much more potential. Of course, I always want to be fighting for the win, although that did not work out in the first two races, but the signs were good with an excellent race pace and now we have to keep moving forward race by race." After just two Grands Prix, it would be unreasonable to expect to see any definite trends emerging. “All I can say is that there are definitely more than two teams that are capable of fighting for the wins and the championship," reckons Felipe. “Our team is one of them, with the car moving forward in the right way and it is delivering results on track that we expected when looking at data in the wind tunnel and the factory. In Melbourne we had a car that was capable of winning and in Malaysia the car was again competitive, even if conditions made the race something of a lottery.

In the break since Malaysia, Massa, along with Alonso, has spent some time at the factory in Maranello and that’s put him in a reasonably confident frame of mind for the coming weekend. “We are well prepared for China and we will have all the updates we hoped to bring with us in Shanghai, after work in the factory and the simulator last week," he revealed. “I hope this translates into a further performance improvement on track. Shanghai is a very nice track with a variety of corner types and fast straights, so you definitely need a car that works well in the fast sections, but you also need it to have plenty of downforce to deal with the tighter turns. We can expect to see quite high tire degradation, especially on the fronts. As to the Brazilian’s expectations for the third round of the championship, the Paulista sums them up succinctly: “the aim is to fight for a lot more points, for a podium, for a win even, because you have to set yourself high targets."

It is part of a driver’s make-up to always be optimistic, but we can expect Technical Directors to be a bit more circumspect and that’s the case with the Scuderia’s Pat Fry. “We’ve shown reasonable race pace and on all the tire types we have used so far we have performed well, however we still have a way to go to be quickest in qualifying and we are working very hard on that at the moment," says the Englishman, when asked for an assessment of the first two chapters of this season. “We’ve been concentrating on the longer runs, even if they are not as long as in the past, because this year we expect more pit stops during a race. However, we have not ignored our qualifying pace. I am sure there is more to come on this front, as we learn more about our car and start getting the best out of it. The key will be to try and move our car development program forward quicker than the other teams do. It’s a tough cycle that will last all year and we need to at least match our 2012 development pace if we are to perform better in qualifying. So far, we have worked well, all the way through from design to manufacture, improving on how we did things last year in terms of actually getting new bits onto the car. Also, our aero correlation is better."

Fry is equally cautious when it comes to assessing the F138’s chances in China. “Shanghai is a challenging mix of different corner types and a 1.2 kilometer straight. Is it going to suit our car better than some others? It is too early to say, as there are too many unknowns. For example, it will be the first weekend this year that we will use the Pirelli Soft compound, along with the Medium. At the end of this Grand Prix, we will have a clearer picture of how all the tires compare to one another. So to some degree, Shanghai will be another learning exercise for everyone, although we can say that our pace, relative to the other teams, has been okay on all the tires we have tried so far."

The Scuderia was the first team to have its name engraved on the Chinese GP winner’s trophy when Rubens Barrichello was first past the flag in 2004. There were a further two wins for the Prancing Horse, from Michael Schumacher in 2006 and Kimi Raikkonen in 2007. As for our current line-up, Fernando Alonso won, but not in red, in 2005. The Spaniard has started from pole twice and has two other podium finishes to his name. Felipe Massa’s best finish was a second place in 2008.